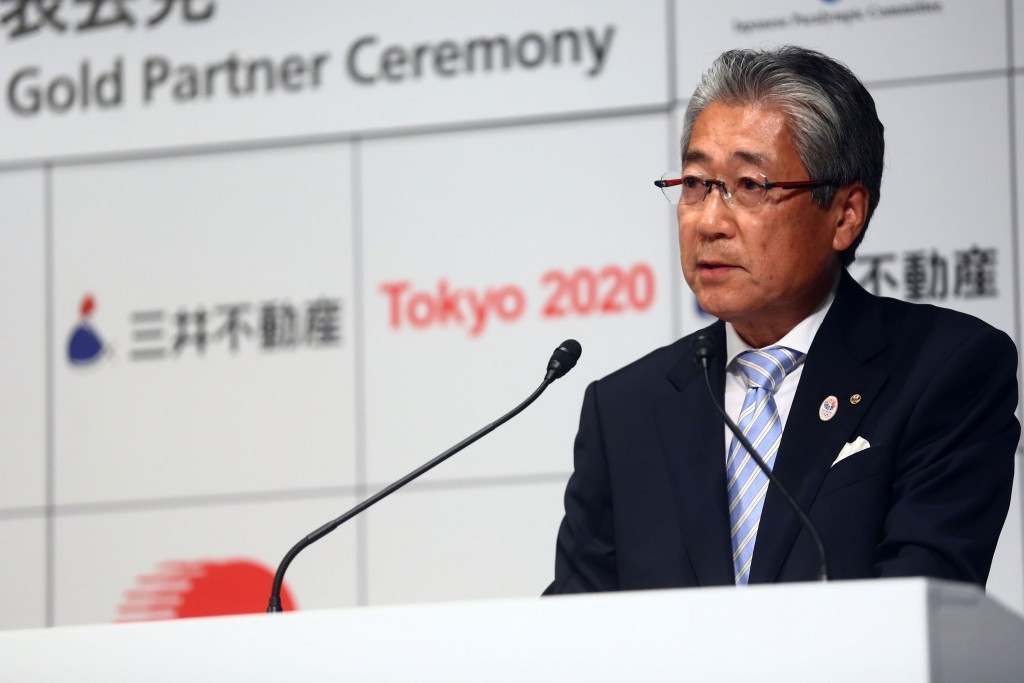 Tokyo 2020 officials have claimed that payments made to the corruption-linked Black Tidings bank account were "legitimate" amid allegations of vote-buying.

Crisis has engulfed the upcoming Games in the Japanese capital after it emerged that French prosecutors were investigating transfers totalling $2 million (£1.3 million/€1.7 million), made in 2013 to the Singapore account allegedly used by the disgraced Diack family.

Lamine Diack, the former President of the International Association of Athletics Federations (IAAF) who was later embroiled in corruption allegations, also served as an International Olympic Committee (IOC) member until 2013.

Extra ammunition is added to this argument by the fact the issue was previously mentioned in the World Anti-Doping Agency (WADA) Independent Commission report in January.

Chairman Richard Pound said that Diack may have used his position as IAAF President and IOC member to try to influence the campaign for the 2020 Olympics, with the report suggesting a sponsorship deal paid by Japan, and not Turkey, may have led to the Senegalese and allies voting for Tokyo rather than defeated rival Istanbul.

According to the WADA reports, Black Tidings is reportedly controlled by Ian Tan Tong Han.

With the scandal continuing to develop, Tsunekazu Takeda, the President of the Japanese Olympic Committee who was the leader of Tokyo 2020's bidding committee, has released a joint statement with former director general Nobumoto Higuchi to deny wrongdoing.

"As I was a member of the Tokyo 2020 Bid Committee, media reports have come to our attention claiming misconduct during our activities," the statement said.

"We would like to reaffirm that the Olympic Games 2020 were awarded to Tokyo as the result of a fair competition and as a result of the contents of our bid.

"The payments mentioned in the media were a legitimate consultant's fee paid to the service we received from Mr Tan’s company.

"It followed a full and proper contract and the monies were fully audited by Ernst & Young ShinNihon LLC.

"The Tokyo 2020 Bid Committee can confirm that it paid an amount for the professional services received for the following consultation work including; the planning of the bid; tutoring on presentation practice; advice for international lobbying communications; and service for information and media analysis.

"All these services were properly contracted using accepted business practices.

"The firm contracted for this work had good credentials and references and were experts on Asian and Arabic and we were fully satisfied with the service we received from them.

"Furthermore, the amounts paid were in our opinion proper and adequate for the services provided and gave no cause for suspicion at the time.

"This message was conveyed to the IOC when these allegations first surfaced after a request for information from the IOC.

"The activity by the Tokyo bid Committee was at all times fair and correct, and we wish the Tokyo 2020 Organising Committee every success."

Lamine Diack was arrested in France in November amid allegations bribes had been taken to cover up failed drugs tests.

His son Papa was one of three people banned for life by the IAAF for helping Russian marathon runner Liliya Shobukhova avoid punishment for doping.

When contacted by insidethegames concerning the allegations of a payment by Tokyo 2020, an IOC spokesperson stated: "The IOC Chief Ethics and Compliance Officer has been in contact with the French magistrates in charge of the investigation on the IAAF case, and with WADA, since its start.

The Turkish Olympic Committee, architects of the failed Istanbul bid, distanced themselves from the situation and from comments attributed to Yalcin Aksoy, the deputy general secretary, who reportedly told the Daily Mail London would best placed to host in 2020 in the extreme scenario of Tokyo being stripped of the Games.

"The Turkish Olympic Committee is aware of the allegations made against the Tokyo 2020 Bid Committee," a statement said.

"However, this matter is now being fully investigated by the International Olympic Committee and therefore the TOC will not comment further on the allegations until the IOC and the French authorities have completed their work.

"It would be wrong to try and pre-judge the findings and any possible action that may follow.

"Concerning recent comments in the British media attributable to the TOC regarding the 2020 Games potentially moving to London, these were the personal views of an individual and do not reflect the official views of the TOC. Only the IOC can decide where the Games are held.

"The campaign for the 2020 Games is now over for Turkey."

Tokyo 2020 has not been short of crisis since being awarded the Olympic and Paralympics in Buenos Aires.

Organisers had to scrap initial Olympic Stadium plans due to rising costs and the logo was also axed and replaced following a plagiarism row.