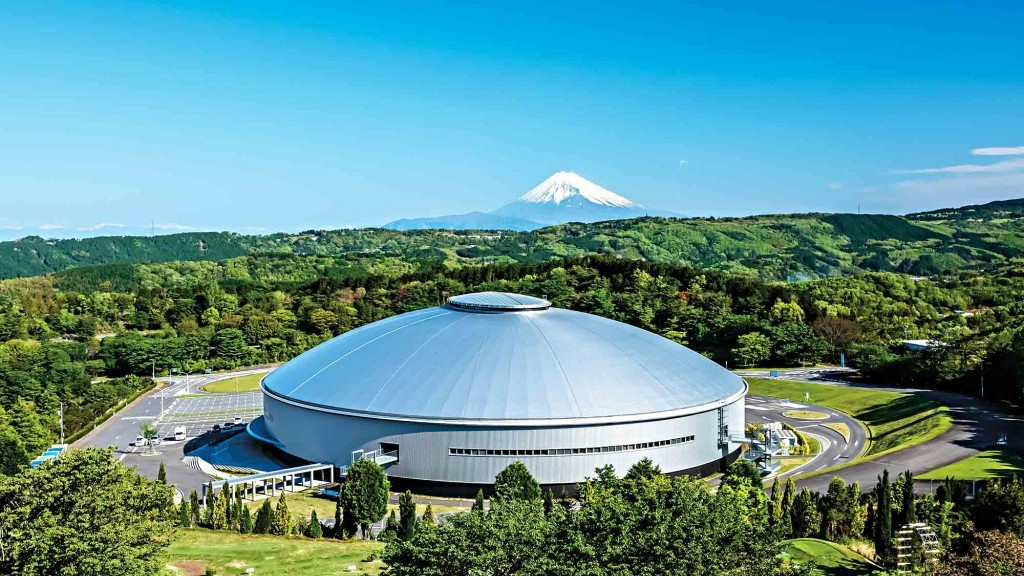 Track cycling and mountain bike events at the Tokyo 2020 Olympic Games will take place 120 kilometres away from the Japanese capital in Izu, the International Olympic Committee (IOC) confirmed here today.

The Izu Velodrome at the Japan Cycle Sport Centre will undergo a revamp for the Games, including an increase in the seating capacity.

Significant investment is thought to be needed to upgrade the current facility to Olympic standards.

Mountain biking competitions will be held at an existing course, located in front of Mount Fuji, which will also be renovated.

It has also been confirmed by the IOC that a 5,000-seater temporary venue will be built to house BMX events in Ariake, Tokyo, while the road race and time trials are due to be held in the centre of the capital.

The news comes as a result of extensive discussions between the IOC, Tokyo 2020 and the International Cycling Union (UCI).

UCI President Brian Cookson had previously said the body was are "not happy" about the proposal but tried to put a positive spin on the decision officially confirmed today following the presentation by Tokyo 2020 to the IOC Executive Board here.

"Today’s announcement marks an important milestone for cycling at the Olympic Games and I would like to thank the IOC and Tokyo 2020 Organising Committee for their collaboration in agreeing these venues," he said.

"Athletes, spectators and those watching around the world will experience not just incredible venues, superb infrastructure and forensic planning, but also spectacular backdrops such as the Imperial Palace Garden and Mount Fuji to create truly unique cycling events.

"I am pleased that cycling is helping to lead the way in embracing the IOC’s Agenda 2020.

"This is not just in terms of our commitment to use existing venues, but also to work alongside the Organising Committee, Japanese Cycling Federation and city authorities to drive a real legacy of increased participation in cycling and in Japan hosting a number of major UCI events over the longer term.

"I’m convinced that this type of partnership approach, underpinned by a longer term vision, can achieve a win-win for the Olympic Family, host cities and International Federations such as the UCI.”

An agreement was originally due to be reached by the start of the IOC Session in Kuala Lumpur in July, and then in September, but negotiations had continued to stall.

Cycling officials had been concerned that staging the competitions a significant distance from Tokyo would detract from the Olympic experience for the athletes.

The IOC insist this will not be the case, however, as athletes who will be taking part in Izu will be able to stay at the main Athletes' Village before and after their competitions.

During the event they will be housed at a satellite village close to the Japan Cycle Sport Centre venue.

Tokyo 2020 officials claim the move will save around ¥10 billion (£54 million/$100 million/€75 million), despite the upgrades that are needed to the facility.

There remain fears over the distance between Izu, a city located in central Izu Peninsula in Shizuoka Prefecture, famous for its hot springs, and Tokyo.

It has been claimed, however, that the journey between the two venues takes less than three hours via train and will be easily accessible to athletes, officials and spectators.

The Izu Velodrome, located to the south-west of Tokyo, is the first 250 metres indoor track to be built in the country, with a view to establishing it as a training hub for elite-level Japanese cyclists.

The village for athletes competing in track cycling and mountain biking events, Laforet Shuzenji, is located 19.4km from the venue, with an approximate travel time of 30 minutes, it is claimed.

The most popular form of cycling in Japan is keirin, a form of motor-paced cycle racing in which track cyclists sprint for victory following a speed-controlled start behind a motorised or non-motorised pacer.

The majority of tracks in Japan are designed solely for keirin racing, meaning that they are longer than 250m and made with an asphalt surface.

"The Japan Cycle Sports Centre is located in Izu, and is the centre of cycling not only in Japan, but across the whole of Asia," Tokyo 2020 chief executive Toshirō Mutō said.

"We believe this location constitutes the optimal choice of venue from a wide range of perspectives: including the Athlete Experience, maximum use of existing venues, post-Games legacies, and for the future development of the sport of cycling in Japan and across Asia.”