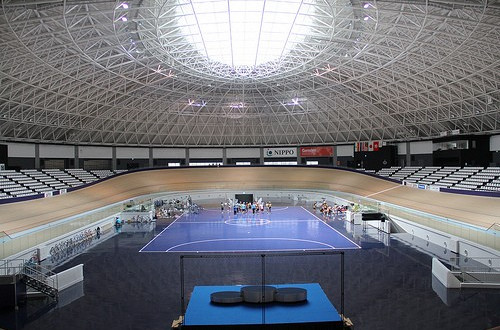 An agreement over moving the Tokyo 2020 track cycling venue to Izu could be confirmed in time for approval by the International Olympic Committee (IOC) at its Executive Board meeting in Lausanne next month, Japanese officials hope.

Consultatons between the Organising Committee and the International Cycling Union (UCI) have been dragging on all year due to the latter's opposition to plans to move the sport from a temporary venue in Tokyo Bay to an existing velodrome in Izu, around 150 kilometres away to the south-west.

Agreement was originally due to be reached by the start of the IOC Session in Kuala Lumpur in July, and then in September, but negotiations have continued to stall.

Cycling officials have claimed Izu is too far away to allow riders a full Olympic experience.

Significant investment would be required to make the venue fit for the Games, including the installation of additional seating, it is claimed.

In recent weeks, however, and with no real alternative solutions having emerged, there have been signs a consensus is close.

UCI President Brian Cookson, who has previously said they are "not happy" about the proposal, has now outlined how they "need to make sure the impact of that is minimised if that's the only available solution".

Speaking to insidethegames here today, Tokyo 2020 executive director of communications and engagement Hidetoshi Fujisawa admitted progress is being made.

"We are talking with the UCI about making some revisions to the original plan and to move the venue from Tokyo Bay to Izu," he said.

"We are hoping to close our talks and to get the venue proposal approved by the IOC Executive Board as soon as possible.

"This is very high in our priorities."

A first "possible chance" to confirm the plans could come at the IOC meeting scheduled for December 8 to 10 in Lausanne, it was claimed.

Aside from the five new sports proposed for inclusion by Tokyo 2020 subject to IOC approval expected to be given next year, the only other one where all venues are not yet confirmed is football.

This is effectively a formality, however, as only official FIFA rubber-stamping is required, something that is traditionally never given until after the preceeding Summer Games.

Fujisawa, speaking shortly after his return from a meeting of the IOC Communications Commission in Lausanne, insisted that every effort will be made to ensure athletes are as comfortable as possible.

This marks the final cog in a series of venue changes designed to drive down costs, which have reportedly saved $1 billion (£650 million/€890 million).