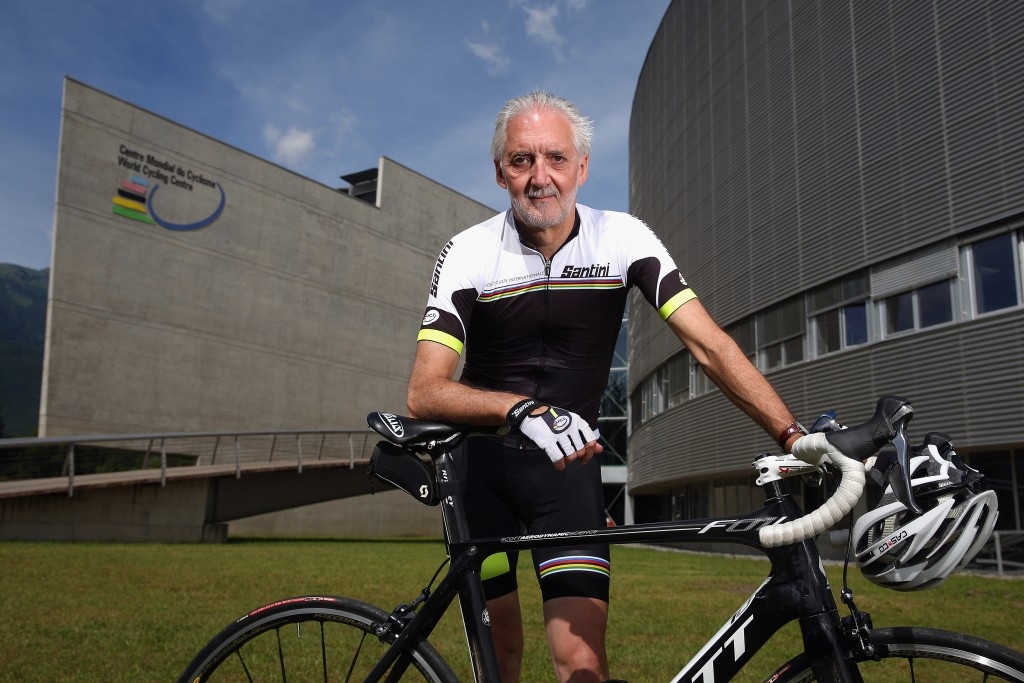 International Cycling Union (UCI) President Brian Cookson has dropped the biggest hint yet that some events at Tokyo 2020 will not be held in the Japanese capital - but in the city of Izu which is nearly 150 kilometres away.

No decision has yet been made on venues for track, mountain biking and BMX cycling after the sport was one of those affected by organisers attempting to drive down costs.

Several changes were made to the original Tokyo 2020 venue blueprint as part of a bid to save an estimated $1 billion (£650 million/€890 million) - a move backed by the International Olympic Committee (IOC) in February.

The UCI has been resisting a move to Izu, claiming it would reduce the Olympic experience for athletes and fans due to the venue being too far away from Tokyo.

In an interview with the Associated Press, Cookson appeared to concede that a move away from the capital was likely, however.

"It's no secret that the big issue was moving the track events out to Izu," he said.

"It's a long way from central Tokyo to Izu and we need to make sure the impact of that is minimised if that's the only available solution.

"The discussions are still around that.

"I think we are being asked to accept the biggest changes of any sport on the program and we have a responsibility to make sure those changes don't negatively impact on our sport too much.

"We have a better understanding now of what's possible and what's not possible.

"I don't want to say too much more until we agree on the final details, but we will inevitably have to accept that there will be some changes to the venues and we are just making sure that we minimise any negative aspects of that."

Izu, a two-hour train ride from Tokyo, is home to a velodrome but it would require significant investment to make it fit for the Games, including the installation of additional seating.

Last month, Cookson told insidethegames that he was hopeful of a final announcement on the venues in the "next few weeks".