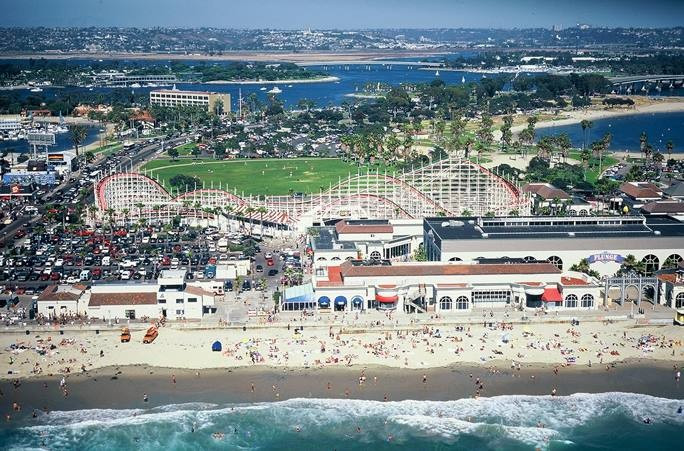 A search for commercial partners for the inaugural World Beach Games in San Diego in 2017 was launched by the Association of National Olympic Committees (ANOC)  today.

ANOC officially published a Request for Proposal (RFP) from agencies interested in acquiring the commercial rights for the 2017 and 2019 ANOC World Beach Games, which has yet to be awarded, as it looks to maximise the potential of its new property.

San Diego was chosen to host the event at ANOC's General Assembly in Washington D.C. in October ahead of Dubai, Hong Kong, Lima and Sochi.

The event scheduled to be held between September 29 and October 9, is expected to attract up to 5,000 athletes from 206 countries, who will compete in 20 non-Olympic sports and disciplines.

Officials in California are expecting about 50,000 spectators a day to watch events at Mission Beach, with another 10,000 attending sports due to be held on downtown piers.

Commercial partners will be provided with unrivalled opportunities to engage and connect with generations of young people around the world, claim ANOC.

The ANOC WBG Digital Community plans to use the power of online and social media to establish a year-round global community where young people can interact and share content related to the ANOC World Beach Games.

“This is a very important step in the advancement of the ANOC World Beach Games," said ANOC President Sheikh Ahmad Al-Fahad Al-Sabah.

"We know that there is significant interest among potential sponsors and broadcasters around the world to partner with us and join us on this very exciting journey.

"We look forward to partnering with an agency or agencies to help us with allocating the commercial rights in order to ensure that we maximise the opportunities available.

“The ANOC World Beach Games will be something completely new compared to what many people have seen before from a multi-sport event. We live in an ever-changing world and so it is important that we evolve and adapt to reflect that.

"Sport, culture and entertainment are all closely linked and are all excellent vehicles for uniting people from around the world.

“We have no doubt that the ANOC World Beach Games will add real value to the international sports calendar and provide NOCs and IFs (International Federations) with an innovative way of engaging with young people and showcasing their athletes.

"San Diego’s beautiful, world-famous beaches will be the perfect backdrop for amazing sporting performances in 2017.”