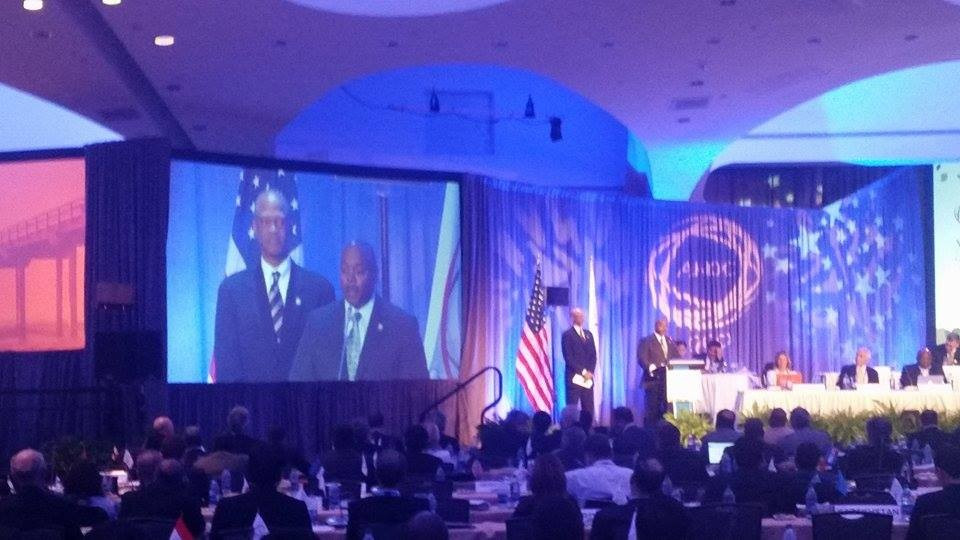 The decision was made following an ANOC Events Working Group and Executive Council meeting here this week, with the decision unanimously approved by acclamation from representatives of 204 National Olympic Committees.

In a video-message played after the announcement, San Diego Mayor Kevin Faulconer said the city "was very excited for the opportunity to host the inaugural event.

"Thank you for the opportunity," he added.

The Bid Committee will be led by local businessman and politician Vincent E. Mudd, who was joined by 1983 world silver medal winning triple jumper, Willie Banks.

“I am absolutely stoked at this opportunity,” Mudd said.

"It’s part of our culture.”

The Games is expected to feature between 20 and 22 sports, with Esports among those included as well as skateboarding, surfing and wall climbing.

But full confirmation is yet to be given with more discussions to take place as to the exact programme.

Other sports such as rowing are still keen to be added.

Competion for 17 sports will take place on Mission Beach, a community built on a sandbar between the Pacific Ocean and Mission Bay.

Four other sports will be held on Broadway Pier Venue in the downtown part of the city.

It should take place from September 29 to October 9 in 2017, soon after the International Olympic Committee Session in which fellow Californian city Los Angeles is vying to be awarded the 2024 Olympics and Paralympics.

The announcement was preceded by a lengthy presentation by Sheikh Ahmad about the philosophy behind the Games,  as well as by George Taylor, President of ANOC partner Sports Art Plus.

“This is an historic moment for ANOC and the NOC family," said Sheikh Ahmad Al Fahad Al Sabah today.

"The ANOC World Beach Games has been a key priority for ANOC for nearly two years and today we took a step closer to making our vision a reality.

“We were very impressed by the plan that San Diego put forward.

"As part of the process that selected San Diego, a report from Dow Jones Sport Intelligence was commissioned.

"This enabled us to independently research and verify important event related criteria for the ANOC World Beach Games.

"We have worked closely with industry experts to devise an innovative concept which will blend sport, culture and entertainment and we believe that San Diego is the perfect city to deliver our vision."