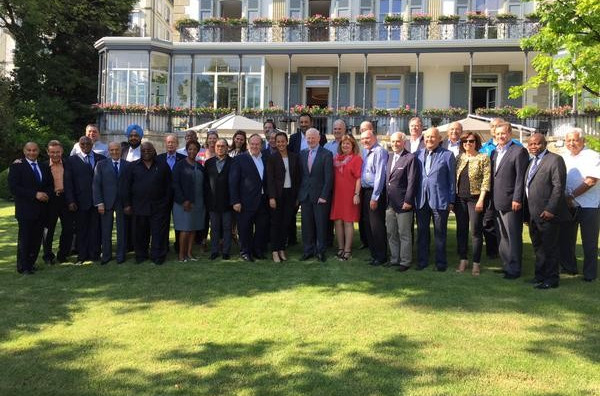 Plans for the Association of National Olympic Committees (ANOC) Beach Games dominated the agenda at today's ANOC Executive Committee meeting here, with the event to be utterly separate from the SportAccord World Beach Games awarded to Sochi earlier this year.

The Beach Games were initially unveiled in 2013 as a collaboration between ANOC and SportAccord, only for Marius Vizer, until last week the head of the latter body, to announce in April that they will take place in Sochi for the first time in 2019.

Vizer claimed afterwards that he was still open to ANOC involvement, but that possibility was not even discussed today, insidethegames has heard.

The only impact is that, because the former body have trademarked the name "World Beach Games", the ANOC version would have to be called something different, with "ANOC Beach Games" its current title.

But the latter project remains at a preliminary stage at this point, with discussions today reportedly focusing only on the concept rather than specific components.

This concept, outlined in a lengthy consultancy report, is focused around the 15 to 35 age group with the aim of attracting a new young audience to sport and their respective NOCs.

It will be approved at October's ANOC General Assembly in Washington D.C, after which operational factors, such as sports on the programme and potential venues will be considered.

In wide-ranging debate today, various challenges were raised, including how to cater for sports that do not have unified governing bodies affiliated to NOCs.

As many as 25 possible locations were cited, with a choice still not likely to be made for some time, although the 2017 to 2019 window is still thought most likely for a first edition.

Today's meeting was chaired by ANOC senior vice-president Patrick Hickey, due to the fact the body's President Sheikh Ahmad Al Fahad Al Sabah is in Berlin to attend tonight's Champions League Final between Barcelona and Juventus.

Sheikh Ahmad, last week confirmed as a member of the FIFA Executive Committee and already being muted as a potential Presidential replacement for Sepp Blatter, is expected to arrive here tomorrow ahead of the International Olympic Committee Candidate City Briefing for the 2022 Winter Olympics and Paralympic race on Tuesday (July 9).

Reports from each of the ANOC Commissions and Working Group were also heard today, providing recommendations on how to improve the support ANOC provides to its 205 NOCs.

One of the key initiatives raised in the Executive Council was ANOC’s "continued collaboration" with the IOC to host a series of joint marketing seminars during 2015 and 2016 which would give an opportunity for all of these bodies to learn from international best practice.

“Today’s meeting was very insightful and highly productive," said Hickey, who will also participate in tomorrow's IOC Executive Board meeting here, in a release afterwards.

"We heard many reports and it was excellent to see how much progress has been made since the ANOC Executive Council last met in January.

“ANOC has a very important few months ahead as we prepare for the ANOC General Assembly in Washington and beyond to Rio de Janeiro.

"The Commissions and Working Groups will continue to meet and more work will be carried out in refining the concept for the ANOC Beach Games.

"This is all part of our ongoing commitment to improving the support we provide our NOCs and encouraging more young people to engage in sport.”