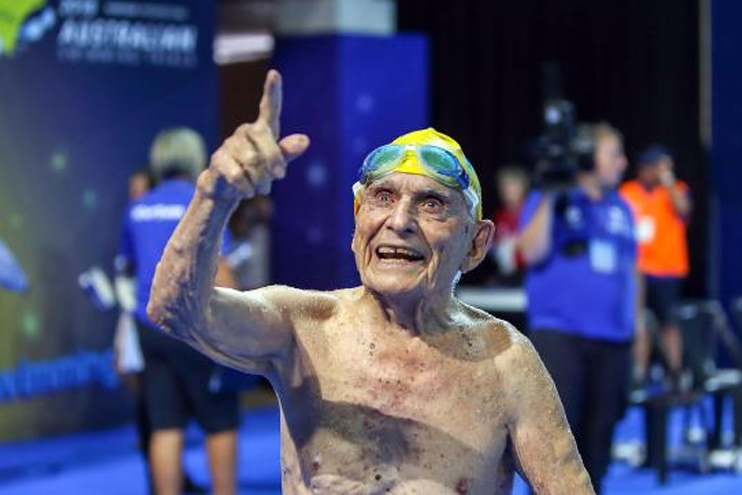 George Corones, who was named as an honorary member of Australia's team for the Gold Coast 2018 Commonwealth Games, has died at the age of 101.

Corones, who was born on April 6 in 1918, competed at the Commonwealth Games swimming trials two years ago.

He achieved an age group world record of 56.12sec in the 50 metres freestyle event, breaking the previous mark by 35 seconds.

A decision was taken by Australia's Chef de Mission Steve Moneghetti to name Corones as the honorary 474th member of the host nation's team for the Games.

He attended the 1938 British Empire Games in Sydney as a 19-year-old.

Welcome to #TeamAUS George!@steve_mona today welcomed 99yo swimming world recorder holder George Corones onto the team as an honorary member. The offical Australian team of 473 athletes is now confirmed. Bring on #GC2018. pic.twitter.com/YT0vgomog6

Corones’ granddaughter, Jess, who works at Swimming Australia as a performance solutions manager, told Commonwealth Games Australia that he had lived a wonderful and fulfilling life.

"While we as a family are incredibly saddened by his passing, we know he lived an extraordinary life and brought joy to all those around him," she said.

"We are so proud of his achievements and what he accomplished during his time both in and out of the water and we'll always treasure those memories."

He was the first athlete over the age of 100 to dip under the one minute mark for the 50m.

Corones achieved a time of 55.75sec in the event, lowering the previous world record from 1:16.92.