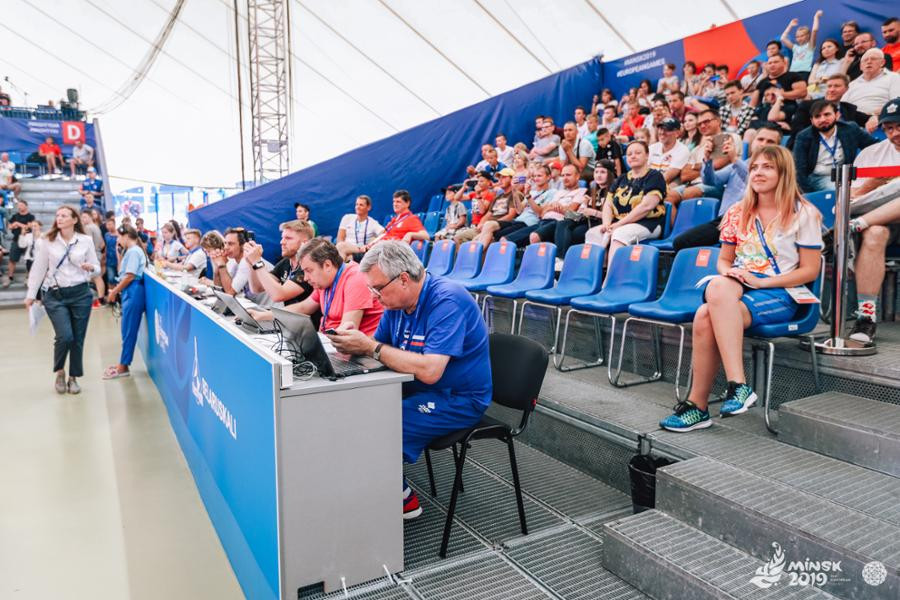 Belarus - described three years ago by the Wall Street Journal as the emerging "Silicon Valley” of Eastern Europe" - has been widely praised for living up to its billing as it hosted the 2nd European Games that concluded last month.

Minsk-based technology company Synesis Sport was overseeing the soft technologies that were used at Minsk 2019.

Founded in 2017 by its parent company Synesis, the sport-focused office provided the bulk of the technological solutions of the Games from the regularly updated Games website and mobile application to the quirky chatbot with the official Minsk 2019 mascot Lesik and back-of-house mechanisms for making the biggest sports event in Belarusian history run smoothly.

"The success of any multi-sport event is dependent on multiple factors working together seamlessly, including technology, which has played a critical role here at the 2nd European Games in Minsk," he said.

"Technology plays a leading role in bringing sports closer to the fans, and all the latest innovations have been implemented here to make the sports presentation more attractive on multiple levels.

"From the website and mobile app delivering information to the public to the accreditation scanners and transport VAPP helping athletes, officials and others access venues, we have been very pleased with the technical side of Minsk 2019 and applaud the local organisers for a job well done."

Accreditation, and registration of volunteers and workforce staff were all handled through an automated database on the Games Management System, LOOM.

"Developed with only a very short lead time, the robust integrated system has worked extremely well under stressful conditions and will, I’m sure, be of interest to future event organisers."

The venue press manager for the Palova Arena and the Sports Palace Irena Zakurdaeva credited the Belarus-made technology for helping her run operations smoothly at her venues.

"Compared to other tournaments that I have worked at, I can say that technologies were used profusely in running various operations of the Organising Committee [in Minsk]," she said.

"The LOOM’s DRS (Daily Run Sheet) module and IMS bot helped me and my colleagues to solve problems quickly while organising the work of the press centre, as well as during the operations period."

Belarus' four-times Olympic biathlon gold medallist, Darya Domracheva, a star ambassador of the 2nd European Games, was among the many avid users of the mobile app during the Games.

"The mobile app Minsk2019 was my main app during the whole week of the Games," she said.

"It helps to quickly find your way around competition events, schedules and tournament results.

"It is irreplaceable in planning your own schedule as a sports fan and an important tool for finding out about the medals won by your favourite team.

"The interface is simple to navigate helped to find information quickly, so I can confidently recommend the app to all true sports fans."

Athletes used the website and mobile app to stay up-to-date on the results of their compatriots in other sports and venues, among them the women’s over-80 kilograms gold medallist in sambo Anastasiia Sapsai of Ukraine and France’s Brice Leverdez, who reached the men’s singles final in badminton.

Wayne Hickson, editor-in-chief of the Minsk 2019 Games News Service, who has worked in press operations or News Services since the 2000 Olympic Games, used the system for two weeks.

"These Games are unique in one very important communications sense," he said.

"Everyone from the volunteers to the most senior Games officials have embraced the various technologies they need to do their jobs properly.

"I don't think I've seen a Games workforce so tuned into the technologies they are using from the venue access points to the centre of the fields of play.

"And everyone who has ever worked on or reported on a major multi-sport event knows that technology is a real make-or-break factor.

"Here it is excellent."