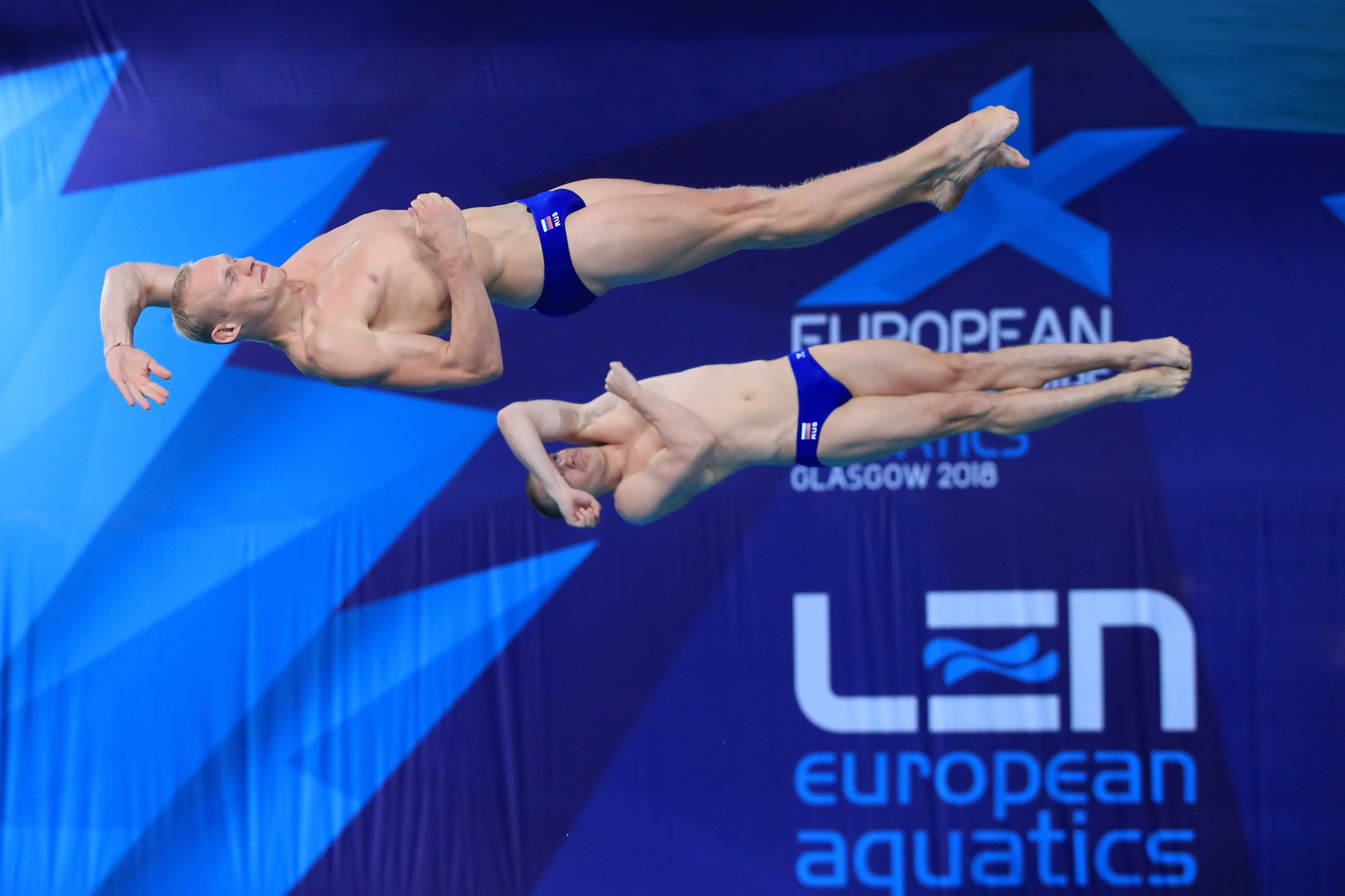 Kuznetsov and Zakharov edged clear the opening two dives of the six round competition.

Their attempt to secure gold took a blow in the third round when Laugher and Mears scored 83.64 points to take a 10 point advantage overall.

The British pairing remained in the lead until the final round of the competition, with Laugher looking likely to secure a third gold medal of the Championships.

Kuznetsov and Zakharov, though, increased the pressure on the home favourites by delivering an excellent final dive to score 94.62 points, giving them 431.16 overall.

It proved enough to seal the victory, with Laugher and Mears faltering by only managing a score of 78.66 points in response.

They were forced to settle for silver on 430.62 points.

Germany's Patrick Hausding and Lars Ruediger completed the podium, finishing with a score of 394.77 points.

"It is a bit surprising," said Zakharov.

"Not all our dives were perfect.

"We made hardly a mistake in practice, but unfortunately we were not able to show our very best in the competition.

"Nevertheless, the gold is the gold."

Further gold medals were also won by Russia in the women’s one metre springboard, with Mariia Poliakova clinching victory.

The 21-year-old produced impressive dives in the final two rounds of the competition, scoring 61.10 points on both.

Italy’s Elena Bertocchi rounded off the podium on 271.25 points.