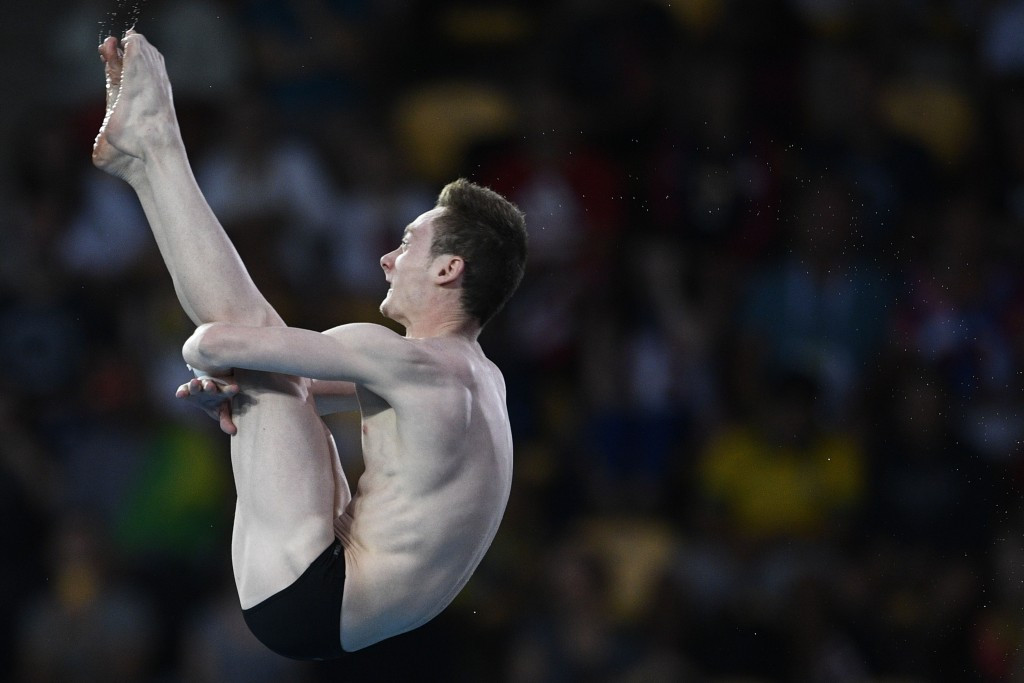 The 22-year-old posted a score of 511.75 points at the Liko Sports Centre, beating nearest challenger Viktor Minibaev of Russia by a margin of 18.5 points.

"I don’t know what to say," Auffret said.

"I competed really well today and I’m definitely in a good mood for the World Championships now.

"Perhaps it was an advantage for me today that during the week I didn’t have to compete in as many competitions as my opponents."

The other title on offer today was the women’s 3m synchronised event, which was won by Russia’s Nadezhda Bazhina and Kristina Ilinykh with 304.80 points.

After a tough battle for the remaining medals, Germany’s Tina Punzel and new partner Friederike Freyer secured silver with 284.10 points.

The Netherlands’ Inge Jansen and Daphne Wils took bronze with 283.80 points, securing their country’s first-ever medal in the event and relegating Britain’s Katherine Torrence and Grace Reid to fourth place with 283.50.

"From my point of view, this was a well-deserved gold medal today," Bazhina said.

"We have worked hard to make this happen."

The reign of the event's eight-time winners, Tania-Cagnotto and Francesca Dallapè of Italy, had to come to an end as both have retired.

Host Ukraine won the "Championships Trophy" with 244 points, followed by Russia with 242 and Germany with 185.

"We had sold-out days in succession, the audience was thrilled, the athletes were happy.

"This was certainly one of the best European Championships ever."

The European Championships provided the final major opportunity for the continent's divers to compete before this year's World Aquatics Championships, due to be staged in Budapest between July 14 to 30.

The 2018 edition is scheduled to take place at the Royal Commonwealth Pool in Scotland’s capital Edinburgh from August 6 to 12.

It will form part of the European Aquatics Championships.