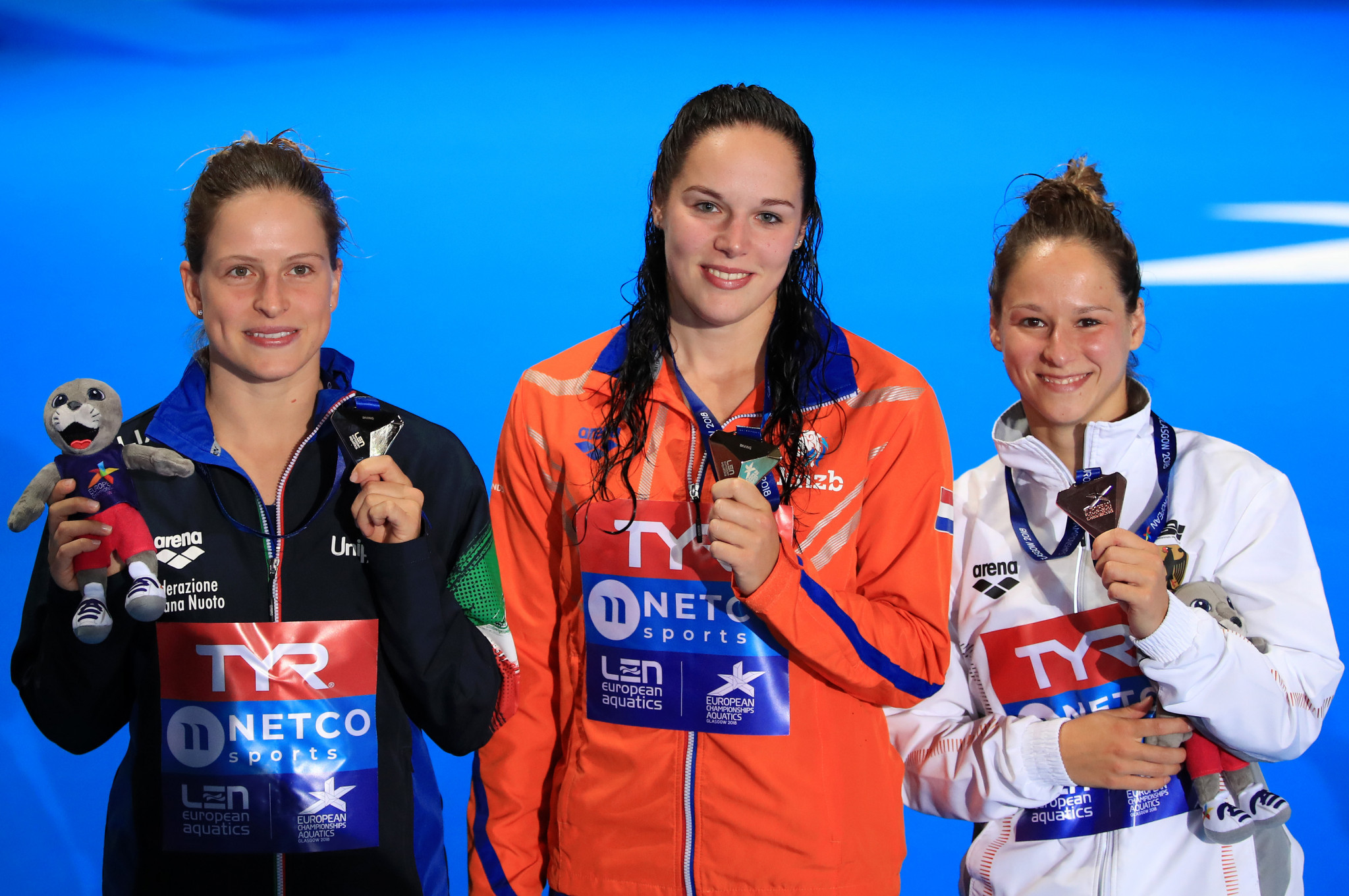 Celine van Duijn from The Netherlands won gold in the women's 10 metre platform in a dramatic European Championships final which saw her snatch the win with her last dive at the Royal Commonwealth Pool.

The Dutchwoman had qualified for the final in first place and was the favourite at the start, but with one dive to go it was Italy’s Noemi Batki that led the way in Edinburgh.

Van Duijn's decision to attempt a harder dive in the final round, a backwards two-and-a-half somersaults, two-and-a-half twists, paid off and she took the gold with what was the last dive of the final.

"Because I came first in the preliminaries, I felt the pressure and I wanted to repeat the success.

"But you have to control the pressure and nerves so I just tried to do my five dives and not focus too much on what's happening around me.

"It's pretty close on platform, the scores are closer to each other, but this was a big surprise.

"I've worked really hard for it and I'm happy it's finally paid off."

The defending champion won the synchronised final alongside Eden Chen yesterday, but was unable to repeat that success today, finishing fifth.

"I am obviously disappointed with my performance but I still think there are positives to take away - there were some improvements from the premliminaries but there are more to make as well.

"It's just a shame that it's the end of the season and I couldn't finish on a high, but that's how it goes."

The other final to take place today, the mixed synchronised 3m springboard, was won by Germany’s Tina Punzel and Lou Massenburg.

Just like Van Duijn in the 10m platform final, the Germans were initially trailing behind Great Britain's Grace Reid and Ross Haslam.

A couple of strong dives, in the fourth round especially, helped seal the win on 313.50.

By the final round it was almost mathematically impossible for them to be beaten.

"We have trained very well throughout the whole year and it worked very well for us in our previous competitions," said Punzel.

"We knew that we were contenders.

"However, the British divers are also very strong and I did not really expect to beat them on their home turf.

"We just focused on ourselves, we did our job and it is wonderful that it was enough for gold."

Their victory meant Great Britain missed out on winning three diving golds in a row, after the host nation won both finals yesterday.

"We are very pleased," said Great Britain’s Reid after their duo clinched silver on 308.67.

"We would have loved to have taken home the gold but the Germans really stepped up their game.

"I said to Ross afterwards that I'm really pleased it has gone so well.

"We knew we had a strong shout but it was a tough field and we came away with a personal best."