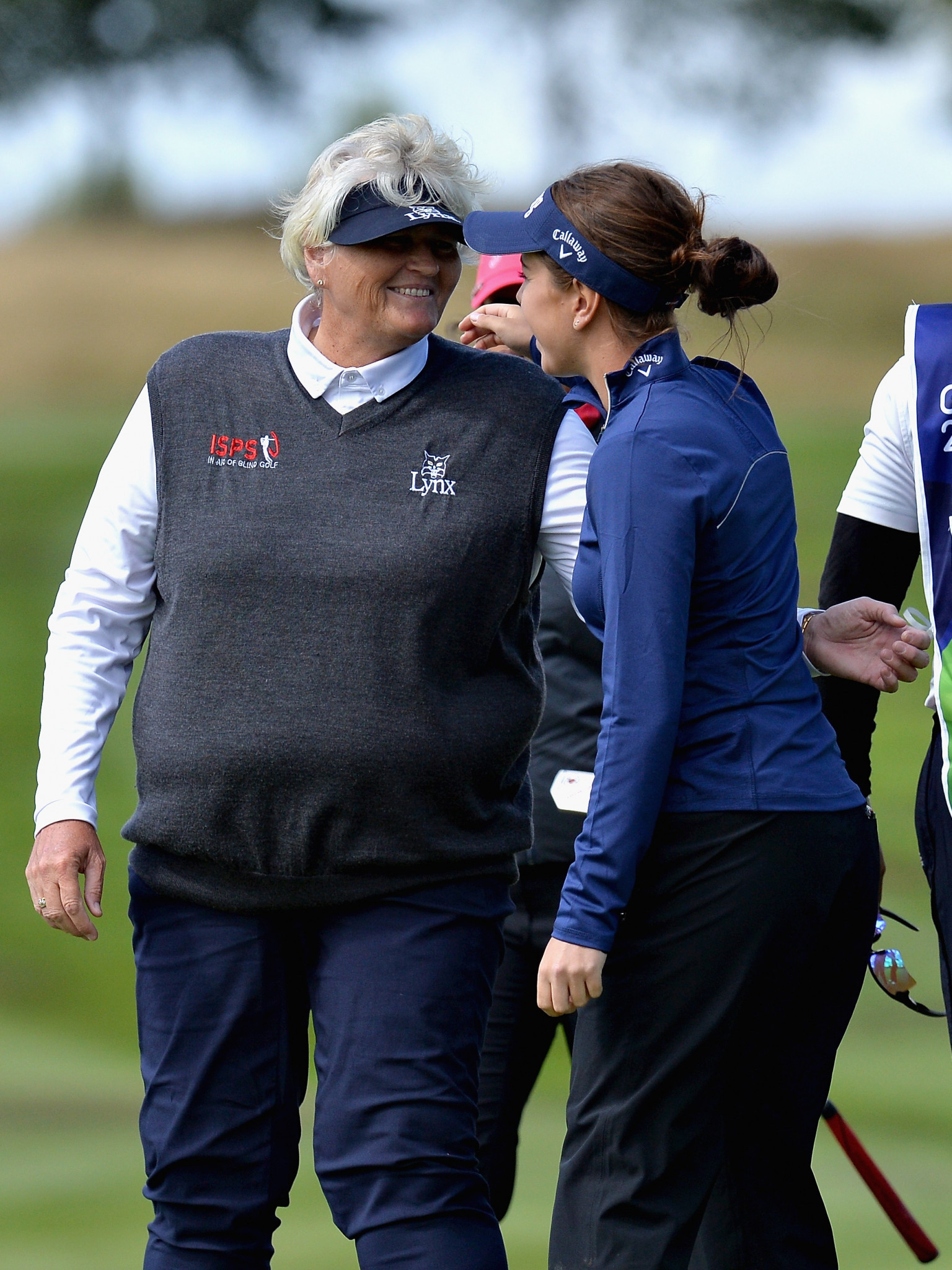 It looks like Great Britain might take three of the semi-final spots in the women’s golf event at the European Championships after a successful day for all their pairs at Gleneagles.

All of Britain’s three pairs won their second matches today on the PGA Centenary Course, having also won their first matches yesterday.

It means they all lead their respective groups with just one match to play at this stage tomorrow.

After Friday’s matches, the top team from each group will go through to the semi-finals on Sunday (August 12).

Great Britain’s number two pair Catriona Matthew and Holly Clyburn were the first to secure their second win in Group D, but it was not easy.

They had to play all 18 holes to beat Norway’s Marianne Skarpnord and Marita Engzelius one up.

Perhaps the favourites in the women’s event, the top British pair of Georgia Hall and Laura Davies, then won their second match 4&3 against Germany’s Isi Gabsa and Leticia Ras-Anderica in Group A.

"We were just cruising along," said Davies from the top pair.

"Georgia hit a really good par on 8 - that was a tough pin.

"Then we had a drive on the ninth which gave us the eagle putt, which is always nice.

"Then we had a lovely wedge into 10, which was really tough, but Georgia lined it up and it went in.

"The start is key here.

"You have to get off to a good start.

"Tomorrow it would be nice to try and be up by the fourth tee so we can turn our backs to the wind, which will hopefully result in a few more birdies."

Two wins from two does not guarantee a place in the semi-finals but it does mean their fate is in their hands ahead of the final group ties.

The final semi-final spot is most likely going to be taken by one of two French teams.

Both of their pairs, Celine Herbin and Astrid Vayson de Pradei, plus Justine Dreher and Manon Molle, won their first matches yesterday, before then drawing against each other today.

It means it all comes down to tomorrows matches for them.

The men’s competition is more open as, after the second day of competition, five pairs have two wins from two.

Iceland’s men’s pair of Birgir Hafthorsson and Axel Boasson backed up their 6&5 thrashing yesterday with a 2&1 win over Italy’s Guido Migliozzi in Group D.

They still have a fight on their hands though as Norway’s Jarand Ekeland Arnoy and Kristian Krogh Johannessen also have two wins from two in that group.

They beat Lars Buijs and Christopher Mivis from Belgium two up.

The other men’s pairs with two wins from two are Italy’s Francesco Laporta and Alessandro Tadini in Group B, Great Britain’s third pair of Connor Syme and Liam Johnston in the same group and Spain’s Pedro Oriol and Scott Fernandez in Group C.