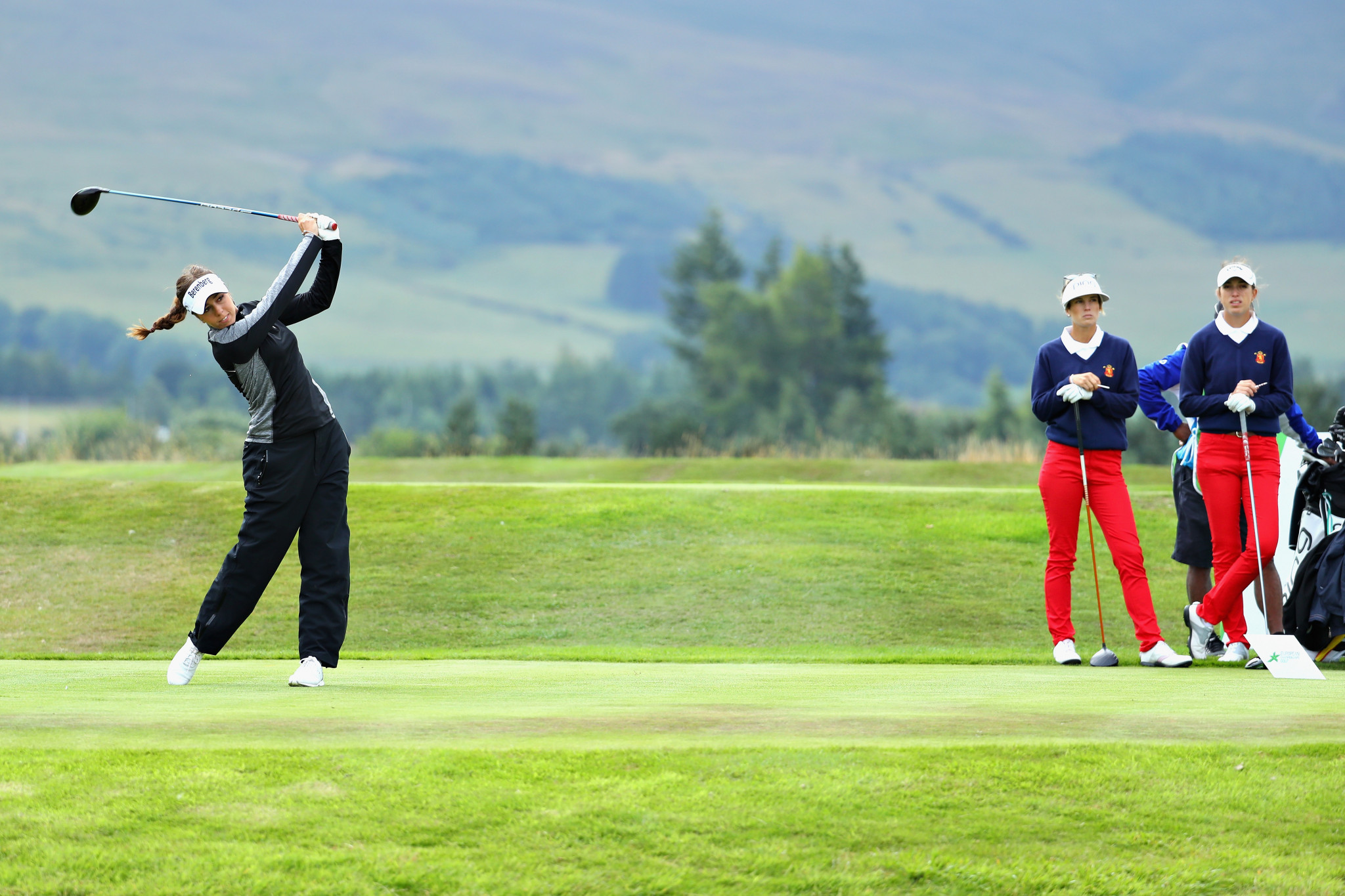 She played with British partner Laura Davies with the duo now sharing the Group A lead.

The golf competition, which is taking place at Gleneagles, is being played in a four-ball match play format.

The pairs are split into four groups of four for a round robin stage, at the end of which one pair from each group advances to the semi-finals on Sunday (August 12).

Hall and Davies were in the first match to tee off this morning and up against Spaniards Noemi Jimenez and Silvia Banon.

They won 5&4 with four holes to spare.

"We had nine birdies and five pars and that will be enough to win most matches," said Davies.

"They played well but we didn't give them too many chances.

"But it's only one match and we have to keep that standard up.

"The Spanish team lost today but with two more wins [from their group matches] they are still in it.

"That's one of the great things about this round-robin tournament.

"I love this whole tournament.

The other match in Group A saw the German pair of Isi Gabsa and Leticia Ras-Anderica win 5&3 against Belgium’s Manon De Roey and Chloe Leurquin, which means the British and German pairs sit top of the group after one match each on two points.

The course hazards you come up against in Scotland eh? 🦌⛳️

Group B is being led by two French pairs as they both won their matches.

The first pairing of Celine Herbin and Astrid Vayson de Pradei beat Olivia Cowan and Karolin Lampert of Germany 4&3, before the second pair of Justine Dreher and Manon Molle won 2&1 against Johanna Gustavsson and Julia Engstrom of Sweden.

The first round of matches in the men's event also went ahead today, with the first clash ending in a tie.

Afterwards Slattery talked about how he feels playing match play and not stroke play.

"I felt a bit nervy out there at times," he said.

"I never get like that in stroke play events.

"I miss a putt and then I look at him [Shinkwin] and I think 'terrible, he's going to kill me now.'"

The draw means both pairs gained one point, while the other match in Group A saw one Swedish pair beat another.

The number two pairing of Daniel Jennevret and Oscar Floren beat Per Langfors and Johan Edfors 1 up, meaning Jennevret and Floren top the group for now.

Another one-nation match took place between two British teams in Group B.

In that tie Connor Syme and Liam Johnston beat Rhys Enoch and Charlie Ford 4&3, then in the other Group B match Italy's pair of Francesco Laporta and Alessandro Tadini beat Ireland's Neil O'Briain and Michael Hoey with one hole to spare.

Tomorrow the second round of group matches will take place, before the final round goes ahead on Saturday (August 11).