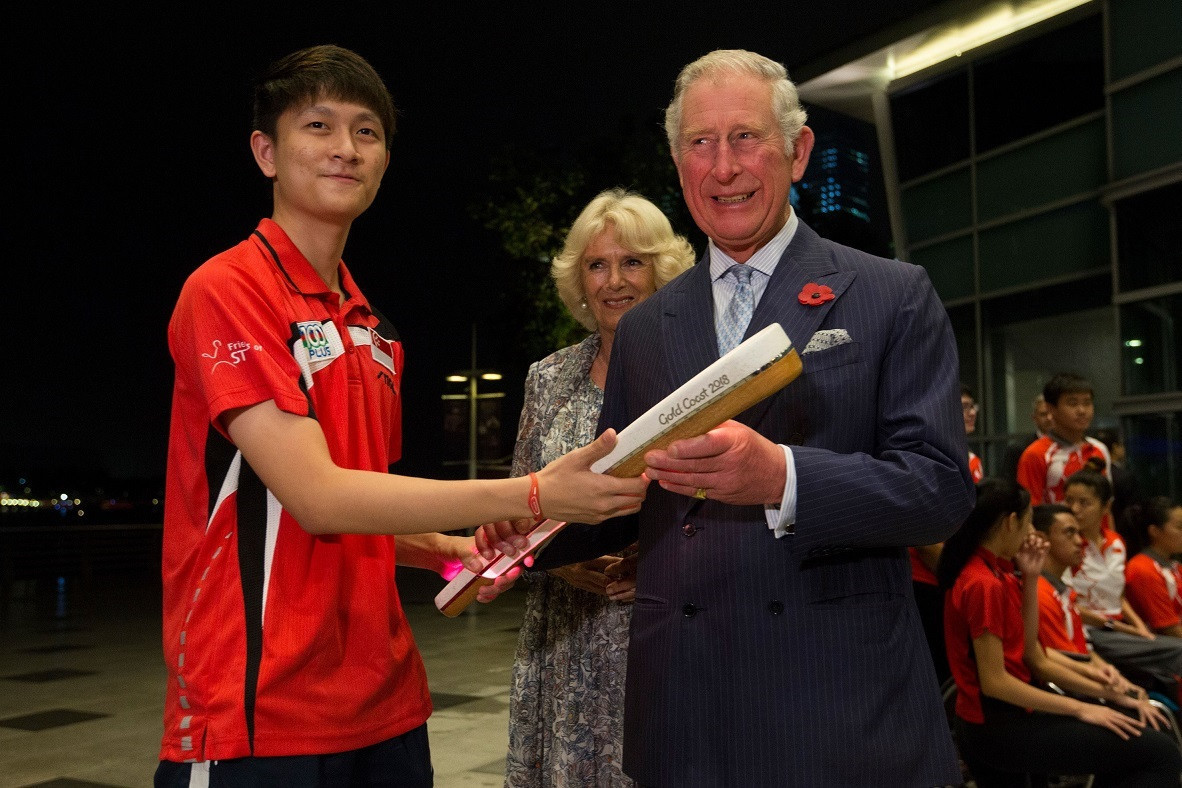 Prince Charles has met with athletes preparing for next year's Commonwealth Games in the Gold Coast as the Queen’s Baton Relay arrived in Singapore.

Joined by his wife Camilla, The Duchess of Cornwall, Prince Charles is on a three-day visit to Singapore, a country he last visited in 1979.

The heir to the British throne was greeted by Singapore’s President Halimah Yacob and Prime Minister Lee Hsien Loong.

Prince Charles is due to remove the message placed into the Baton by Queen Elizabeth, during the Opening Ceremony of Gold Coast 2018 on April 4.

He will read it aloud to officially declare the Commonwealth Games open, as he previously did at Delhi 2010.

The message calls on the Commonwealth's athletes to come together in a peaceful and friendly competition.

Singapore was given a flavour of what to expect when their table tennis gold medallist from Glasgow 2014, Clarence Chew, presented the Royal couple with the Baton.

The Baton Relay was launched during Commonwealth Day on March 13 in London, where the Queen handed it to the first Batonbearer, Australian track cycling legend Anna Meares.

It has since travelled to all Commonwealth nations and territories in Africa, the Caribbean, the Americas, Europe and Asia.

Singapore is the final nation to be visited in Asia, with the Baton due to depart for Nauru later today to begin the Oceanian leg of the relay.

It will eventually arrive in Australia on Christmas Eve to begin a 100-day tour across the nation, concluding at the Games' Opening Ceremony.