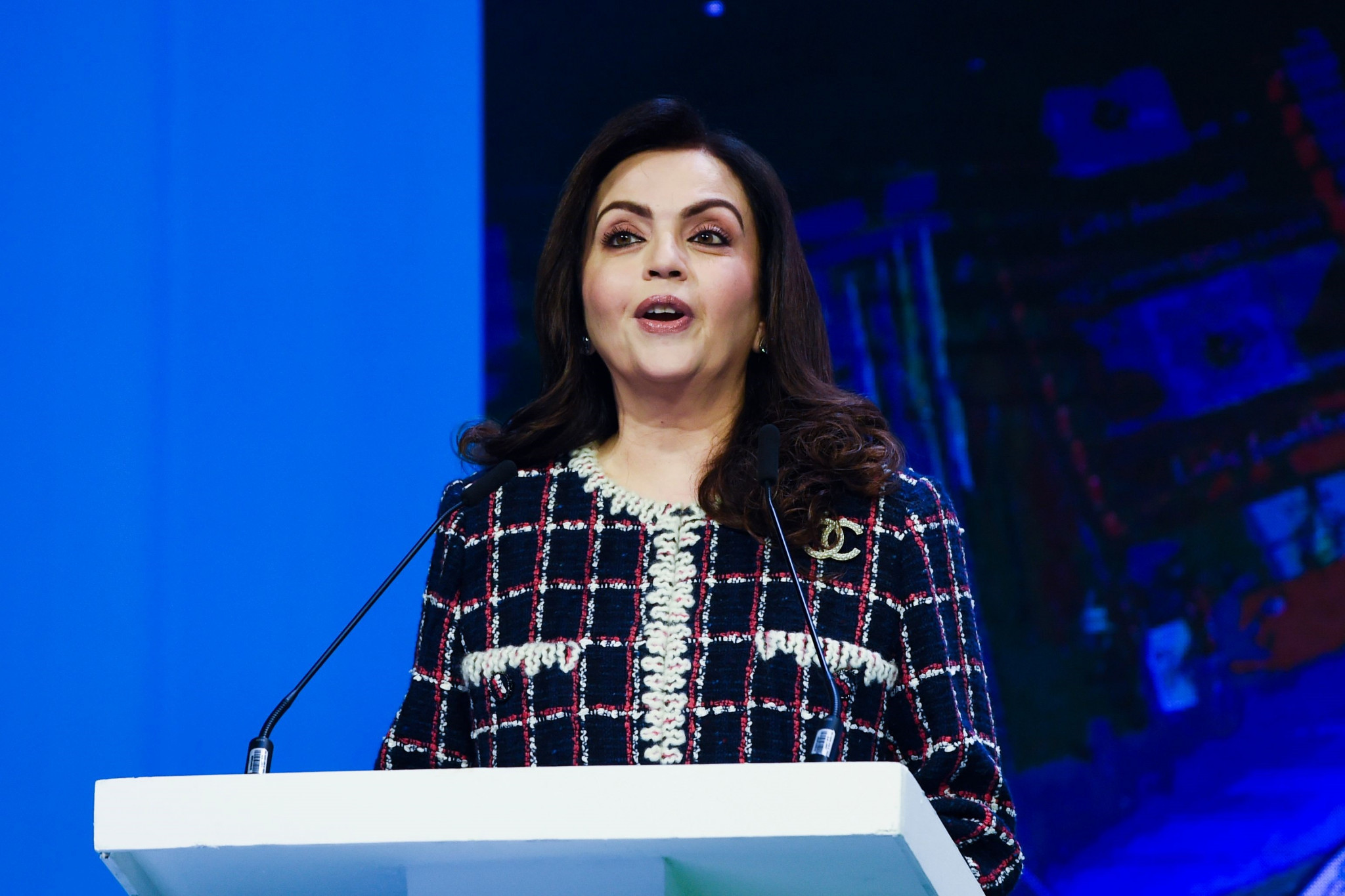 The new constitution proposed for Indian Olympic Association (IOA) - which would allow anyone to run for the Presidency - has been lauded as a "watershed moment" by International Olympic Committee (IOC) member Nita Ambani.

A series of changes have been made in the 32-page document that is expected to be ratified by the IOA at its Special General Meeting, scheduled to be held on November 10.

Should it be approved, the new constitution will then be used when the IOA is due to stage its crucial elections on December 10 - five days before the deadline set by the IOC.

The IOA is facing suspension by the IOC if its does not get its house in order after being plunged into a governance crisis.

Among the changes outlined in the draft constitution includes a ruling allowing anyone from the country to apply to be IOA President without having to have served on the organisation’s Executive Council.

However, it is feared that this could result in influential politicians leading the organisation.

Under the draft constitution, there will also be an end to the role of secretary general with a chief executive instead appointed with no voting rights, while National Federations whose sports are on the programme of the Olympics, Asian Games or Commonwealth Games will have more power.

Each National Federation will have two votes provided one representative is male and the other is female at General Assemblies.

Ambani is the only IOC member from India, meaning more women than men will have voting powers at General Assemblies.

Officebearers will not be allowed to hold office for more than three terms and will be ineligible if they are 70 or over on the date of the election, according to the draft constitution.

The changes to the document come after the IOC Executive Board issued a "final warning" to the IOA in September and warned it of "immediate suspension" if governance issues were not resolved to the IOC's satisfaction.

The IOC also postponed its Session, due to be held in Mumbai, from May to September or October next year.

Ambani has described the amended constitution as a "watershed moment in India's Olympic Movement".

The changes would enable someone such as Ambani to make a run at the IOA Presidency.

"I congratulate Justice Nageswara Rao for a landmark moment in India’s Olympic movement as we move towards a more inclusive and promising future," said Ambani in a statement.

"The amended draft constitution of the IOA made in consultation with my colleagues at the IOC makes me very optimistic, especially with the steps taken towards greater representation for athletes and women in the administration of Indian sport.

"I strongly believe that this paves the way for India to achieve our true potential in sport.

"I look forward to working closely with the newly elected members of the IOA to fuel India’s Olympic ambitions, starting with the successful hosting of the 2023 IOC Session in Mumbai and the India House at the 2024 Paris Olympic Games."

Narinder Batra was President of the IOA when the governance crisis began but has since departed.

Batra stood down as IOA leader in July, also leaving his post as International Hockey Federation President and losing his IOC membership.

Secretary general Rajeev Mehta has been recognised by the IOC as its main point of contact with the IOA.