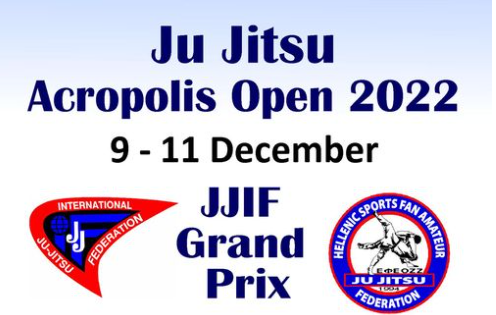 Dates have been confirmed for this year's Ju-Jitsu International Federation (JJIF) Grand Prix event in Greece.

The event, known as the Ju-Jitsu Acropolis Open 2022, is scheduled to take place at the Olympic Athletic Center of Athens Spiros Louis between December 9 and 11.

Fighting, ne-waza, duo and show ju-jitsu will all be contested.

An event in Greece was confirmed during the Balkan Open tournament which was held in Banja Luka in Bosnia and Herzegovina in September.

It was agreed to upgrade the Athens International Tournament with a Grand Prix also confirmed for 2023.

Panagiotis Theodoropoulos, the President of the JJIF and himself a Greek, penned a document with Mary Haritopoulou, who heads up the Hellenic Ju-Jitsu Federation, in Banja Luka.

The JJIF World Championships are planned for between October 29 and November 8 in Abu Dhabi.