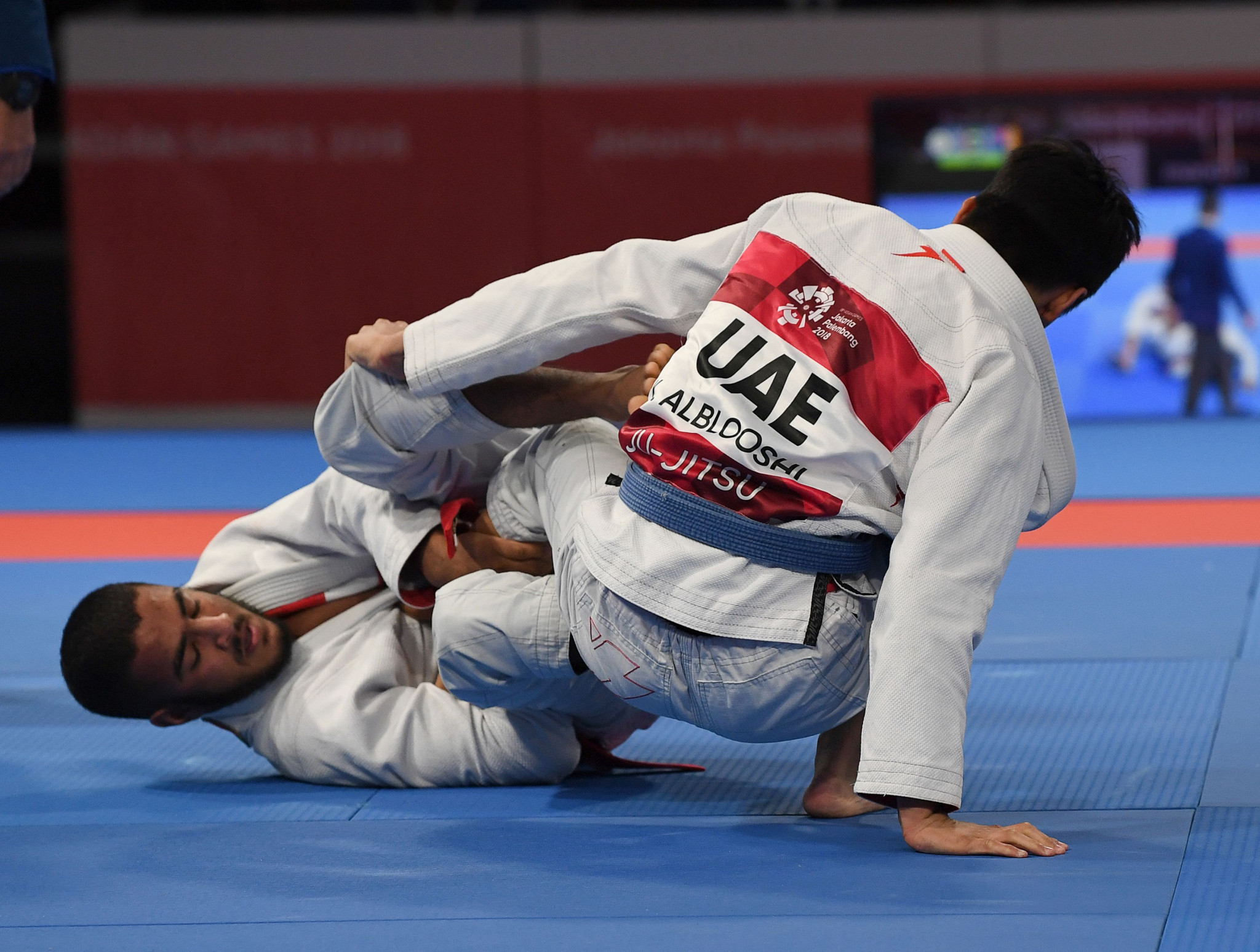 The United Arab Emirates Ju-Jitsu Federation (UAEJJF) has signed a sponsorship agreement with the Mubadala Investment Company, which will see the firm sponsor the country's national team.

Mubadala, an investment arm of the Abu Dhabi Government and a sovereign wealth fund, has also been granted the naming rights to the Jiu-Jitsu Arena in the country's capital.

Abdul Monem Al Hashemi, the chairman of the UAEJJF and also the President of the Asian Ju-Jitsu Union, signed the deal with Homaid Al Shimmari, the deputy group chief executive at Mubadala.

The UAE is one of the leading ju-jitsu nations.

"The UAEJJF is always eager to work with the leading national institutions to develop the sport in the UAE," said Al Hashemi, who is also a senior-vice president of the Ju-Jitsu International Federation (JJIF).

"The Mubadala Investment Company is regarded as a role model for all national institutions when it comes to empowering the nation's youth and encouraging our talented athletes to keep shining.

"We look forward to strengthening relations.

"Mubadala already plays a significant role in supporting the sports movement through its various community programmes and, together, we hope to support each other to realise our goals of positioning the country as a world leader in sports and enabling our champions - and future champions - to excel on the global stage."

The move comes as the Jiu-Jitsu Arena, in Zayed Sports City, prepares to stage the JJIF World Championships between October 29 and November 8.

The venue is also due to hold the Abu Dhabi World Professional Ju-Jitsu Championships from November 17 to 19, while it staged the International Mixed Martial Arts Federation World Championships in January.

"Through our strategic partnership with the UAE Ju-Jitsu Federation, we are sponsoring the UAE national ju-jitsu teams and the Jiu-Jitsu Arena.

"We continue to reinforce our commitment to sport in communities, which creates a sustainable impact.

"Health and wellness is a priority, and we are proud to provide athletes with the opportunity to excel at local, regional and international levels."