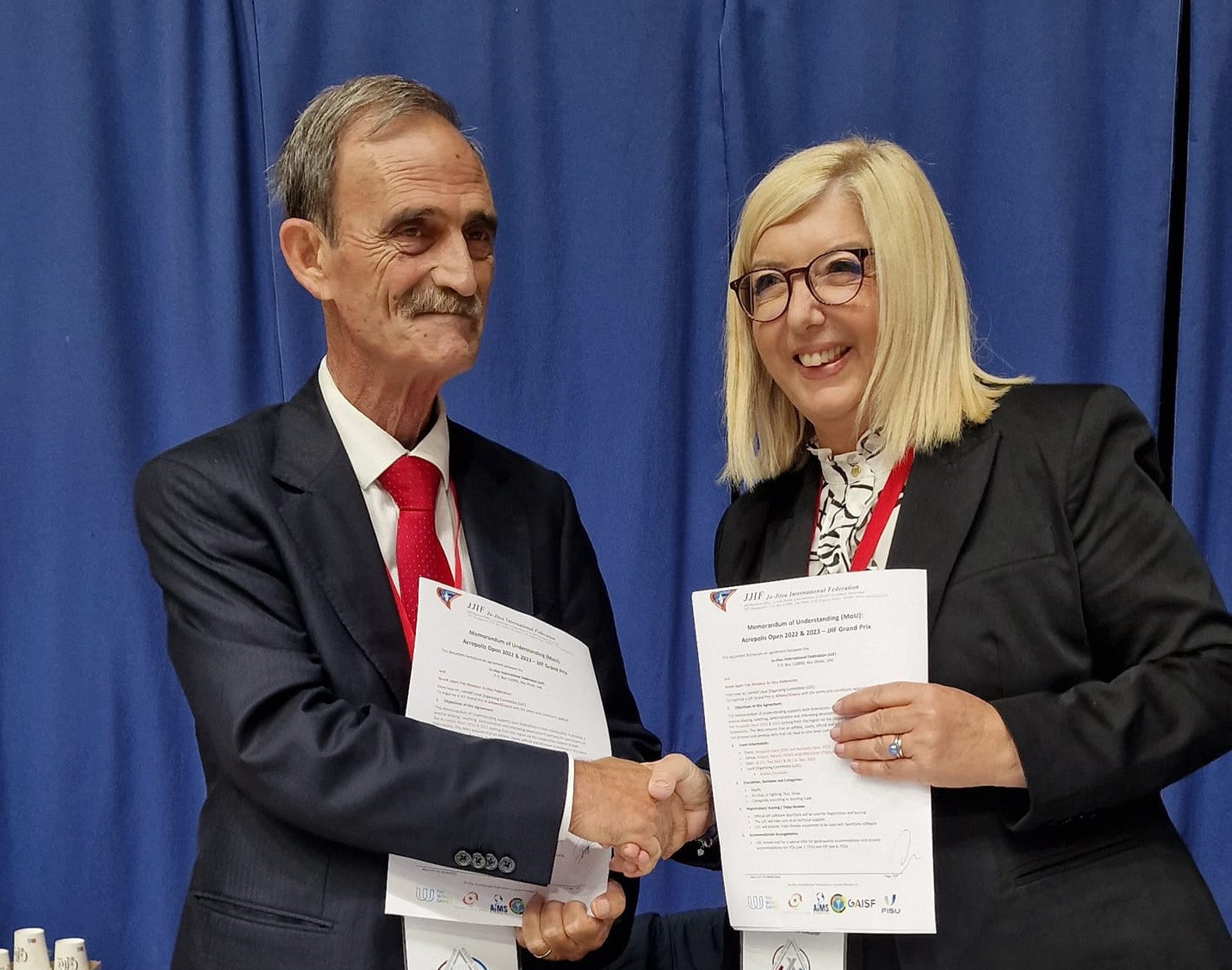 Greece has been awarded a Grand Prix event by the Ju-Jitsu International Federation (JJIF).

The world governing body has upgraded the Athens International Tournament which is held in the country's capital.

It will now be known as the Athens Acropolis International Grand Prix.

Competitions are planned both this year and in 2023, on dates to be confirmed.

A signing ceremony to mark the Greek announcement took place in Banja Luka in Bosnia and Herzegovina, on the sidelines of the Balkan Open tournament.

Panagiotis Theodoropoulos, the President of the JJIF and himself a Greek, penned an agreement with Mary Haritopoulou, who heads up the Hellenic Ju-Jitsu Federation.

The next JJIF event at Grand Prix level is the German Open which is due to take place in Gelsenkirchen between September 28 and October 3.

The JJIF World Championships are planned for between October 29 and November 8 in Abu Dhabi.