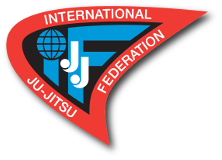 The Ju-Jitsu International Federation (JJIF) is set to revise its regulations and allow Russian players to take part as neutral athletes in future competitions.

"Coaches or officials from Russia will be allowed to participate only as neutral athletes and athletes support personnel," a JJIF statement announced.

"No national symbols, colours and flags shall be displayed anywhere, be it on gis or sports equipment and the Russian national anthem shall not be played."

It further specified that the Russian Ju-Jitsu Federation shall be registered "without any reference to 'Russia' be it in full or as an acronym."

The JJIF explained that these measures were intended to avoid punishing individual athletes.

"In fairness, JJIF does not want to punish athletes [collectively] for the decisions of their government, if they are not actively participating in them.

"Thus, we cannot equate the crimes and atrocities committed by governments with the athletes collectively," the statement continued.

It indicated any concessions would also apply to players from Belarus.

The federation promised that revised regulations would be published, including measures to deal with any violations.

The statement reaffirmed an existing ban on Russian officials.

"No official from the Russian Ju-Jitsu Federation can take part in any other JJIF events which are not sport events in any capacity or status whatsoever, including but not limited to the JJIF Session or Congress."

The new statement comes in the wake of International Olympic Committee (IOC) President Thomas Bach's call last month "to bring the athletes together and to show that there is also peaceful competition."

A ban on Russia and Belarus hosting international events remains in force.

The new statement has also re-affirmed JJIF's support for Ukraine.

"The JJIF deplores the war taking place in Ukraine and JJIF is in complete solidarity with the Ukrainian people and the Ukrainian Ju-Jitsu Federation.

"JJIF is committed to help the Ju-Jitsu Association of Ukraine in any way it can for their participation in JJIF sports events."

It also declared its aim to "unite athletes of countries which are in confrontation and sometimes even war."

JJIF has promised to monitor IOC actions and says it may  amend or adapt its measures according to future developments.