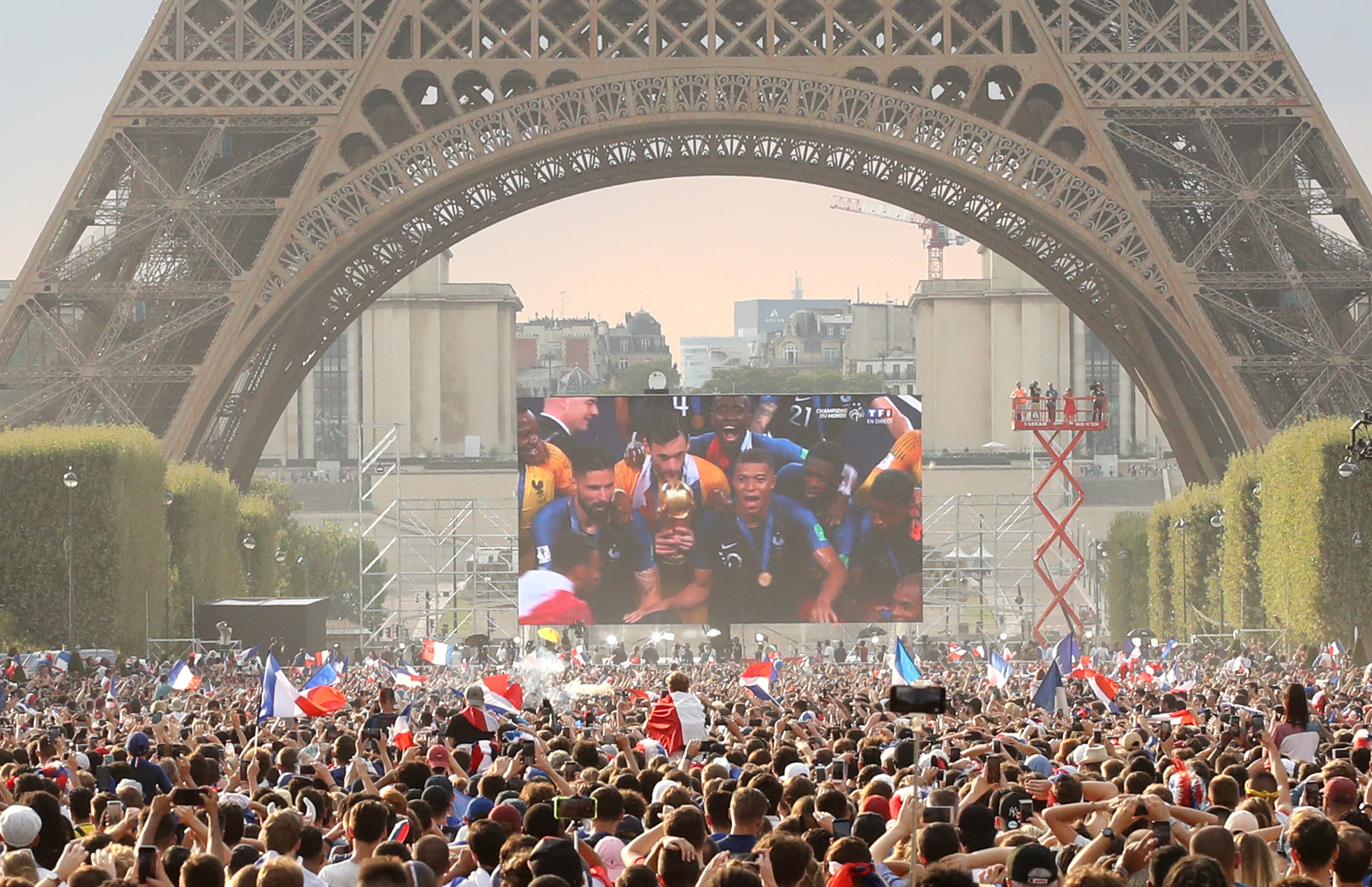 Paris is among a group of French cities that have decided against showing FIFA World Cup matches on big screens or setting up fan zones, in protest at host nation Qatar's record on human rights.

The stance of Paris is particularly noteworthy because its leading football club, Paris Saint-Germain, is owned by state-run Qatar Sports Investments.

Qatar has been heavily criticised by rights groups and activists in the lead-up to the World Cup over its labour laws and treatment of migrant workers.

These issues, coupled by environmental worries, have led authorities in Paris, Lille, Marseille, Strasbourg, Bordeaux, Reims and Rodez to boycott setting up fan zones for the competition.

Fan zones were commonplace across France when the national team won the 2018 World Cup in Russia.

"For us, there was no question of setting up big screen areas for several reasons: the first is the conditions in which this World Cup has been organised, both in terms of the environment and the social aspect," Pierre Rabadan, the Paris Deputy Mayor in charge of sport and the Olympic and Paralympic Games, told Agence France-Presse

"The second is the fact that it takes place in December."

Lille joined in Paris in abandoning big screens, with Mayor Martine Aubry calling the 2022 World Cup "nonsense in terms of human rights, the environment and sport" on Twitter.

Marseille officials have also decided against setting up big screens for the tournament.

Benoît Payan, the Mayor of Marseille, said in a statement that the World Cup has "gradually turned into a human and environmental disaster" which is "incompatible with the values we want to see conveyed through sport and especially football".

Strasbourg Mayor Jeanne Barseghian, who is a member of the Green Party, admitted it is "impossible for us not to listen to the numerous alerts from NGOs [non-governmental organizations] denouncing the abuse and exploitation of immigrant workers".

Bordeaux Mayor Pierre Humic, another member of the Green Party, confirmed to RMC that his city will also not show the tournament on large screens over fears of wasting energy.

The Qatar 2022 World Cup is set to take place between November 20 and December 18.

More than 6,500 migrant workers are reported to have died in Qatar since the country was controversially awarded the World Cup in 2010, with 37 of these directly linked to World Cup projects by campaigners.

Human Rights Watch claims that the true figure is likely higher as it does not account for workers from countries other than India, Pakistan, Bangladesh, Nepal and Sri Lanka.

Concerns over Qatar's suitability as a World Cup host have also been raised over homosexuality being illegal and women's rights being restricted.

Meanwhile, a report from non-profit advocacy group Carbon Market Watch in May suggested the World Cup will have a damaging impact on the environment.

"The carbon neutrality claim that is being made is simply not credible," said Gilles Dufrasne, the report's author and policy analyst.

"The evidence suggests that the emissions from this World Cup will be considerably higher than expected by the organisers, and the carbon credits being purchased to offset these emissions are unlikely to have a sufficiently positive impact on the climate."

France are the defending champions and in Group D at the tournament alongside Australia, Denmark and Tunisia.