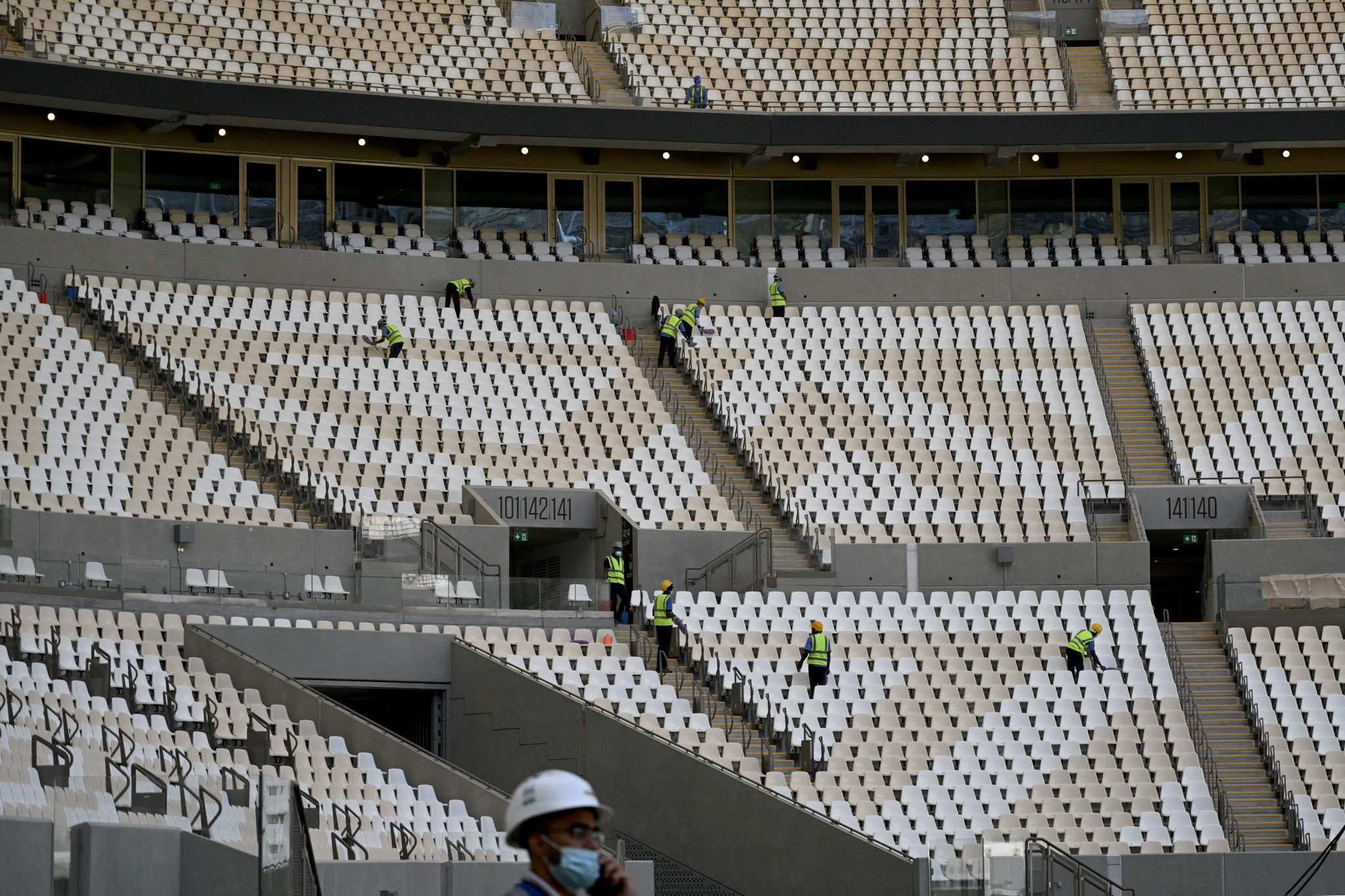 Human rights groups have urged sponsors of FIFA and the Qatar 2022 World Cup to use their influence to press football's global governing body to compensate migrant workers abused during preparations for its flagship event.

Amnesty International, Human Rights Watch and FairSquare said they have received supportive responses from AB InBev/Budweiser, Adidas, Coca-Cola and McDonalds on the call for FIFA and the Qatari Government to provide migrant workers and their families with "compensation and other remedies".

The three campaign groups said that support should be targeted at "migrant workers and their families who suffered death or injury, wage theft or debt from illegal recruitment fees while preparing the tournament".

They referenced a YouGov poll of more than 17,000 adults from 15 countries, commissioned by Amnesty International, in which 66 per cent backed calls for FIFA sponsors to press for compensation from the Zürich-based organisation for migrant workers.

Human Rights Watch director of global initiatives Minky Worden emphasised that brands risked being associated with a tarnished tournament if they did not use their influence to press for compensation.

"Brands buy rights to sponsor the World Cup because they want to be associated with joy, fair competition, and spectacular human achievement on the playing field - not rampant wage theft and the deaths of workers who made the World Cup possible," Worden said.

"With only two months until the first ball is kicked, sponsors should use their considerable leverage to press FIFA and Qatar to fulfil their human rights responsibilities to these workers."

Worden also accused FIFA of complacency in the implementation of its responsibilities under the United Nations' Guiding Principles on Business and Human Rights.

"FIFA was complacent and enabled many of these predictable and preventable abuses and deaths," she commented.

"Predictable and Preventable is the title of a recent Amnesty International report on this topic.

"The harms that have taken place cannot be undone.

"Remedy, which means that you make it right, is the least FIFA and Qatar can do.

"Sponsors, Football Associations, athletes and fans all have a vital role to play using their leverage over FIFA and Qatari authorities to ensure that this remedy is provided."

National Federations should also use their status to push for this goal, and FIFA should back initiatives established to support migrant workers, the groups said.

“Not one migrant worker should have to die to make a World Cup possible. Yet in Qatar, thousands have.” - @hrw’s @MinkysHighjinks told journalists today.

"The harms that have taken place cannot be undone. Remedy is the least FIFA can do.”#PayUpFIFA #2MonthCountdown ⏰ pic.twitter.com/8ZtbM1Gt1R

German Football Association President Bernd Neuendorf has this week called on the Qatari Government and FIFA to do more to address human rights concerns in the World Cup host country.

"I have two specific demands that I have already raised and to which I stand without any ifs or buts: the establishment of the Migration Working Centres by the Qatari Government and a fund for the relatives of workers who died on World Cup construction sites or were injured," he said.

"The last demand for the fund is also addressed to FIFA."

"These bodies have human rights responsibilities.

"It's not just the right thing to do, it's the responsibility, and the results of this poll that we commissioned show that it's also the popular thing to do.

"We need this support, this push, to get FIFA over the line to really commit to addressing these harms and we want to see it immediately."

Former Australian men's football captain and human rights activist Craig Foster said he was "appalled at the response of the game thus far" to human rights concerns in Qatar, and insisted more players and former players needed to "speak out now".

With the tournament beginning in two months on November 20, Knight called on FIFA to offer its commitment to and a timeline for compensation for migrant workers.

"The timeline is really tight now," she acknowledged.

"What we need to see from FIFA and from Qatar, and they need to work together on this, is a public commitment that they are going to establish a remedial mechanism with a view to providing compensation and remedy to all the migrant workers who have suffered.

The Qatari Government has pointed to labour reforms, including a shift away from the kafala system which forced foreign workers to seek their employers' consent to change jobs or leave the country, since it was controversially awarded the World Cup in 2010.

FIFA President Gianni Infantino has admitted that that "not everything is perfect in Qatar", but argued that "exemplary" work had been conducted.

However, the human rights groups insist that "serious labour abuses persist across the country", and argue that mechanisms are not retrospective so do not address abuses in the years before they were created.

They also claim that "significant implementation and enforcement gaps remain", including workers who have already left Qatar being unable to access Committees for the Settlement of Labour Disputes established in March 2018 or funds created to pay wages not received from employers.

"We have found interestingly that even a small amount of money paid out to these migrant workers can have an enormous effect on their lives, and I think it's important to note that there are already remedy funds set up within Qatar, and they've paid out more than $100 million (£87.6 million/€100 million), but it's only really affected workers since 2020 and 2021," Worden added.

"There is nothing available for the workers between the years 2010 and 2020."

insidethegames has asked FIFA for a comment on the call from the human rights groups.

As well as the disputed bidding process which concluded in 2010, human rights concerns in Qatar have dominated the build-up to the tournament, which has been moved from its usual spot in the northern hemisphere's summer to November and December because of high temperatures and humidity,

Last month, around 60 workers demonstrated outside the Al Bandary International Group headquarters in Doha over unpaid wages, and a number were deported by the Government on the basis of having "breached security laws".