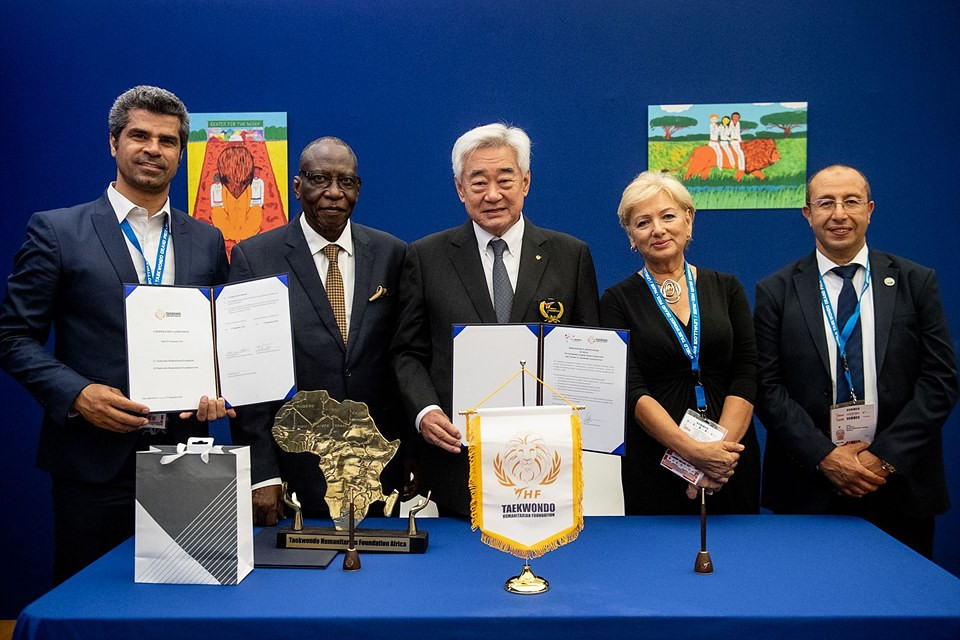 The Taekwondo Humanitarian Foundation (THF) has signed several cooperation agreements as it looks to further expand support for refugees around the world.

A flurry of deals were penned during the Paris World Taekwondo Grand Prix at the Palais des sport Marcel-Cerdan, including one with Taekwondo Humanitarian Foundation Africa (THF Africa).

This specific agreement will see the two organisations exchange knowledge and implement projects to help refugees, with the first due to be launched in Niger and then in Mali.

"I am very happy with this cooperation agreement which is of great importance in Africa," Ide Issaka, the chair of the THF Africa, said.

"Africa brings together many refugees and we must count on all the federations as well as good will to support this humanitarian action for refugees.

"I would also like to thank the World Taekwondo and THF Chairman, Chungwon Choue, for his actions around the world, especially in regard to refugee shelters.

"His generosity does not surprise us."

A cooperation agreement was signed with the Taekwondo Humanitarian Arab Union (THF Arab Union) where they will work with the THF to empower refugees in the region.

The THF Arab Union is chaired by Driss El Halili.

Another cooperation agreement was signed with the Iran Taekwondo Humanitarian Foundation (THF Iran) with the organisation supporting refugees based in their country.

"Iran sport in general and Iran Taekwondo in particular have been active in supporting athletes from deprived districts and refugee athletes from neighbouring countries during the past years, and I believe that our humanitarian activities could be promoted and better organised within the framework of this cooperation agreement under the patronage of the THF," Saei Hadi, chair of THF Iran, said.

The THF and Malta Taekwondo Association also penned a Memorandum of Understanding with the THF committing to support two refugee athletes, who have the ambition of competing at an international level, in the future.