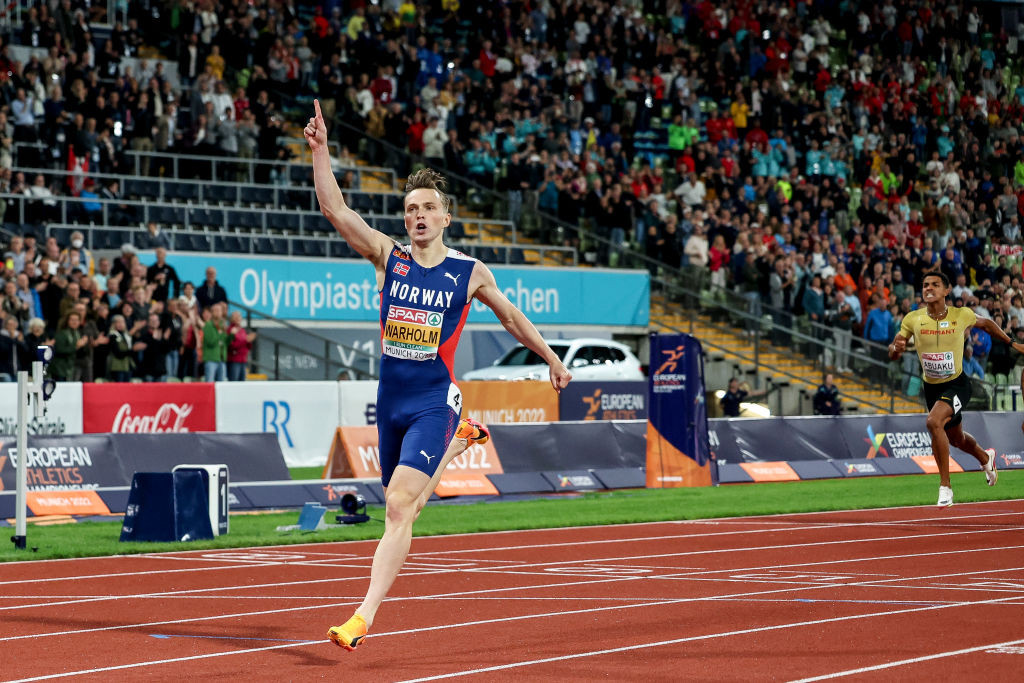 Meanwhile free-to-air TV coverage in the host country saw peak audiences of between 6 million and 7 million.

The free-to-air coverage of the second multi-sport European Championships, which involved nine sports in venues around Munich from August 11 to 21, has been described by a leading German TV executive from ARD as an "outstanding success"

More than 430 million hours of live coverage of Munich 2022 were viewed in the eight key markets that have reported figures to date - Germany, Italy, The Netherlands, Norway, Poland, Sweden, Switzerland and Britain.

In Germany, ARD achieved its largest audience for athletics on August 18, gaining an average audience of 4.8 million and a peak of 6 million for its coverage of events including Konstanze Klosterhalfen's women’s 5,000 metres victory in front of a home crowd.

An average of 4.48 million fans tuned into ARD's athletics coverage, an audience share of 19.5 per cent.

Overall, ARD's average viewing share for its European Championships coverage was 16.5 per cent.

ZDF's top audience in Germany was 5.1 million, peaking at 6.7 million, for athletics on the final day of action on August 21, when victories by men's javelin thrower Julian Weber and the women’s 4x100m relay team enabled Germany to top the athletics medals table and contributed to the hosts winning the overall European Championships Nations Trophy for medals across the nine sports.

As with ARD, ZDF also achieved high ratings for other sports including beach volleyball - 2.85 million - and track cycling, which garnered 2.3 million.

Norway's high point of those following the fortunes of Warholm - who lowered the 400m hurdles world record to 45.94sec in winning the Olympic title last year and missed most of this season after tearing a hamstring one hurdle into his first race of the campaign on June 5 - was followed by a 54 per cent share for its coverage of athletics and rowing during the morning session on August 18.

On that day, Norway’s world 5,000m and Olympic 1500m champion Jakob Ingebrigtsen, 21, successfully completed the defence of his 5,000m-1500m double from the Berlin European Championships in 2018.

The BBC produced more than 120 hours of coverage across the main BBC One and BBC Two network channels during Munich 2022.

As a result, European Championships broadcasts were regularly the most-watched in Britain over the 11 days of the competition, culminating in a peak audience of 3.7 million for athletics on August 21 when Britain won gold in the men’s 4x100m relay and silver through world 1500m champion Jake Wightman in the men's 800 metres.

The BBC's coverage of gymnastics, rowing, track cycling and triathlon all hit peaks of more than 1 million viewers on network TV, while live streaming of the action from Munich achieved more than 500,000 viewing requests each day.

In The Netherlands, NPO's highest viewing share of 33.1 per cent occurred during the men's gymnastics finals on August 21, when Dutch athlete Loran de Munck earned silver in the pommel horse final.

This was followed by a 28 per cent share for the women's cycling road race on the same day, won by The Netherlands' Lorena Wiebes.

NPO's highest peak audience was over a million for athletics on August 19, when Dutch athlete Femke Bol won the second part of her planned double over 400m and 400m hurdles.

A top average live audience of 1.5 million was recorded on Poland's TVP channel for athletics on August 18, when Poland won two medals, including Wojciech Nowicki's gold medal in the men's hammer.

"There has been a wonderful contrast between the iconic venues hosting the traditional sports such as athletics, gymnastics and rowing and the creative approach to the newer sports such as BMX, sport climbing and beach volleyball.

"Once again, the approach of the European Championships to 'make the whole bigger than the sum of the parts' has worked well, with many sports reaching audiences significantly higher than when their events are held in isolation."

"The European Championships inspired everyone.

"That could be felt by the audience on site at the many different venues.

"We can also see it in the outstanding ratings and user numbers of our offers, but also in the very positive and emotional reactions of the athletes."

Munich 2022 was the second edition.

The release as of viewing figures comes as the ECM seeks a host for the 2026 edition and faces losing a marquee sport.

"But we think that we really need to make some important adaptations."