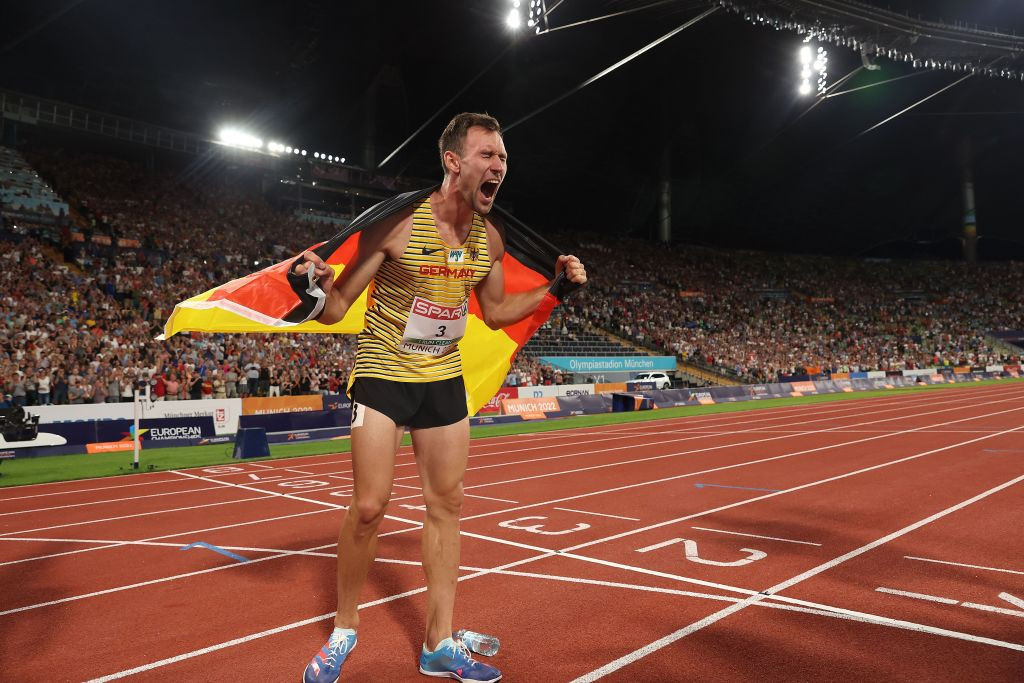 Germany is ready to "deal intensively" with the idea of hosting another Olympics in the wake of the successful current staging here of the multi-sport European Championships.

As crowds flock to watch the nine sports using many of the venues built for the Munich 1972 Olympics, the German Olympic Sports Confederation (DOSB) President Thomas Weikert has told ARD television: "We are thinking about Olympic Games in Germany - winter or summer.

"We are thinking about it but will first ask the members.

"We will issue a timeframe at the next general (DOSB) assembly in December.

"I think you can organise Olympic Games without everything being on a massive scale.

"Here is a very good event with nine sports and you can see that you can build on that."

Weikert, who was elected to his position in December 2021, added that the DOSB will not propose a specific city but draw up a plan that will need to be followed in order for one candidate to eventually emerge from this domestic process.

"We will not make the mistake of saying it will be A or B," he said.

"We will ask extensively and see what comes out, if indeed Germany wants the Olympics.

"...I am convinced the members will view this positively and will follow us in the proposals that we will make."

Since the Munich 1972 Games, seven German Olympic bids or plans involving Hamburg, Leipzig, Berlin, Munich/Garmisch Partenkirchen or the Rhein-Ruhr region have foundered, with many facing strong opposition and with local referendums in some cases ending the projects early.

The main reasons for opposing the Olympics in Germany have been costs, the environmental impact, limited perceived benefits for local residents and the International Olympic Committee's refusal to pay any taxes in the host country for the billions of dollars of revenues generated by the event.

The emotional scenes here at the European Athletics Championships yesterday evening, when a delirious crowd of more than 40,000 aided and abetted dramatic home victories by women's 100m sprinter Gina Luckenkemper and decathlete Niklas Kaul will have done nothing but good for the prospects of Germany hosting a future Olympics.

But speaking to Stuttgarter Zeitung, Weikert warned against the dangers of getting carried away by the current euphoria in Munich.

"The first days of the European Championships have shown one thing above all: people's enthusiasm for sports and for top athletic performances is unbroken," he said.

"That's fantastic to see and I'm particularly pleased for the athletes, who don't often get a stage like this.

"Of course, this motivates us in our considerations.

"But we mustn't let ourselves get carried away by it too much, we must first do our homework properly and in an orderly manner."

He added: "We want to inform, educate, eliminate prejudices, discuss and debate in a transparent process with as many people as possible, especially those who are critical of the Olympics, where a possible benefit of a renewed bid could lie for the entire country.

"Smaller groups of opponents of the Olympics can sometimes make themselves heard on social media.

"It's not just sports that are facing this situation; fact checks now help in a whole range of fields when things become factually inaccurate.

"But there will also be fair, critical discussions, and these must be conducted via every channel.

“And we will take a serious look at what the general public thinks about the Olympics.”

This may be a vexed process, however, as sportschau.de has pointed out:

“…the current coalition agreement between the SDP, Greens and FDP clearly states that the population should be involved in a possible new application process.

“Means: no new application without a pro-Olympic referendum.”

Considering the timing of a potential Olympic bid, Weikert said: “The Summer Games have been awarded until 2032, 2036 would be the next date.

"However, one could see a danger in it because of the Nazi Games of 1936.

"But there are also many voices, such as International Olympic Committee President Thomas Bach, who say the date is tailor-made to show that the world can become a better place.

"But the DOSB is currently concerned neither with locations nor with dates, but with the fundamental clarification of whether we want the Games and, if so, which ones."