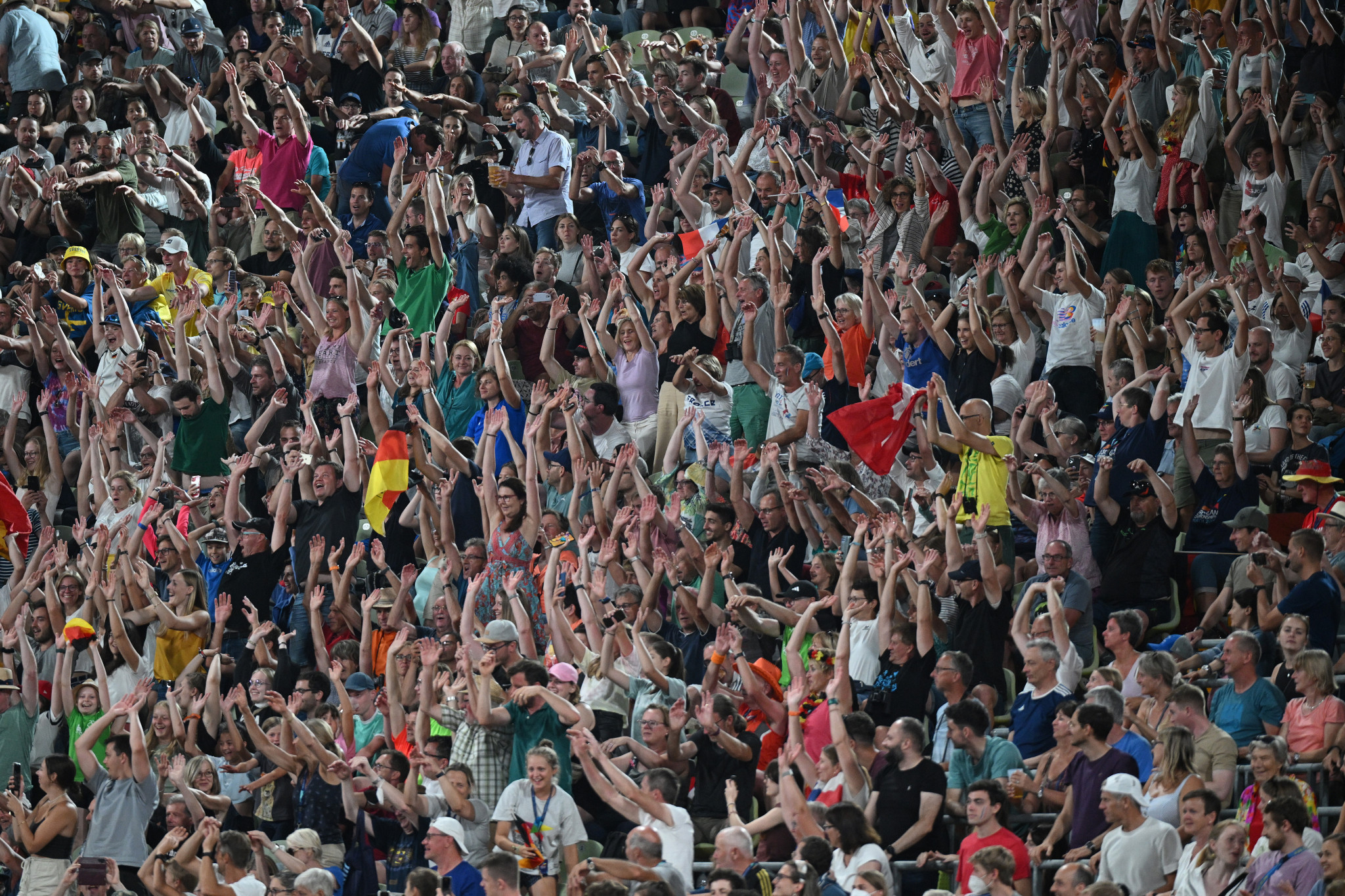 Athletics and artistic gymnastics have earned the best television viewing figures so far at European Championships Munich 2022 according to information issued by the organisers.

A total of 40 European Broadcasting Union (EBU) members are providing in-depth television, radio and digital coverage of the second edition of the Championships.

Germany, Italy, Norway, Poland, Sweden and the United Kingdom all reported athletics topping their figures for coverage, while The Netherlands saw most viewers turning to women’s artistic gymnastics and track cycling.

In Germany, ARD achieved a live average audience of 3.07 million for its athletics coverage, followed by 2.85 million for beach volleyball, both on August 15.

The Netherlands reported that NPO scored its highest viewing share so far for its coverage of the women’s artistic gymnastics finals on August 14 (27.5 per cent), followed by track cycling on the same day (27.2 per cent).

In Norway, NRK’s live coverage of the evening athletics session on August 16 won a 55.2 per cent audience share, followed by a 28 per cent share for beach volleyball on the same day.

Poland reported that TVP’s top live average audience was 0.79 million for athletics on August 11, followed by 0.38 million for sport climbing (speed) on August 15.

In Sweden, SVT won a 35 per cent viewing share for its coverage of athletics on August 15.

In the United Kingdom, the BBC’s top live average audience was 1.5 million for its athletics coverage on August 15, and it also scored a 19.4 per cent viewing share for its coverage of a variety of sports (athletics, beach volleyball, track cycling and table tennis), on the afternoon of August 16.

"This represents a significant increase on the first edition of the European Championships in Glasgow and Berlin in 2018."

Meanwhile Munich 2022 have confirmed that Munich’s Olympic Stadium contained 40,000 spectators for the athletics programme on August 16, when home athletes Niklas Kaul and Gina Luckenkemper created a storm of home support in earning dramatic victories in the men's decathlon and women’s 100 metres final respectively.

Organisers also reported 31,000 fans at the athletics for yesterday's rain-delayed evening session, which saw another memorable German triumph as Konstanze Klosterhalfen won the women's 5,000 metres title, as well 88,800 spectators across all sports on day eight.

Marc Joerg, co-founder and managing director of ECM said: "We are very pleased with the way in which Europe’s free-to-air broadcasters have once again embraced the multi-sport European Championships concept.

"We still have many more medal events to come over the final few days in Munich, packed into a compelling sports programme, so we hope to continue to see great audiences across the continent enjoying the best of European sport."

Eurovision Services, an EBU company, is providing services for the distribution of the international signal for the event, making it available across Europe, Asia and the Americas on six separate multilateral feeds.