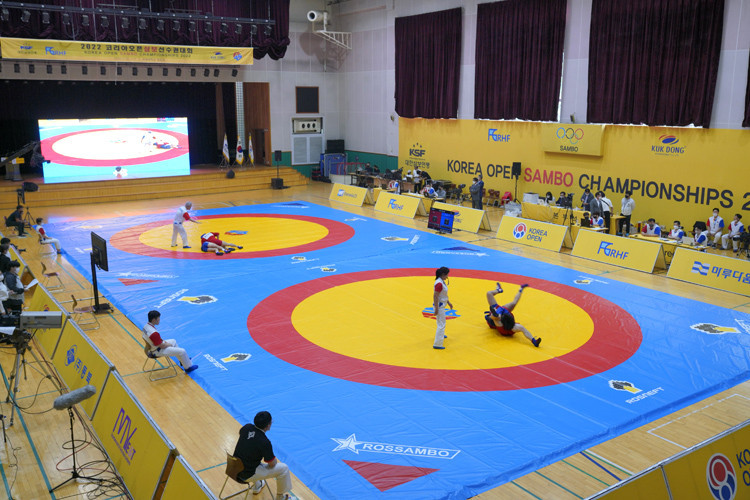 South Korea has hosted its national Open Sambo Championships as the country bids to further develop the sport in the country following the stagnation caused by the COVID-19 pandemic.

Approximately 300 athletes fought for titles at the large-scale international sambo competition in Pyeongtaek.

During the Opening Ceremony, anyone was able to take on the challenge of facing Lee Sangsoo, a multiple winner of international combat sambo tournaments.

Three-year-old Lee Sambo broke the record for the youngest participant in the sambo competition and automatically won gold due to an absence of opponents.

The youngster managed to fight a competitor twice his age, but ultimately lost to his more experienced foe.

Based off the results, the preliminary group of combaters for the World Youth Championship and World Championship were decided with the Select Committee due to choose on the final selection team following a closed qualifying tournament.

Their judgement will be formulated around the condition of the athlete and their recent results.

Mun Seongcheon, who is the President of the South Korean Sambo Federation and a member of the FIAS Executive Committee, is aiming to further develop the sport in the country.

"The Korean Open Sambo Championships will help raise the prestige of sambo in our country and create the basis for its further popularisation (sic)," Mun said.

"The federation will actively implement initiative projects for the development of sambo in the country and in the world.

"We will have a greater number of local tournaments in different regions of the country, and we will also make efforts for international exchange within the current possibilities of movement between countries."