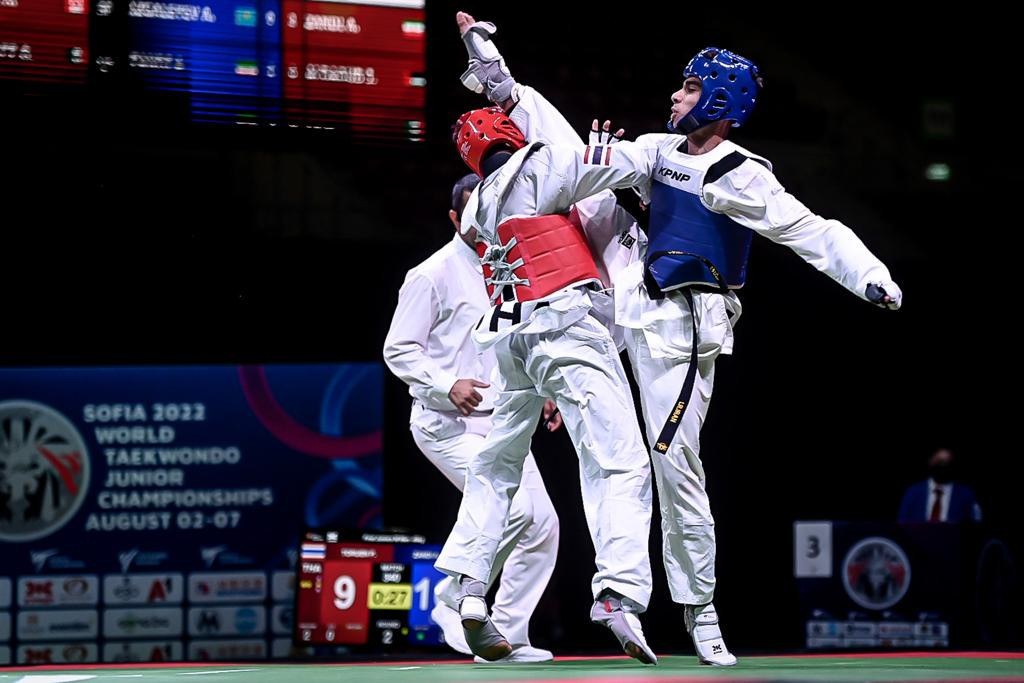 Iran and South Korea acquired two gold medals each on the second day of the Sofia 2022 World Taekwondo Junior Championships.

Abolfazl Zandi and Mobina Nematzadeh sealed titles for Iran while Kim Yunseo and Yang Huichan were responsible for bringing glory to South Korea.

Zandi fended off Thailand’s Pornpawit Toruen in the men’s under-48 kilograms final.

The Iranian landed several head kicks to finish the first round in pole position with a lead of 15-12.

He established full control in the second round, which he concluded with a score of 25-12.

Nematzadeh also defeated a Thai opponent, Kamonchanok Seeken, to achieve gold in the final of the women’s under-49kg.

She completely commanded the match, winning 9-0 and then 8-1 after the two rounds.

The bout contrasted to Kim versus Aidana Sundetbay where the Kazakh athlete held a 13-12 advantage after the first round in the women's under-46 final.

However, Kim fought back in the second round to win 6-5.

The deciding round saw the two athletes remain neck-and-neck on 9-9 before Kim struck a kick to Sundetbay with 45 seconds left to secure gold.

On this occasion, Yang provided a dominating performance against Tamirlan Tleules thanks to a first round total of 17-9 and a second round triumph of 16-13.