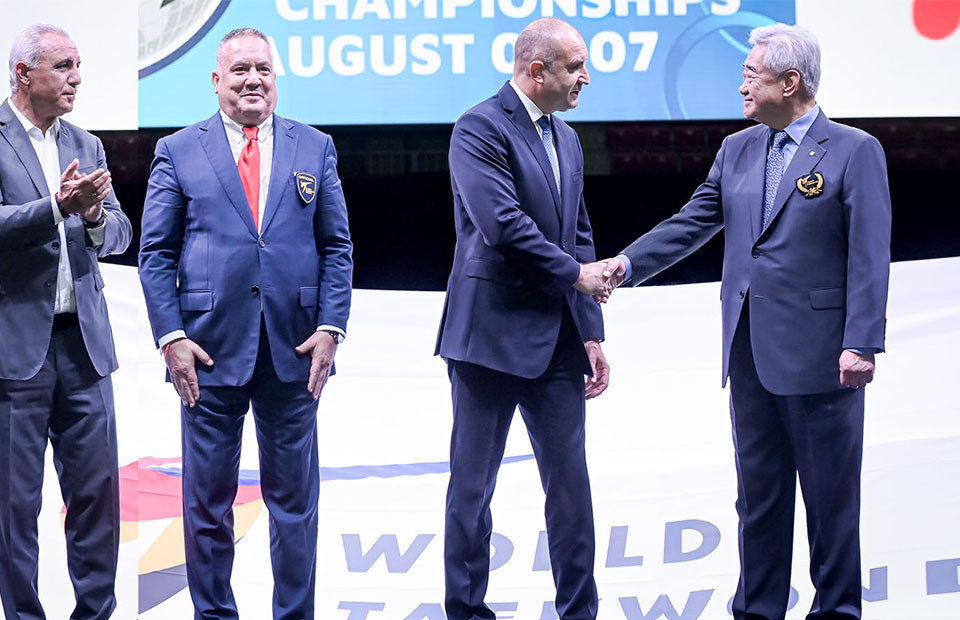 Bulgarian President Rumen Radev was a special guest as the World Taekwondo Junior Championships opened in Sofia with an Opening Ceremony that featured a performance from the WT demonstration team.

Addressing the crowd Radev said: "It is my great pleasure and honour to welcome you with the opening of the World Taekwondo Junior Championships.

"For centuries, ancient combat sports developed perfection of the physique and character, provided education in discipline and responsibility, and promoted respect not only for the partner, but also for the opponent.

"That is why even today taekwondo is one of the most popular sports, but not only that, taekwondo is a symbol of peace and good neighbourliness.

"To you, dear competitors, I wish you good health and many sporting successes. Be an example of the principles of fair play and values in physical education and sports."

In the women’s under-44kg Natkamon Wassana of Thailand won in three rounds against Parnia Salmani of Iran, with a big second round helping Wassana to the win.

Action is scheduled to continue tomorrow in Sofia.