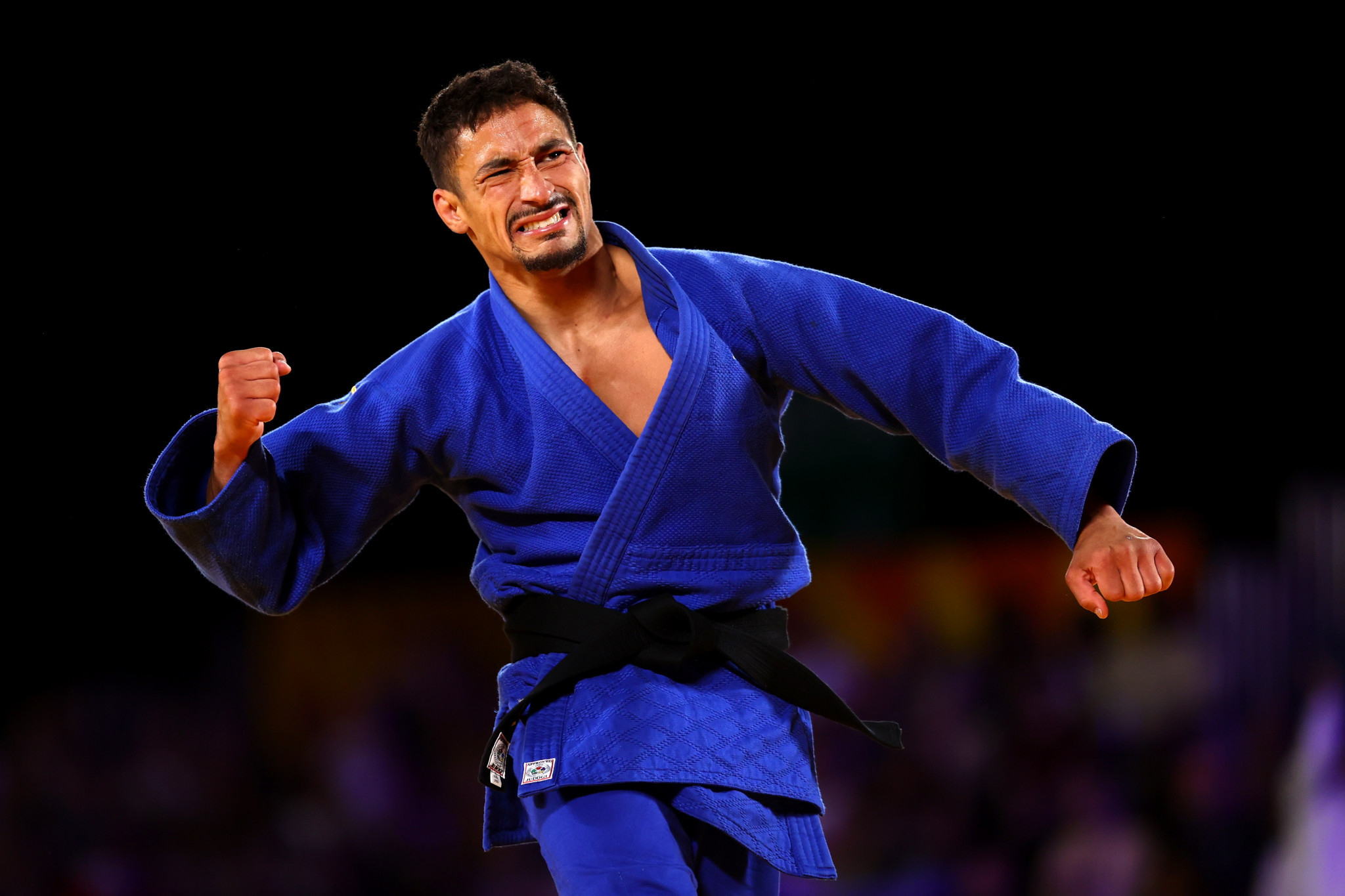 England’s Ashley McKenzie defeated compatriot Sam Hall to retain the men’s under-60 kilograms title as 2019 world champion Christa Deguchi of Canada survived a scare to strike gold on the opening day of judo competition at the Commonwealth Games here.

After an eight-year wait to defend his crown, McKenzie emerged victorious for the second time with a comprehensive victory over Hall at the Coventry Arena.

Judo was making its return to the Commonwealth Games after being omitted from the programme for Gold Coast 2018 and McKenzie ensured he was top of the podium again.

Facing fellow Englishman Hall, McKenzie proved too hot to handle as he went straight on the attack, producing a stunning throw to secure a waza-ari.

Thirty seconds later, McKenzie pulled off another throw to clinch an emphatic win.

England came close to sealing a second gold when Acelya Toprak pushed Deguchi all the way in the women’s under-57kg gold medal match.

Toprak faced a tall order against the two-time Pan American champion who has many Grand Slam and Grand Prix titles to her name and claimed the world crown in 2019.

The English judoka battled hard as she received a shido at the midway point in the bout.

Deguchi landed a waza-ari with just over a minute left of normal time only for the score to be scrubbed off following a video review.

With two seconds remaining, Toprak picked up a second shido but managed to force Deguchi into golden score.

The Canadian was then penalised for the first time before picking up another as hope over a shock home victory grew inside the arena.

But Deguchi silenced the home fans when she flipped Toprak onto her back for an ippon.

The other podium spot went to Christianne Legentil of Mauritius who defeated Suchika Tariyal of India.

It could have been a Deguchi double only for Tinka Easton of Australia to beat Christa’s younger sister, Kelly, in the women's under-52kg final.

Kelly Deguchi was the aggressor in the opening stages as she tried to pin Easton to the floor early on and made several attempted foot sweeps.

Both judoka were penalised with Deguchi picking up one shido and Easton receiving two as the match headed into golden score.

The Canadian tried to go for gold but was stunned by Easton who pulled off a fine throw to seal a match-winning waza-ari. Bronze medals went to Northern Ireland’s Yasmin Javadian and South Africa’s Charne Griesel.

Balarjishvili quickly made his presence felt as Allan picked up an early shido before the Cypriot got on the scoreboard with a waza-ari.

Allan tried to strike back but 19-year-old Balarjishvili remained in control, managing to fend off attacks from the Scot.

With 30 seconds remaining, 20-year-old Allan had Balarjishvili in a strong hold, but it was not enough to secure a point.

Balarjishvili received two shidos and his coach was thrown out for the second time as tension rose, but Allan failed to find the point.

Both judoka picked up shidos in the opening two minutes as they tried to outsmart each other.

Pressure was building as Likmabam received another penalty heading into the final 50 seconds of normal time.

Whitebooi also received a second shido in the closing seconds, leaving the bout on a knife-edge as they headed into golden score.

The South African emerged victorious, taking down Likmabam with a waza-ari just 25 seconds into added time.

Katryna Esposito of Malta clinched bronze with success over Priscilla Morand of Mauritius who had to receive oxygen and was carried off on a stretcher after collapsing following the match.

The other bronze medal went to England’s Amy Platten who took just 15 seconds to beat Harriet Bonface of Malawi.