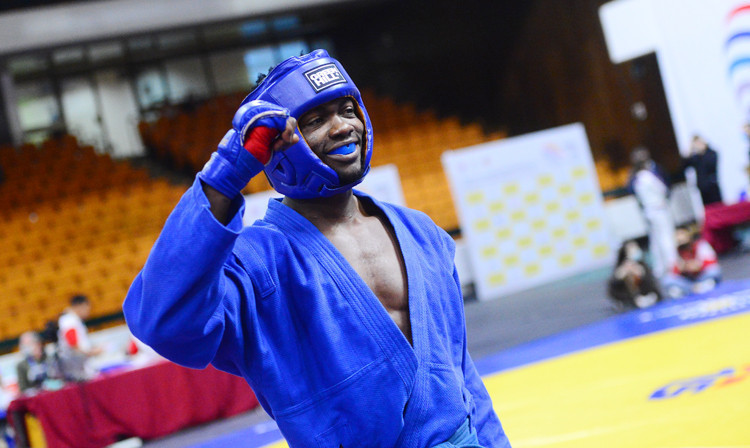 Seidou Nji Mouluh - the man who made history as Africa's first-ever sambist to win a world title - was among the host nation's victors as the African Sambo Championships began in Cameroon.

Nji Mouluh overcame Egypt's Khaled Abdalftah in the under-98 kilograms combat sambo final to earn one of Cameroon's three gold medals on the first day of action in Yaoundé.

Moroccans won four gold medals including the other two on offer in combat sambo; Badreddine Diani won the under-79kg title and Youssef Faout the under-64kg crown, both defeating Cameroonian athletes in their finals.

Men's, women's and combat sambo action is due to conclude tomorrow, before beach events take centre stage on Monday (July 18).