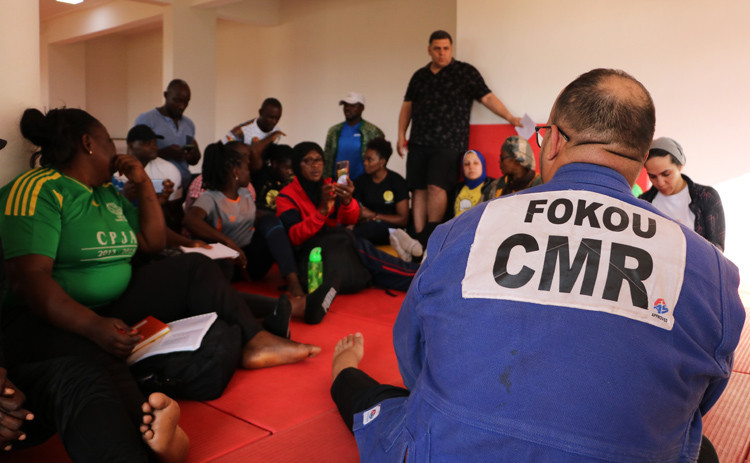 Referees have received expert training on the eve of the African Sambo Championships in Cameroon.

The training took place shortly before the African Sambo Championships - due to begin in Yaoundé today.

"It is important to note the desire with which all the participants of the seminar reacted to this training," Lebedev said.

"Each of them tried to absorb as much information as possible and record everything in their notes, as well as record it on video.

"We started the analysis of a new topic with general information, and thanks to constant questions and modeling situations from representatives of different countries, we reached the smallest subtleties of referees work."

FIAS executive director Sergey Tabakov added that several participants will be able to demonstrate lessons of the seminar in the African Sambo Championships.

Cameroon is historically one of the best nations in Africa in sambo, and last year won eight medals when Egypt staged the continent's flagship event.

This included five gold medals - a tally bettered only by Morocco.

In 2020, Cameroonian Seidou Nji Mouluh became the first African sambist to win a world title, in the under-100 kilograms men's combat sambo division.