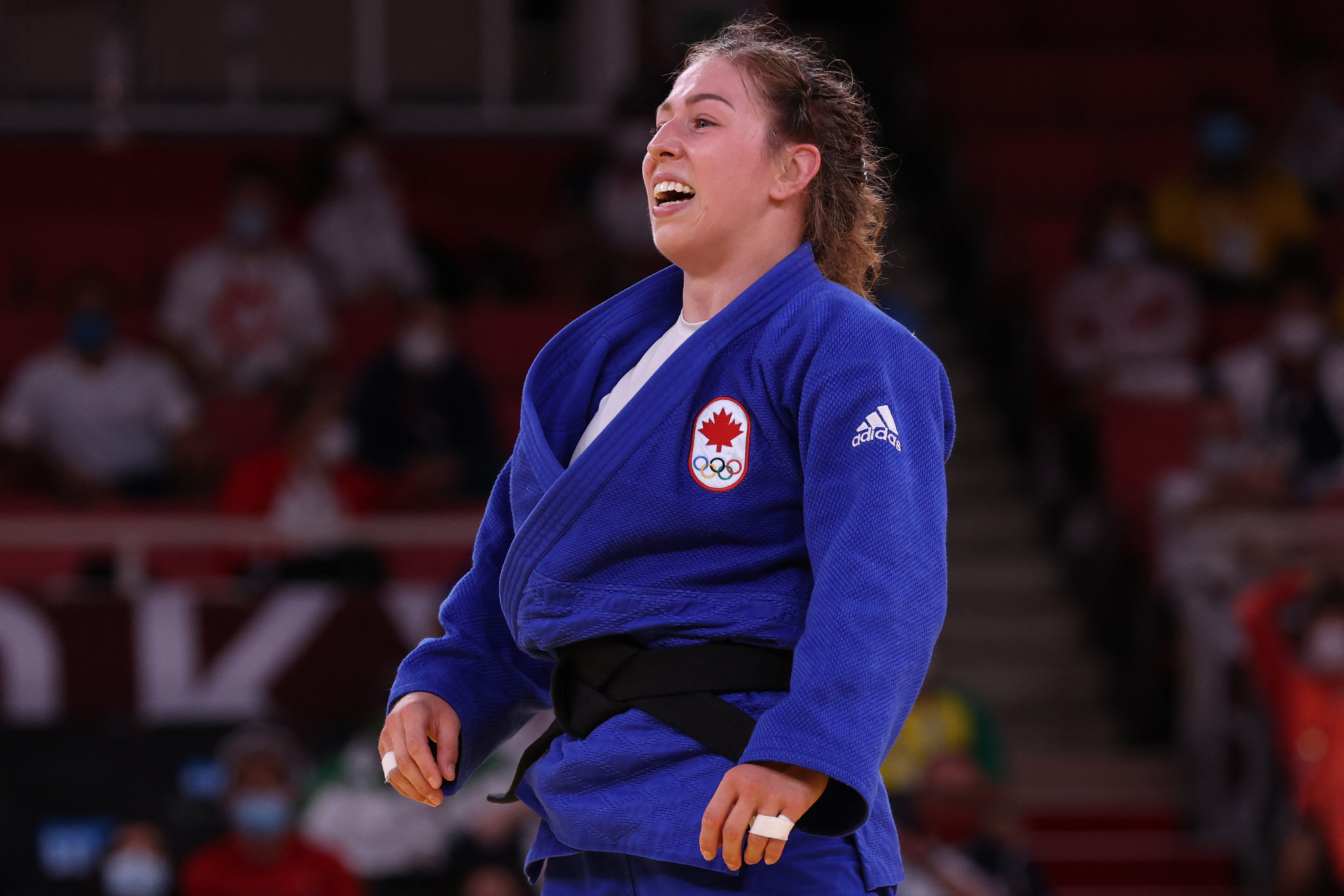 The Tokyo 2020 bronze medallist won the women's under-63 kilograms via walkover after Venezuela's Anriquelis Barrios was forced to withdraw before the final with a knee injury.

It is only Beauchemin-Pinard's second Grand Prix gold, with the first coming in Ulaanbaatar in 2014.

Gankhaich Bold of Mongolia won the first bronze as she dealt a decisive ippon to Spaniard Cristina Cabana Perez after 35 seconds.

Brazilian Ketleyn Quadros also made the podium with a 1-0 waza-ari count against Gili Sharir of Israel.

World champion Baraba Matić of Croatia secured the other women's gold available on the penultimate day of competition as she triumphed in the under-70kg competition.

After the entire four-minute duel with Germany's Miriam Butkereit, Matić was awarded the win courtesy of a singular waza-ari in front of a raucous home crowd.

Lombardo is making his mark at his new weight of -73kg. 10 seconds was all he needed in the final. 🥇🇮🇹#JudoZagreb #Olympics #Paris2024 #Sport #MartialArts #Croatia #Zagreb #Judo #OlympicQualifiers #RoadtoParis2024 pic.twitter.com/joLWCMCHoD

In the men's under-73kg, European champion Manuel Lombardo of Italy blitzed Cuba's Magdiel Estrada with a sudden ippon after 16 seconds to win gold.

Daniel Cargnin won bronze in an all-Brazilian battle with Pedro Medeiros as he registered a waza-ari before a crucial ippon with 2min 45sec on the clock.

Frenchman Alpha Oumar Djalo won the final gold of the day as he defeated Azeri judoka Saeid Mollaei in the men's under-81kg final.