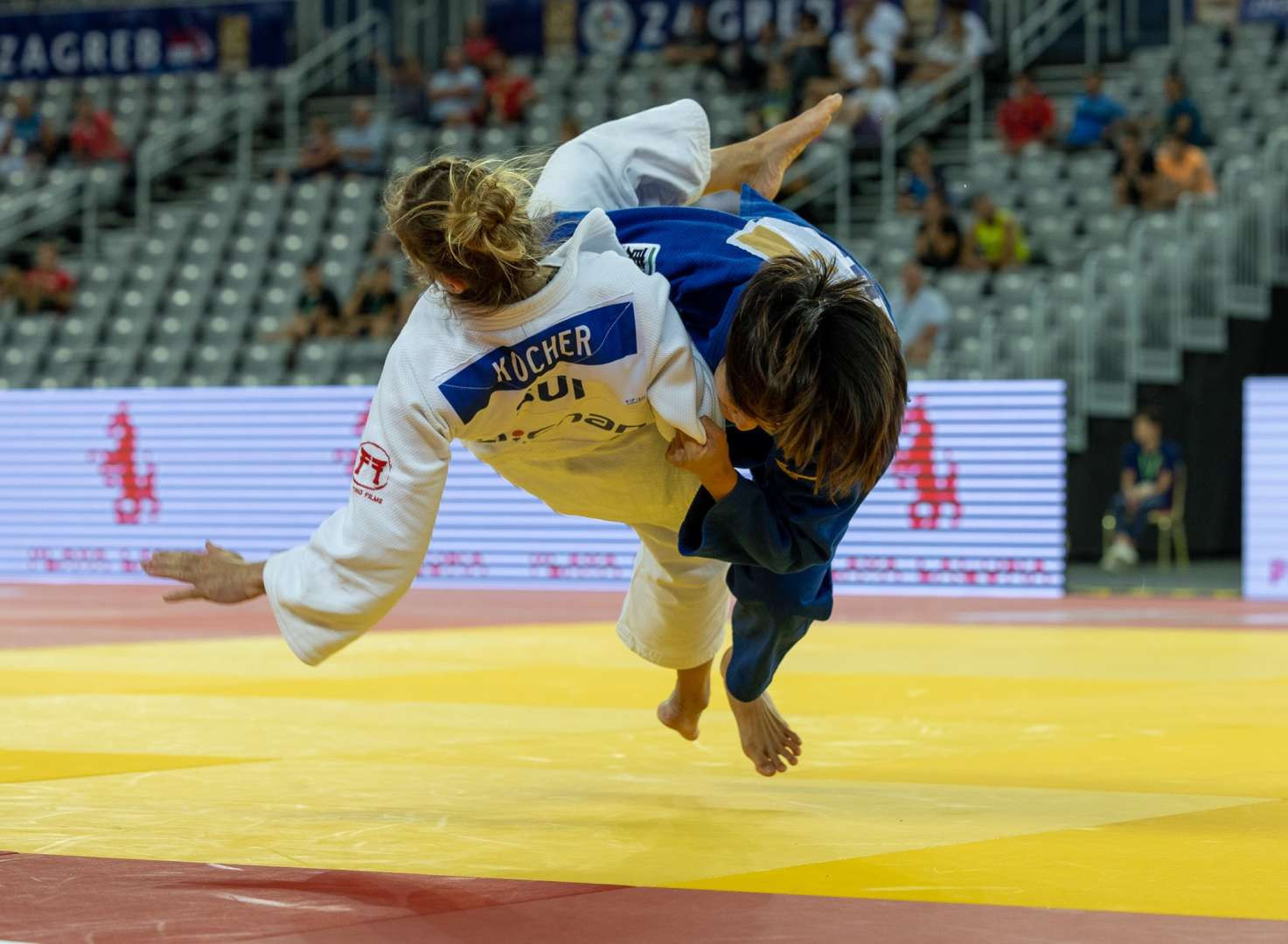 Abe met fellow Tokyo 2020 gold medallist Distria Krasniqi of Kosovo in the women's under-52-kilograms final at the Arena Zagreb in the Croatian capital.

After a hard fought 2min 06sec, Abe was awarded the win as she notched up two waza-aris in the deciding bout against Krasniqi, winner of the under-48kg gold medal at Tokyo 2020.

A second Japanese gold came soon after as the country climbed to the top of the medals table.

A perfectly executed shime-waza and a gold medal for Koga Wakana at #JudoZagreb! ???

Koga took just 35 seconds to force her opponent into submission with a shime-waza to claim victory.

Spain's Laura Martinez Abelenda and Tuğçe Beder of Turkey were awarded bronze medals after prevailing in the repechage round against Israel's Tamar Malca and Milica Nikolic of Serbia, respectively.

After a mammoth battle lasting over nine minutes, Shamshadin was awarded victory as Kim Won-jin of South Korea was penalised for a third time resulting in his forfeiture of the bout.