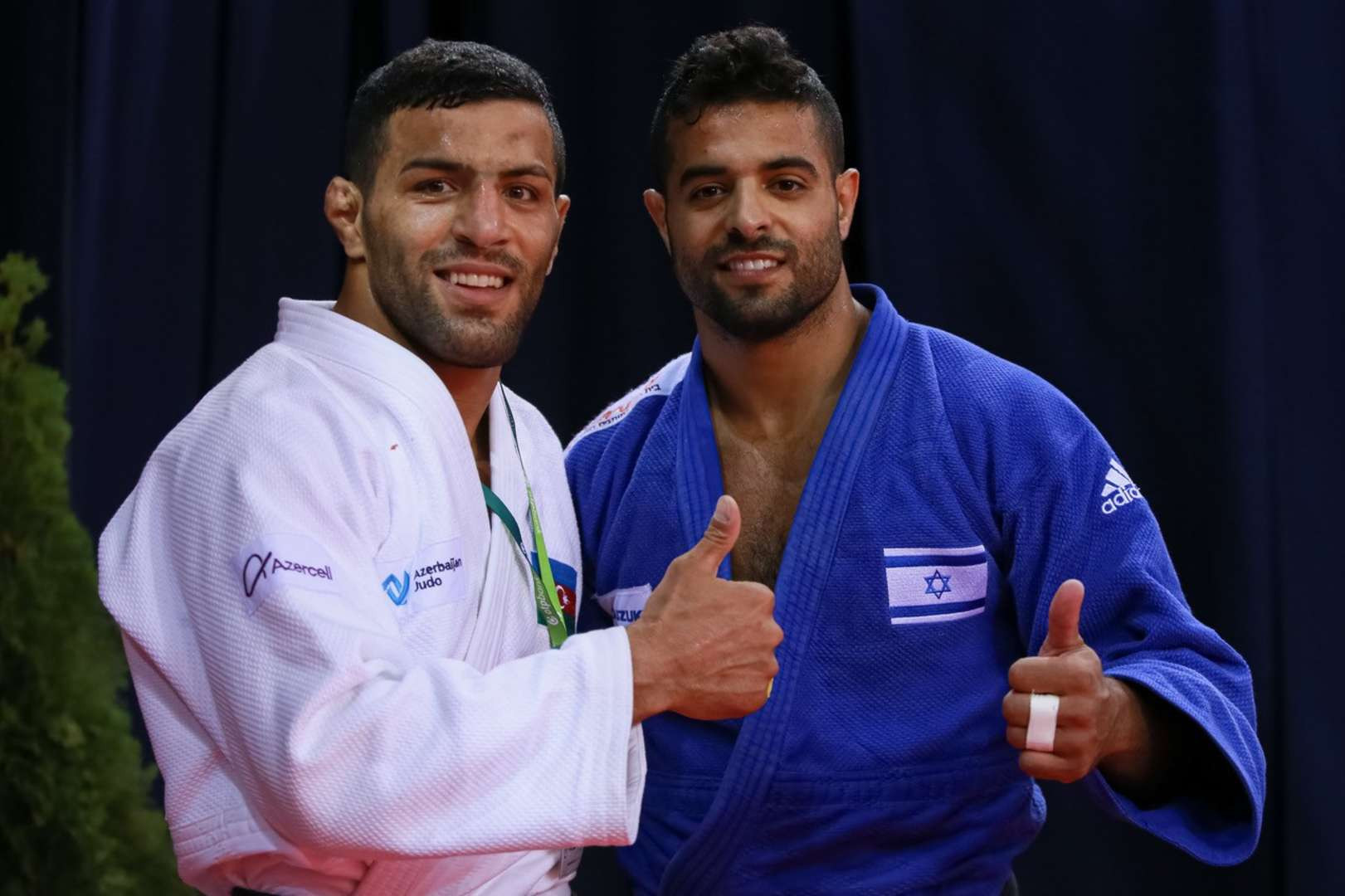 Following on from the controversy at the 2019 World Championships, Saeid Mollaei and Sagi Muki finally met at the International Judo Federation (IJF) Grand Slam in Budapest, embracing after their contest, three years after the Iranian-born athlete was ordered to throw a match.

Mollaei, now representing Azerbaijan, was told by Iranian authorities to lose his semi-final of the World Championships to avoid potentially meeting Israeli Muki in the men's under-81 kilogram final.

It is part of the Iranian Government's boycott of Israel, a nation it has not recognised since cutting diplomatic ties in 1970.

The Olympic silver medallist - who represented Mongolia at Tokyo 2020 before switching to Azerbaijan in May - fled Iran in 2019 due to fears over his own safety.

Now getting to meet his foe and friend, Mollaei defeated Muki in the quarter-finals on his way to the silver medal today.

After defeating his opponent, Mollaei shared a hug with Muki, three years after they could have met in the world final.

Later in the competition, he lost in the final to Brazilian Guilherme Schmidt.

In the battle of the Caucasus, Azerbaijan's Hidayat Heydarov won the men's under-73kg by beating world champion Lasha Shavdatuashvili of Georgia.

Tohar Butbul of Israel won against Poland's Adam Stodolski for bronze and Rustam Orujov made it two Azeris on the podium by defeating Magdiel Estrada of Cuba.

Their victories came over Britain's Gemma Howell and Ketleyn Quadros of Brazil respectively.

Saki Niizoe was victorious in the under-70kg final against Germany's Miriam Butkereit, while Barbara Matić of Croatia and Maria Pérez of Puerto Rico were third with wins over Britain's Kelly Petersen Pollard and Maya Goshen of Israel.