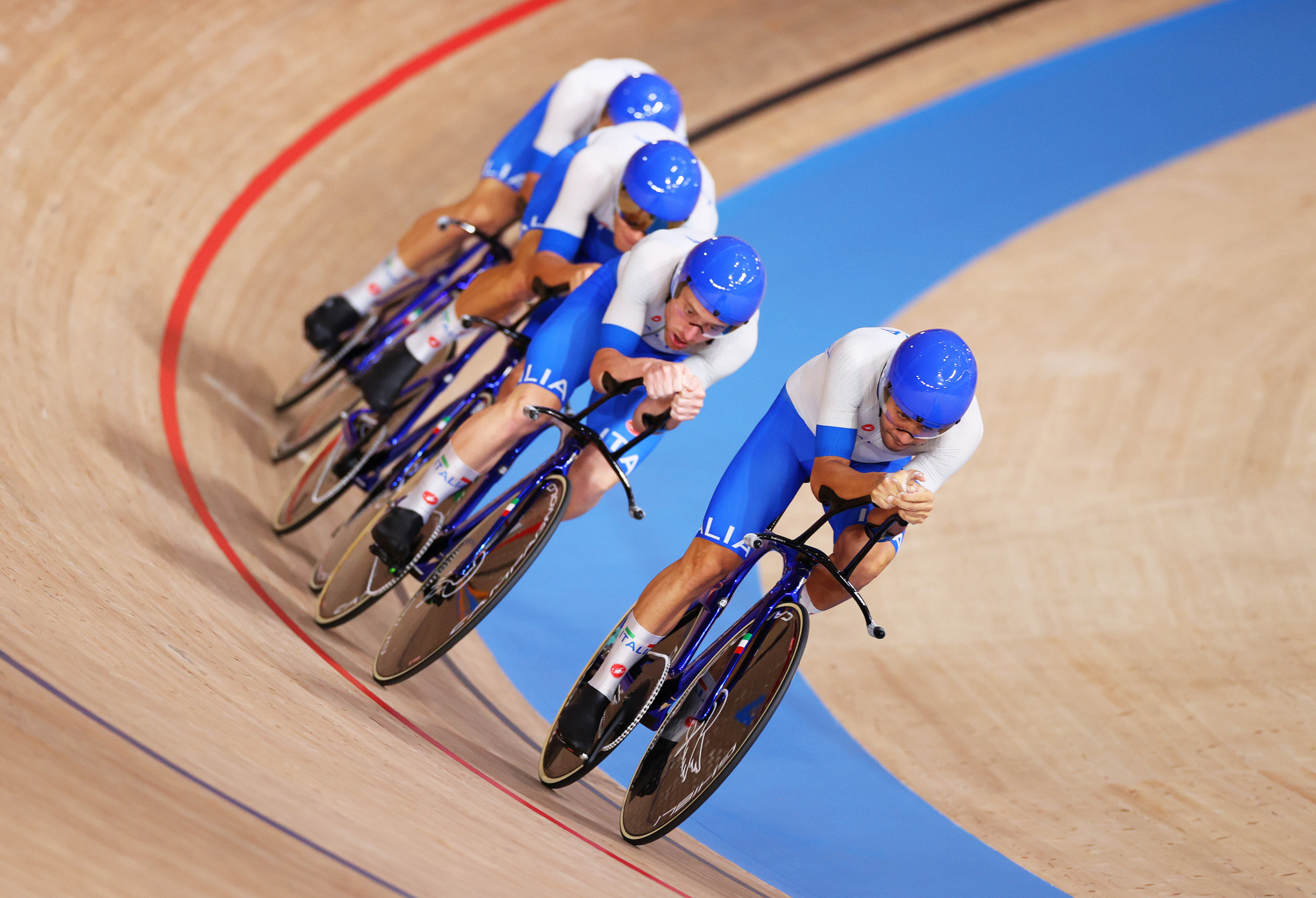 Italy topped the medals table at the International Cycling Union (UCI) Track Nations Cup with five golds in the Colombian city of Cali.

Tokyo 2020 men's team pursuit champions Francesco Lamon and Jonathan Milan were joined by Michele Scartezzini and Liam Bertazzo as they were victorious in the same discipline at Velódromo Alcides Nieto Patiño.

The Chinese team set the quickest time after the first 1000 metres but could not hold off their opponents who went on to record a 3min 55.081sec time, 2.729 quicker than the eventual runners-up.

World and European champion Milan then led an Italian one-two with Davide Plebani om the men's individual pursuit, crossing the line after 4:05.373 before Cheng Tingzhuang rounded out the top three.

Lamon paired with 2018 European champion Scartezzini in the men's madison and won it with ease.

The Italians amassed 106 points while Mexico's Ricardo Pena and Jorge Peyrot's 72 points was enough for silver ahead of Arango and Parra in third on 42 points.

Matteo Donegà picked up another gold for Italy in the men's omnium.

The 24-year-old overcame a poor start where he came 20th in the scratch race to record fourth, first and second-place finishes in the tempo, elimination, and points races to rack up 116 points in total.

Bernard van Aert of Indonesia narrowly missed out on the top of the podium on 114 points while Arango picked up another medal with a 113-point haul.

Champion of the World Championships elimination race last year, Letizia Paternoster picked up another gold medal in the women's individual pursuit in Cali with a 3:25.310 time to beat New Zealander Samantha Donnelly and Wang Susu of China.