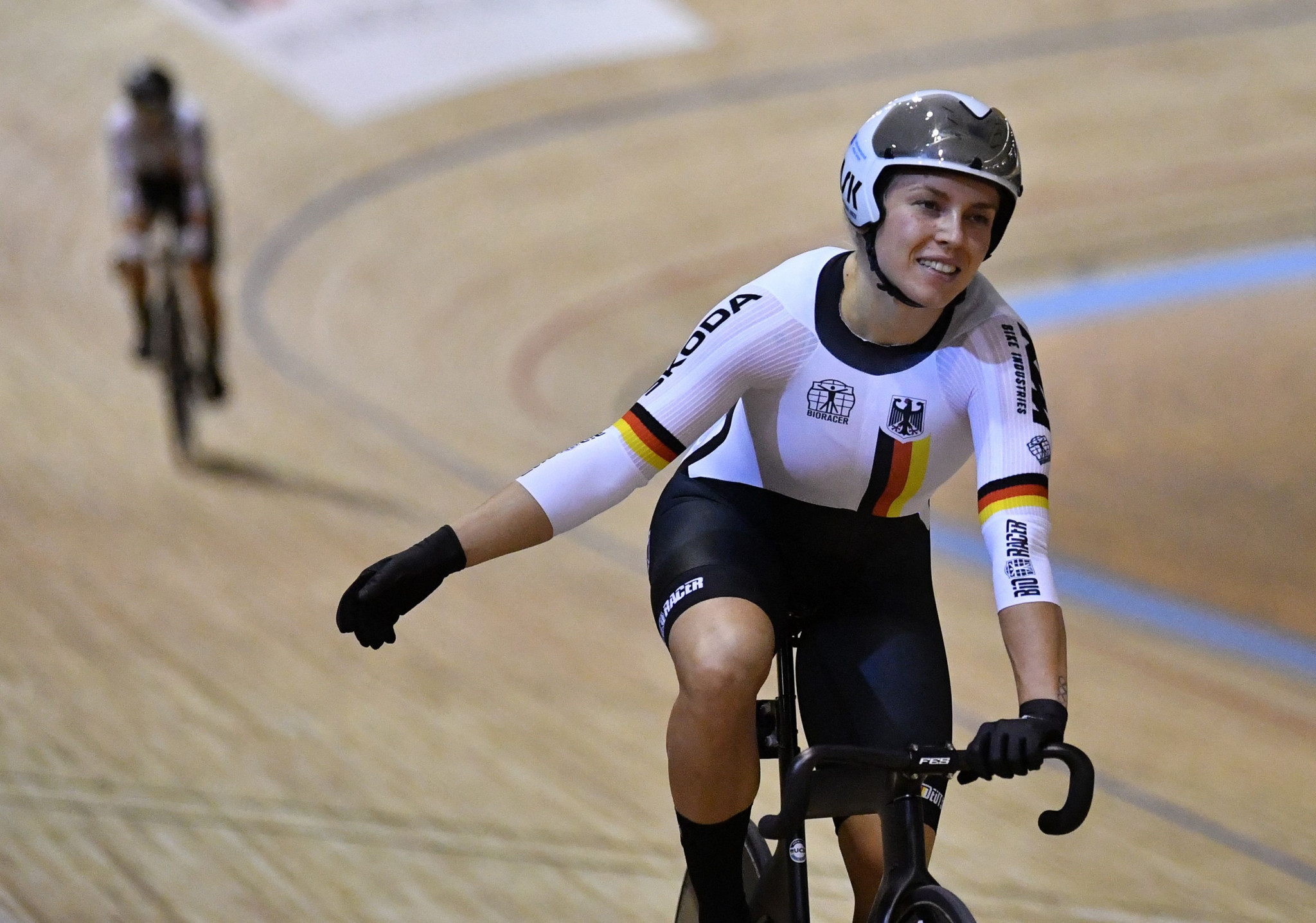 The German, a five-time world champion, beat Mitchell by 0.019secs in the first race before winning by 0.008 in the second to secure the title.

Britain's Rhys Britton lapped everyone in the men’s scratch race to storm to the title as Spain’s Erik Martorell Haga and Mattia Pinazz of Italy secured silver and bronze, respectively.

Lonneke Uneken of The Netherlands claimed silver, with Lily Williams of the United States taking bronze.

Competing at the next round of the 2022 Tissot UCI Track Nations Cup in Canada, Great Britain's @RhysBritton1 took gold in the Men's Scratch Race 🥇

Silvia Zanardi joined compatriot Bussi on the podium when she beat Australia’s Amber Pate in the bronze-medal race.

Nick Kergozou De La Boessiere collected silver after finishing 0.259 behind Xue, while Santiago Ramirez Morales of Colombia was 0.351 further back in third.

Jennifer Valente of the US and Jules Hesters of Belgium won the respective women’s and men’s elimination titles.

Valente finished first ahead of Zanardi and Britain’s Sophie Lewis, while Hesters beat Yoeri Havik of The Netherlands and Gavin Hoover of the US who picked up silver and bronze respectively.