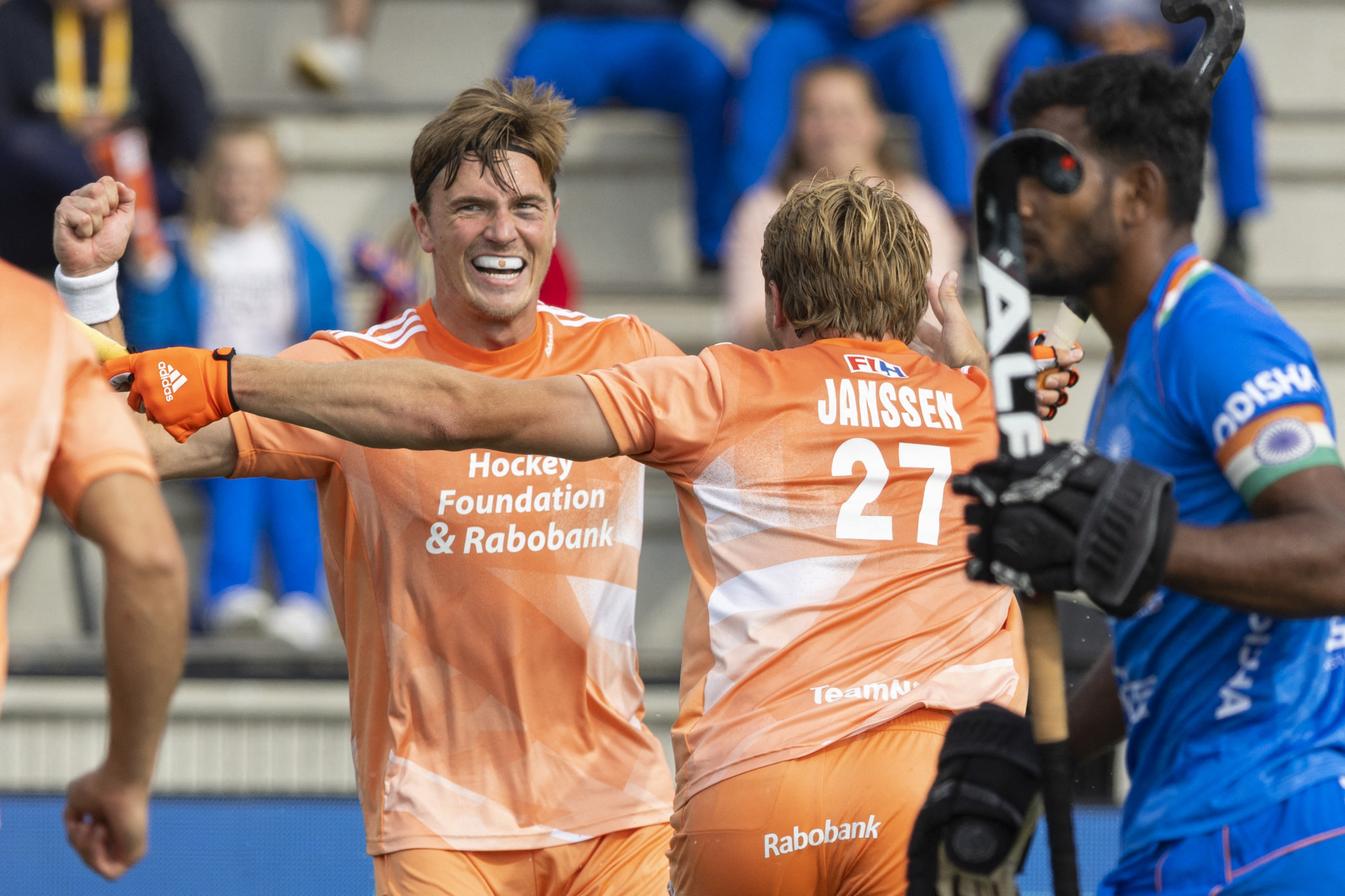 The Netherlands were crowned champions of the men's International Hockey Federation (FIH) Pro League after taking victory against India.

The Oranje needed three points from today's game at HC Rotterdam to win the league as they now move to 36 points with two games remaining while Belgium and India finish in second and third with 35 and 30 points, respectively, having played all 16 of their matches.

Jeroen Delmee's side got off to a shaky start as Abhishek opened the scoring for India inside the first minute.

However, the lead was short lived with Jip Janssen equalising from a penalty corner just five minutes later.

It was until the 44th minute until either goalkeeper was beaten again.

The Netherlands found the net again through a penalty corner with Jorrit Croon powering one beyond the reach of PR Sreejesh.

Scenes of jubilation erupted at the final whistle when the Dutch players realised they had secured the title.

Moments they’ll remember for a lifetime 🧡🏆🧡

Last season's champions Belgium ended their season on a high with a 5-0 demolition of England at the Lee Valley Hockey and Tennis Centre in London to avenge their shoot-out loss from yesterday.

In the women's event, Argentina, who had already secured the title, ensured they finished the season undefeated with a 3-2 win over India in Rotterdam.

The Argentines found themselves 1-0 down after a 22nd-minute Salima Tete goal but three goals in five minutes from Delfina Thome, Eugenia Trinchinetti and Agustina Gorzelany gave them the lead.

Grace Ekka Deep bought India back to within touching distance but they could not level the scores with 13 minutes remaining.

Also in Rotterdam, the United States faced China in the first game of the day which ended in a 2-1 victory for the Americans.

Later on in the London, Belgium battered England 4-1 to move up to fourth place.