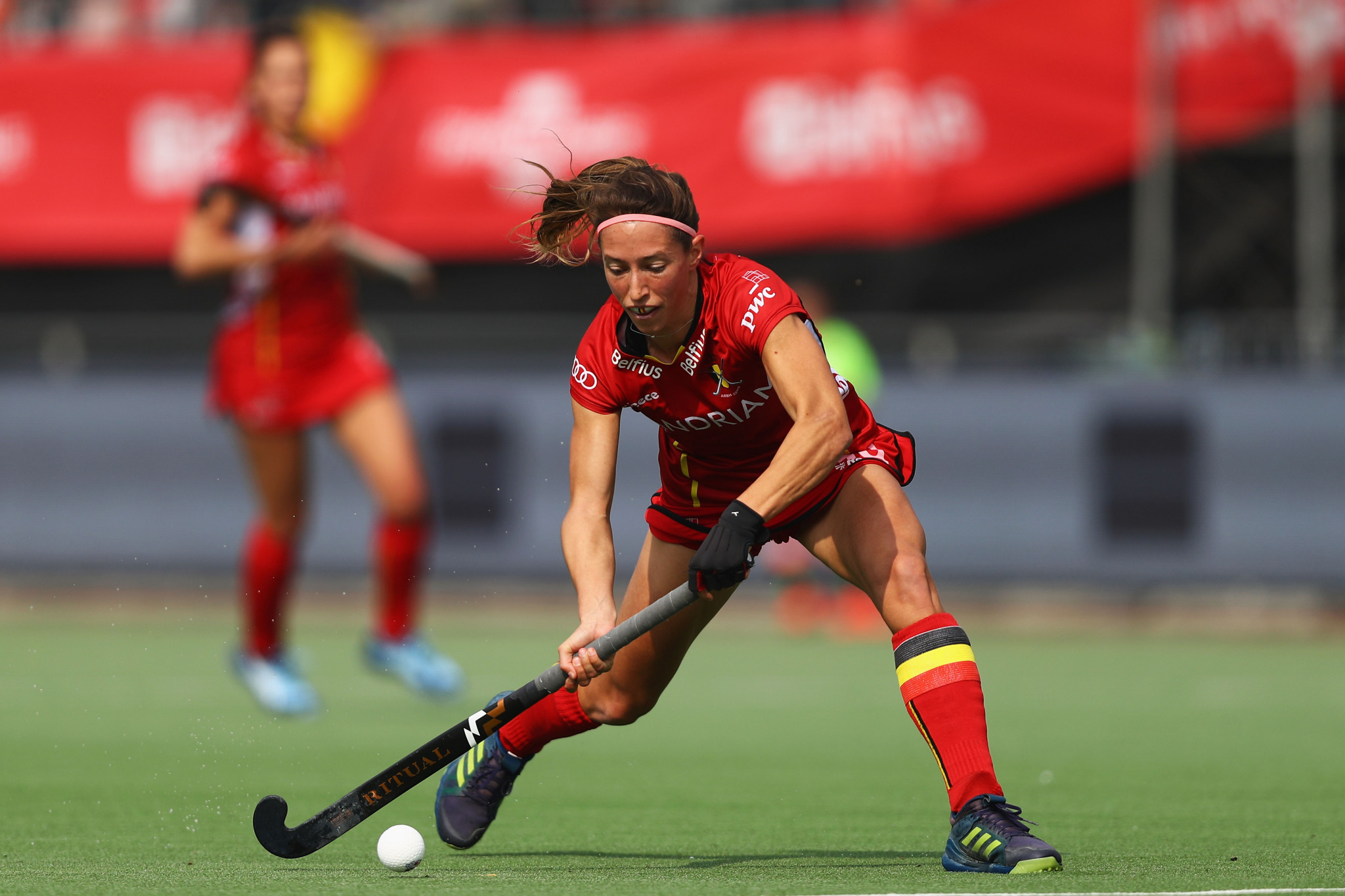 Barbara Nelen opened the scoring for Belgium in the second minute with a first-time shot after receiving the ball in the circle from a Louise Versavel pass.

The lead was then extended in the 35th minute thanks to a brilliant finish by Ambre Ballenghien.

India, who had to win today, to prevent Argentina’s victory, thought that they were going to post a comeback victory when Lalremsiami Hmarzote scored in the 48th minute to make it 2-1.

Despite creating many opportunities, it jus wasn’t meant to be for India.

The result leaves Belgium in sixth place while India are on third.

Germany broke the deadlock in the sixth minute through Sara Strauss after a tap in.

Sonja Zimmermann then doubled the lead in the 22nd minute through a penalty stroke after the Dutch goalkeeper Anne Veenendaal touched the ball with the back of her stick.

The Netherlands, despite being two goals down, were enjoying more possession and finally got rewarded for their efforts when Felice Albers put one in.

Lidewij Welten then made it 2-2 for the Dutch to set up a thrilling finish.

The Dutch were piling on the pressure and after multiple chances, Frédérique Matla scored the winner through a penalty corner.

The Netherlands are second in overall standings after today’s result with Germany in sixth place.

In the last women’s game of the day, Spain beat USA 4-2 on penalties after the match ended 1-1 in normal time.

Ashley Hoffman and Gerogina Olivia were on target for the United States and Spain respectively.

Lauren Moyer and Erin Matson failed to convert their penalties for the US.

The Netherlands’ men’s team also registered a 3-2 win over Germany.

Following India's defeat to Belgium, Argentina win their maiden #FIHProLeague title, with their two games to go.🏆🏑 #LasLeonas will play their last set of #FIHProLeague games versus India on 18th and 19th June 2022.@ArgFieldHockey pic.twitter.com/apKIKYhz5i

Joep de Mol’s solo effort in the second quarter put The Netherlands in the lead before Germany responded in the third quarter though a Thies Prinz penalty corner in the 43rd minute to make it 2-2.

The win helped the Dutch solidify their position at the top of the table while Germany are currently in fourth.

The most-thrilling match of the day was played between Belgium and India’s men’s teams.

The match ended 3-3 in normal time before India won the game 5-4 on penalties.

De Kerpel missed the only penalty as India won the match.

With the win, India are second in the league, two points behind The Netherlands.