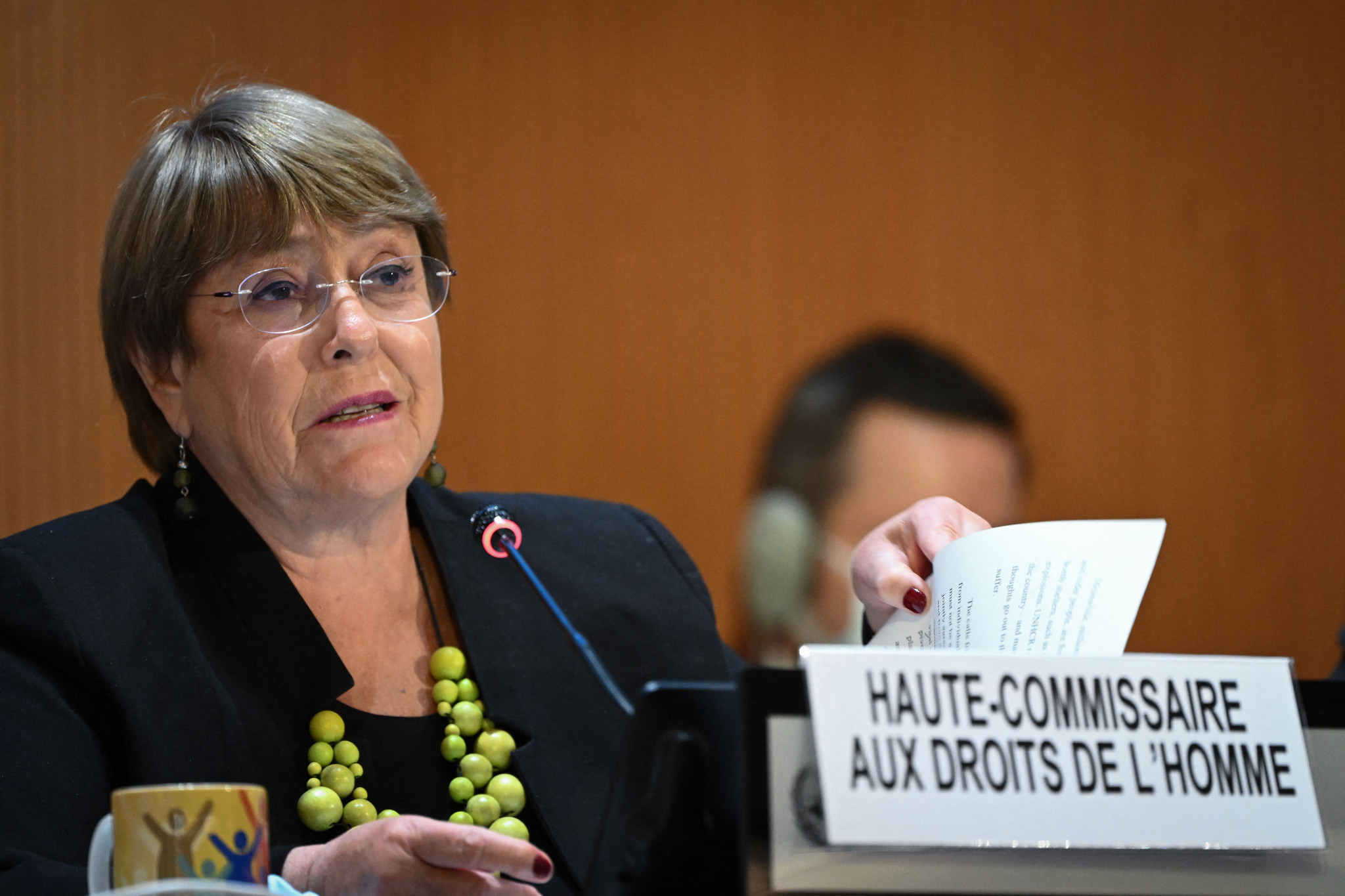 Human rights groups have heavily criticised United Nations (UN) High Commissioner for Human Rights Michelle Bachelet for not releasing her report on China's alleged abuses prior to the Beijing 2022 Winter Olympic Games as it would have been a huge blow to the country's hosting of the event.

The Chilean official is set to make a long-delayed visit to China this month but has given no word about the release of her postponed report on the human rights situation in Xinjiang.

"Bachelet handed Beijing a massive win by postponing the release of her report until after the Games and she gave away her leverage in doing so," said Lhadon Tethong from the Tibet Action Institute, in response to insidethegames.

"That is one of the key reasons in why we have so little faith in her commitment to meaningfully improve the human rights situation."

Last week a five-strong team of UN delegates landed in China to prepare for Bachelet's arrival which many feel should be postponed in response to the alleged violations.

"Assuming that the report is assessing the atrocities that are happening in the Uyghur region, it would have definitely threatened China's hosting of the 2022 Winter Olympics," said Zumretay Arkin of the World Uyghur Congress.

"The international community was watching the Beijing Olympics very closely and there was an emphasis on human rights issues around the Olympics.

"If this report came out during the Olympics it would have been very good timing for human rights groups and for China it would have ruined their Olympic Games because the conversation had already started about human rights issues.

"So, having the UN publishing a report would have been explosive.

"It would have been picked up by international media and Governments around the world and the focus would shift from the sport to the abuses happening in the country.

"I think it may have ruined the Olympic Games and maybe that was a factor for its postponement."

The Chinese Government has been accused of subjecting Uyghur Muslims to forced labour, operating a mass surveillance programme detaining more than one million people in internment camps, carrying out forced sterilisations and intentionally destroying Uyghur heritage in the region.

"Before the Winter Olympics, the human rights situation in China, Hong Kong, Tibet and East Turkestan had been deteriorating very much so Beijing was eager to host the Olympics," said Chinese human rights lawyer and activist Teng Biao.

"Not because they love sport, but because they want to use the Olympics to gain international endorsement and to cover up the atrocities committed by the Chinese Communist Party.

"We believe the Chinese Government pressured the UN and many other countries not to boycott and not to release the report beforehand.

"We know that Beijing even asked [Vladimir] Putin to postpone the invasion of Ukraine so they could showcase China in a good light.

"It’s not just a sporting event, it is an extremely important political event for Beijing."

China is set to host a number of major sporting events later this year including the Hangzhou 2022 Asian Games, scheduled from September 10 to 25 and the Chengdu 2021 Summer World University Games, due to take place between June 26 and July 7.