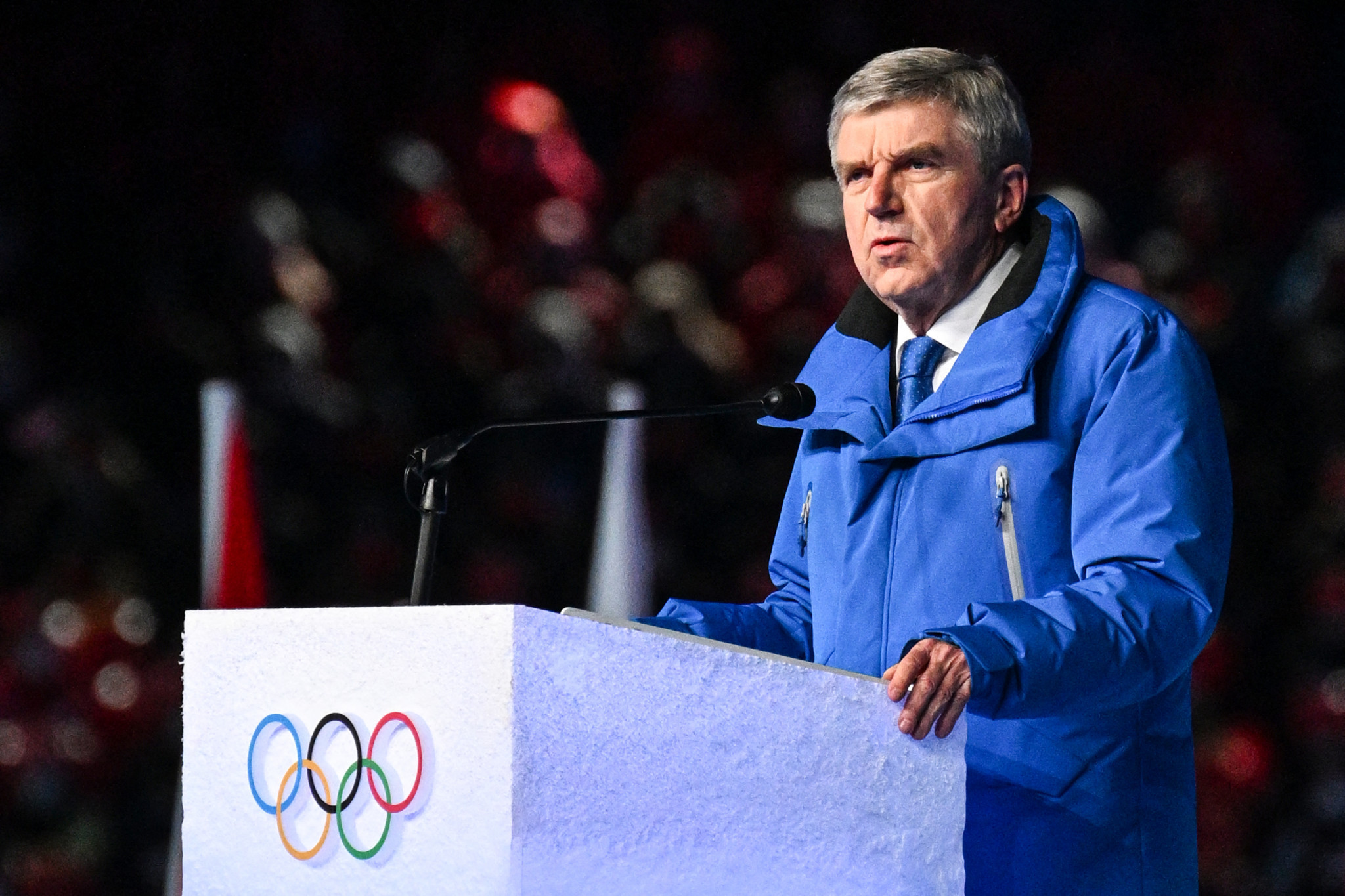 International Olympic Committee (IOC) President Thomas Bach called for political leaders to be inspired by athletes' "solidarity and peace" during his speech at the Beijing 2022 Winter Olympic Games Closing Ceremony, as processions came to an end tonight here at the Beijing National Stadium.

Bach took to the stage to officially close the Games, but first praised the competitors and their sportsmanship.

"Each and every one of you strive to achieve your personal best, we are deeply touched how you were wishing and cheering for your competitors to achieve their best as well," said Bach.

"You overcame these divisions, demonstrating that in this Olympic community we are all equal, regardless of what we look like, where we come from, or what we believe in.

"This unifying power of the Olympic Games is stronger than the forces that want to divide us.

"You give peace a chance.

"May the political leaders around the world be inspired by your example of solidarity and peace."

The IOC President reiterated a call for equal access to COVID-19 vaccines too calling for everyone to work together to end the ongoing pandemic, which is nearly at the two-year point.

In traditional fashion, Bach stood with the head of state from the host nation, Chinese President Xi Jinping at the start of the Closing Ceremony.

China's human rights record saw the IOC receive criticism in the lead-up to the Games, with the nation accused of the mistreatment of Uyghur Muslims, cracking down on democracy in Hong Kong and censoring freedom of speech.

His speech came at a time when border tensions between Ukraine and Russia have dominated world news.

The themes of the Ceremony were similar to the Opening Ceremony more than two weeks ago and nodded to the Ceremonies from the Beijing 2008 Olympic Games too.

After hosting the 2022 Winter Games, Beijing became the first city to host the summer and winter editions of the Olympics.

The snowflake Cauldron from the Opening Ceremony hung from the roof before proceedings got underway and was quickly at the centre of attention when the entertainment started.

Children had snowflake lanterns that interacted with the snowflake, in homage to the "playing of lanterns" during the famous Yuanxiao Festival, with lighting lanterns being a cultural tradition that is famous in China.

Twelve giant animal skates followed, representing the 12 Chinese zodiac animals, during the year of the tiger.

Nods to Beijing 2008 started with the Recognition of Volunteers, with the Games 14 years ago introducing the initiative that highlights some of those who contributed significantly through selfless acts.

Sun Zeyu was also one of six recognised for going viral on TikTok after American snowboarder Tessa Maud posted a video of her saying "Welcome to China" at the Opening Ceremony.

"A Willow Twig" was the centre of the Moment of Remembrance section of the Ceremony, with it representing two friends parting and the struggles during the ongoing pandemic.

In its place was the return of spring, focusing on moving forward and the positives in a post-pandemic world.

Between the end of the entertainment and the speeches of Bach and Beijing 2022 President Cai Qi, Milan Cortina 2026 received the Olympic Flag from the Beijing 2022 Organising Committee.

Present during the Handover Ceremony was the IOC President; as well as Mayor of Beijing Chen Jining, Mayor of Milan Giuseppe Sala and Gianpietro Ghedina, Mayor of Cortina d'Ampezzo.

Milan Cortina 2026 then showcased its artistic segment "Duality, Together", showing the harmony that can come from its two host cities, despite their contrasting features.

Bringing the Ceremony to a close was a throwback to Beijing 2008 as a children's choir sang the former Games' theme song You and Me.

As they did, the Olympic Rings from the Beijing 2008 Opening Ceremony rose as the snowflake descended and the Olympic Flame was extinguished.