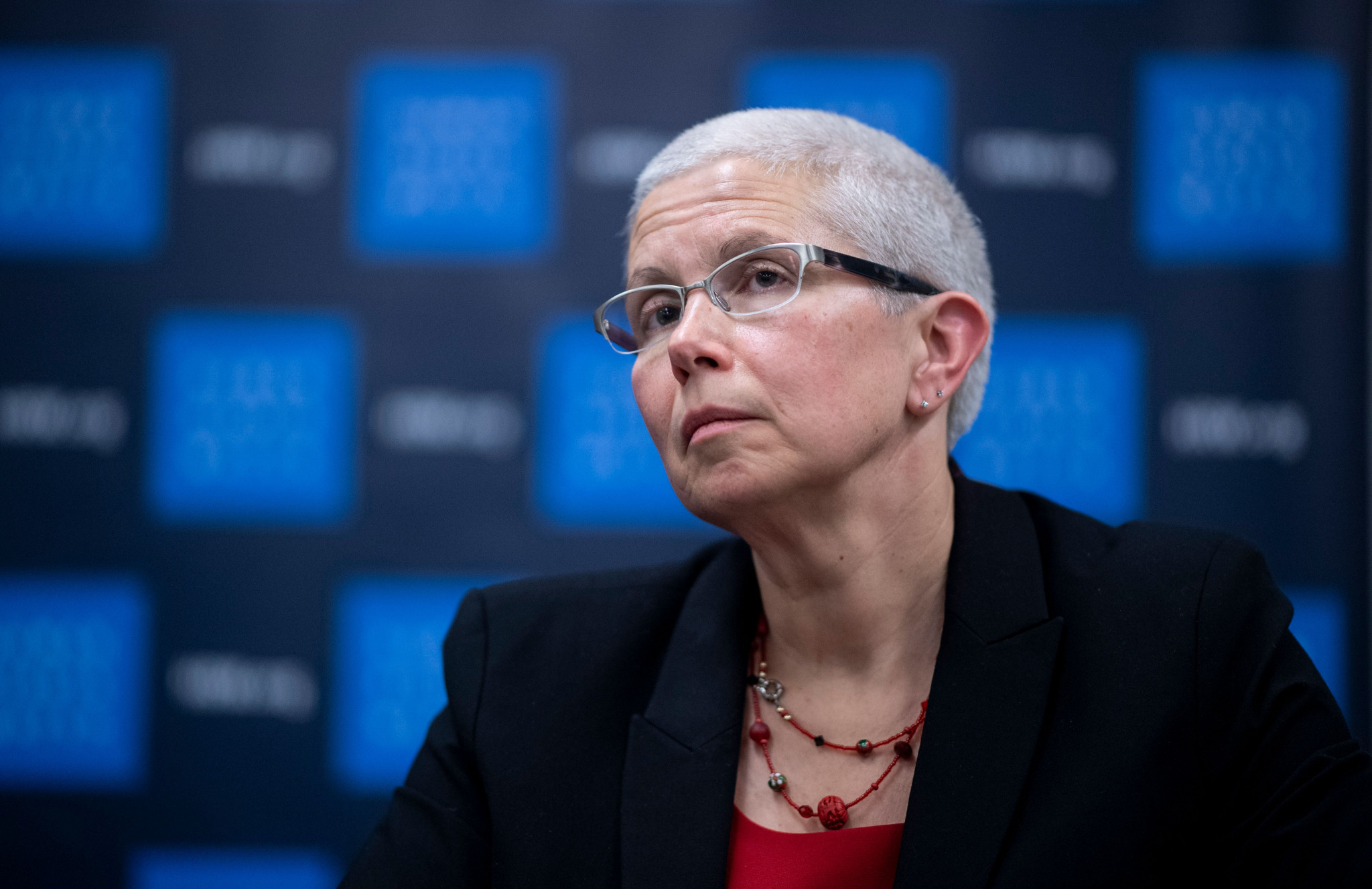 A leading Human Rights Watch (HRW) officer for China has today branded the International Olympic Committee (IOC) "absurd" after the organisation's spokesman Mark Adams failed to challenge Beijing 2022 official Yan Jiarong when she spoke out about the "One China Policy" and insisted that reports of crimes against the Uyghur and other Turkic communities were "lies".

Yan had insisted at the daily press briefing between Beijing 2022 and the IOC yesterday that the Chinese Government "were opposed to the politicisation of the Olympics".

"Yesterday’s press conference told us everything we needed to know,"

HRW condemned the IOC and corporate sponsors for not speaking out about the Chinese Government’s human rights record or using their influence to ask for improvements.

"Through their silence, the IOC and its corporate partners have been complicit in Beijing’s efforts to 'sportswash' human rights violations before a global audience," the HRW said.

IOC President Thomas Bach claimed today they had dealt with the issue.

"This problem we did not ignore," he said.

"We were immediately in touch with Beijing 2022 after this press conference.

"We restated our commitment to remain political neutral under the Olympic Charter."

HRW China researcher Yaqiu Wang claimed that Beijing becoming the first city in history to host both the Summer and Winter Olympic Games had embolden the coach.

"The full spectrum of the Chinese Government's rights abuses continued throughout the Beijing Games, whether crimes against humanity in Xinjiang or censorship in the Olympic Village," she said.

“This should be the endgame for abusive Olympics hosts."

Wang characterised the decision to choose a Uyghur Torchbearer as an example of the Chinese Government’s indifference to world opinion.

The choice of cross country skier Dinigeer Yilamujiang at the Opening Ceremony on February 4 was widely criticised in Western media as a political act.

"We went in to the Olympics expecting surveillance, the Chinese Government is belligerent aggressive, and don’t like to admit any wrongdoing," Wang said.

"Still I was surprised to see the final Torchbearer, this is like a middle finger to the rest of the world."

Wang claimed the choice was "as if the Nazis chosen a Jewish athlete to light the cauldron in [Berlin] 1936,"

HRW have insisted that the "Chinese Government’s censorship apparatus intensified during the Olympics".

Officials were seen manhandling Dutch television reporter Sjoerd den Daas as he was delivering for the Netherlands broadcaster NOS.

Den Daas claimed reporters had been "repeatedly obstructed or stopped by the police" while covering the Games.

"It was extremely irresponsible to award the Games to a country that violates human rights as blatantly as the Chinese Government is doing," Van der Poel told reporters in Sweden.

Germany’s luge gold medallist Natalie Geisenberger had been critical of the the Chinese Government prior to the Games and promised she would comment after she returned home.

Another gold medal for @NilsPoel 🇸🇪, a true @Olympics champion, speaking some truth re 🇨🇳China & #Beijing2022 :

- "I think it is extremely irresponsible to give it to a country that violates human rights as blatantly as the Chinese regime is doing."https://t.co/wbbxn0bjcB pic.twitter.com/6hVihGWkcV

Double United States cross-country Olympian Noah Hoffman has expressed concern for athletes who express their opinion during the Games,

"The Games have been superb but have been used to empower a regime that perpetuates abuses," he said.

"I have spoken to multiple athletes who wanted to speak out and decided it was not worth the risk,

"In the US team officials were not letting them answer questions about human rights and athletes are scared to speak out after threats from the Organising Committee,"