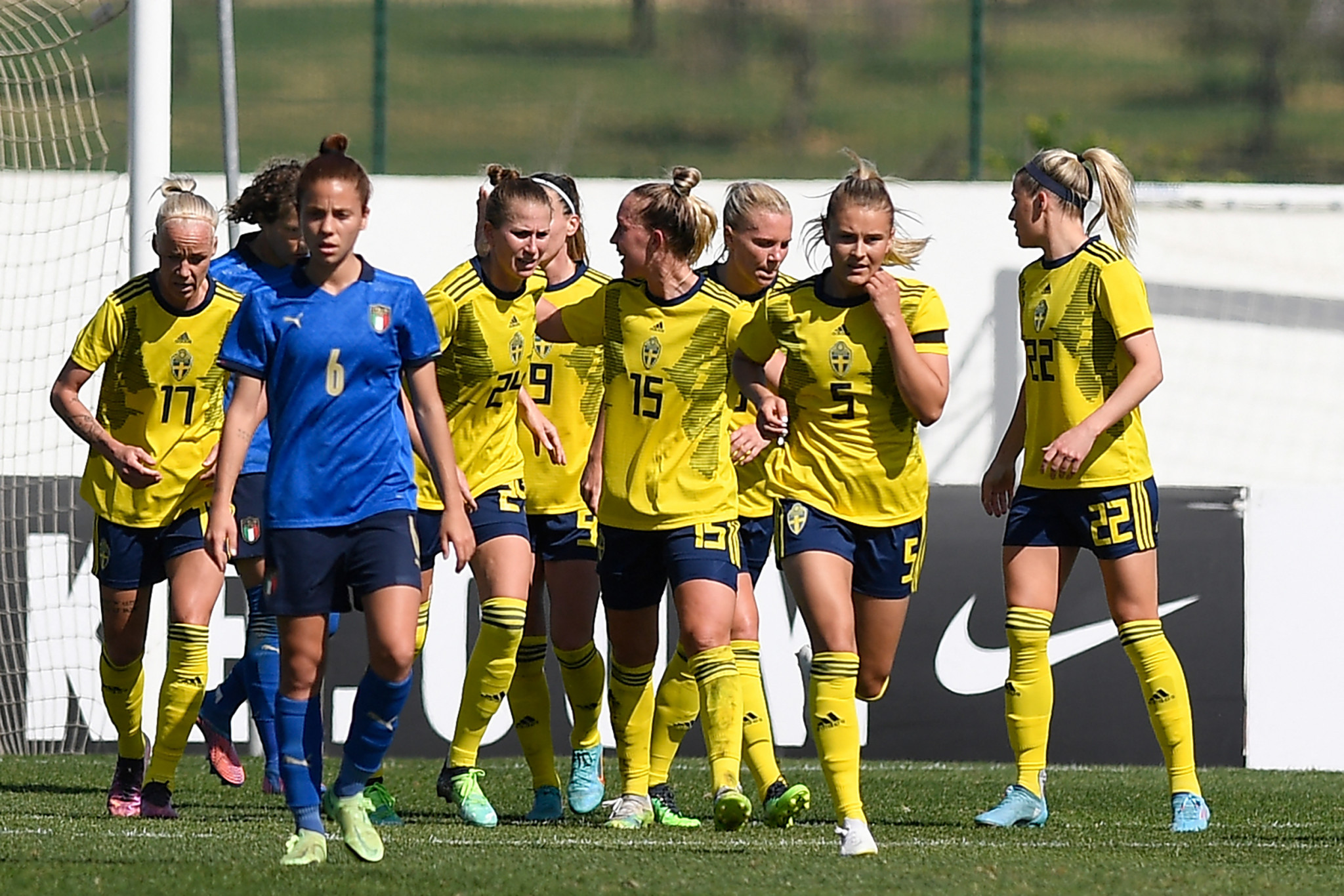 Swedish Football Association (SvFF) President and UEFA first vice-president Karl-Erik Nilsson has insisted the country's national team will not face Russia at this year's Women's European Championship, regardless of the outcome of any Court of Arbitration for Sport (CAS) appeal.

Russia's national teams and clubs have been banned from competitions organised by UEFA and FIFA, football's European and global governing bodies, in response to the widely condemned war waged on Ukraine.

Yet UEFA President Aleksander Čeferin said earlier this month that a decision on Russian participation at the European Championship had not been made.

Russia are included on the list of 16 teams taking part on UEFA's website, with an asterisk next to the name denoting Russia's suspension.

The CAS has already rejected Russia's appeal to lift the FIFA and UEFA bans prior to a full hearing.

The SvFF - together with its equivalent bodies from Poland and the Czech Republic - earlier refused to play Russia in European qualifying playoffs for this year's men's FIFA World Cup in Qatar.

This stance was adopted before FIFA ultimately moved to suspend Russia.

Russia had been drawn in Group C of the European Champion, and were scheduled to face Switzerland on July 9, The Netherlands on July 13 and Tokyo 2020 Olympic silver medallists Sweden on July 17, all at Leigh Sports Village.

"Given the current situation, we will not face Russia in the European Championship," he told SVT.

"Thus no difference from previous positions."

Nilsson also expressed hope that a CAS verdict would pave the way for UEFA to select a replacement for Russia at the tournament, although with no hearing date yet scheduled it may well not happen before the tournament begins on July 6 in England.

"The most obvious thing is that the interim decision stands, but UEFA can not pick a new nation until CAS has finally decided the matter," Nilsson told SVT.

"We hope for as soon as possible."

UEFA President Aleksander Čeferin earlier this month said more information was needed before a firm decision on Russia's involvement at the Women's Euro 2022 could be made.

"You know that the Russian Football Union (RFU) has filed claims against the decisions," the Slovenian official said.

"We are waiting for some information on them.

"We do not know what will happen on them, but we know that the European Championship is very soon.

"We will make a decision soon, but we need more information."

FIFA and UEFA suspended Russia's national teams and clubs in line with recommendations from the International Olympic Committee on February 28.

However, the RFU remains an active member of both governing bodies.

Last month, RFU delegates attended the FIFA Congress in Doha and launched a surprise bid to stage the men's UEFA Euro 2028 or 2032.

Russia's invasion of Ukraine began on February 24, and is being assisted by Belarus.

According to the United Nations, at least 1,982 civilians have been killed in the war, although it is feared the true figure is far higher, and more than 4.8 million refugees have fled Ukraine.