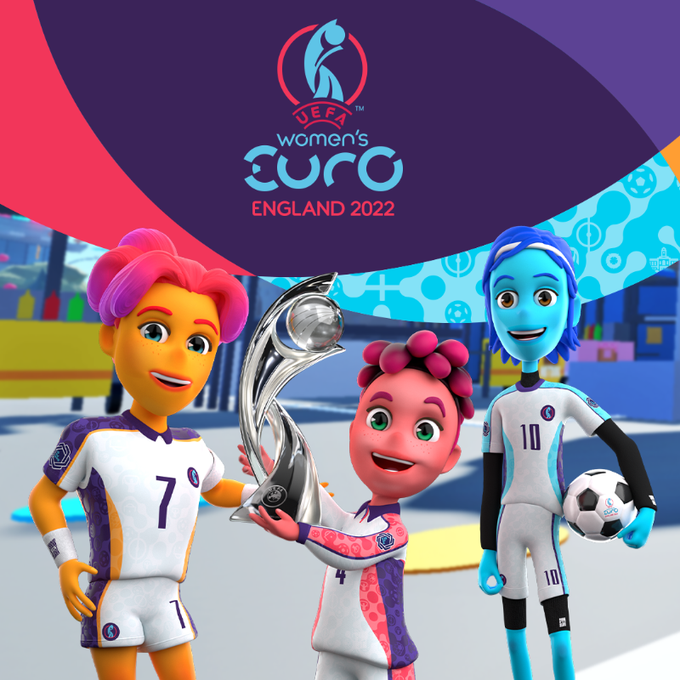 UEFA has unveiled a trio of fun virtual mascots to make their debut in the metaverse ahead of the Women’s Euro, which is scheduled to begin at Old Trafford in July.

Developed by metaverse games maker Dubit, Kai, Robyn and Ashley will show up as interactive characters in "The Road to UEFA Women's Euro" game on Roblox and educational video series on YouTube alongside Europe’s top players, which will also be shared with schools across Europe through UEFA's "Football in Schools" programme.

The mascot campaign is a great opportunity to encourage children to be active and play football through platforms they already consume on a daily basis.

They will be able to dress their avatar in their favourite participating team’s colours and train with "Hat Trick", the collective term for the mascots, to earn their game powers before taking on a series of obstacle courses.

"It has the potential to inspire millions of girls and boys to play football, so it is important for us to take the tournament to the platforms and spaces they occupy.

"We hope our new gaming experience will capture the imagination of children and get them to interact with football and UEFA Women’s Euro in a way that we have never explored before.

"But of course, we want them playing football in real life as well as engaging online.

"We hope by that by also putting Europe’s best players at the heart of this campaign alongside our Hat Trick mascots, that we will give girls and boys across Europe new heroes to emulate."

A total of 12 real-world footballers will also take part in the game, including Manchester City star Lucy Bronze, Barcelona’s Alexia Putellas and Vivianne Miedema of Arsenal, to help them "level up" their skills and to have a good mindset for both football and life.

UEFA has recently launched a dedicated women's football strategy "Time for Action", which aims to increase the participation of women in football across Europe.

The UEFA European Women's Championship, held every four years, is scheduled to take place from July 6 to 31.