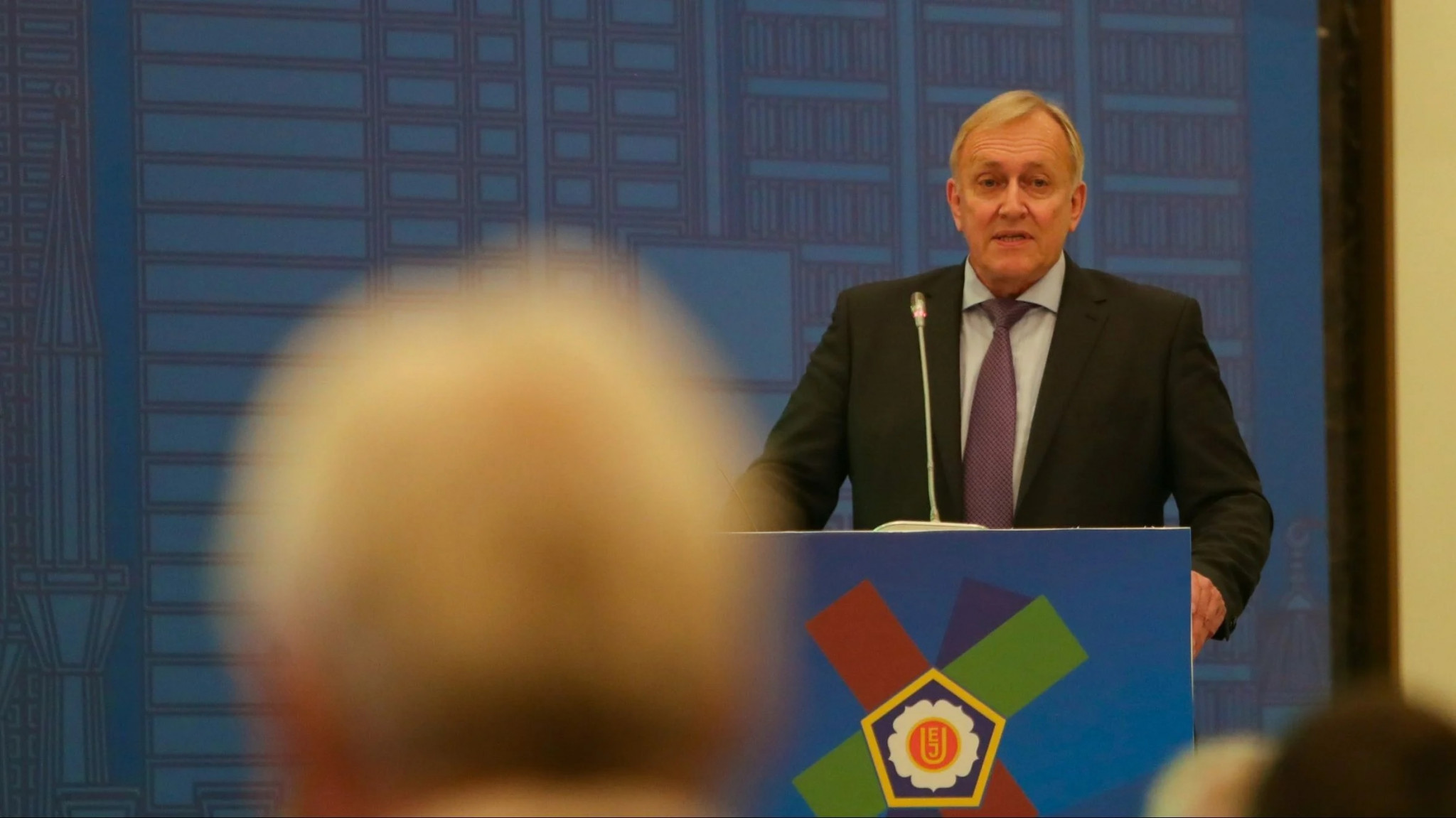 German Otto Kneitinger is expected to be elected as President of the European Judo Union (EJU) at an Extraordinary Congress in June following the resignation of Sergey Soloveychik in response to Russia's invasion of Ukraine.

Russian official Soloveychik led the governing body for 15 years before agreeing to step down on February 28 in the wake of the war in Ukraine.

He said in a resignation letter that Europe was "faced with a situation unprecedented in its tragedy" and that "we pray to God for the end of human suffering", but did not condemn Russia and Belarus invading neighbouring Ukraine.

With Soloveychik departing, vice-president Kneitinger was unanimously voted in as Interim President by the EJU Executive Committee.

Following an extraordinary meeting on March 10, the EJU Executive Committee said it was "fully supporting the team of President Otto Kneitinger for completing the term until the end of 2024".

It also confirmed that an Extraordinary Congress will be staged on June 17 in Austrian capital Vienna where elections will be held for the roles of President and secretary general.

Gamba announced his resignation earlier this month after 15 years in the position.

The 63-year-old Italian, an Olympic gold medallist in the lightweight division at Moscow 1980, has been the coordinator and coach of the Russian men’s national team since 2009.

Gamba was awarded the Russian Order of Friendship in 2013 before the country’s President Vladimir Putin granted him Russian citizenship three years later.

He had been elected general secretary of the EJU in 2016 and he had re-appointed at the EJU Ordinary Congress in Istanbul in December.

"But, at the same time, I cannot accept that the world of judo can be divided."

As well as the resignations of Soloveychik and Gamba, the EJU withdrew Putin’s status as Honorary President - a move also made by the International Judo Federation.

The EJU said no competitions will be held in Russia "until further notice" and all contracts with Russian sponsors had been "put on hold".