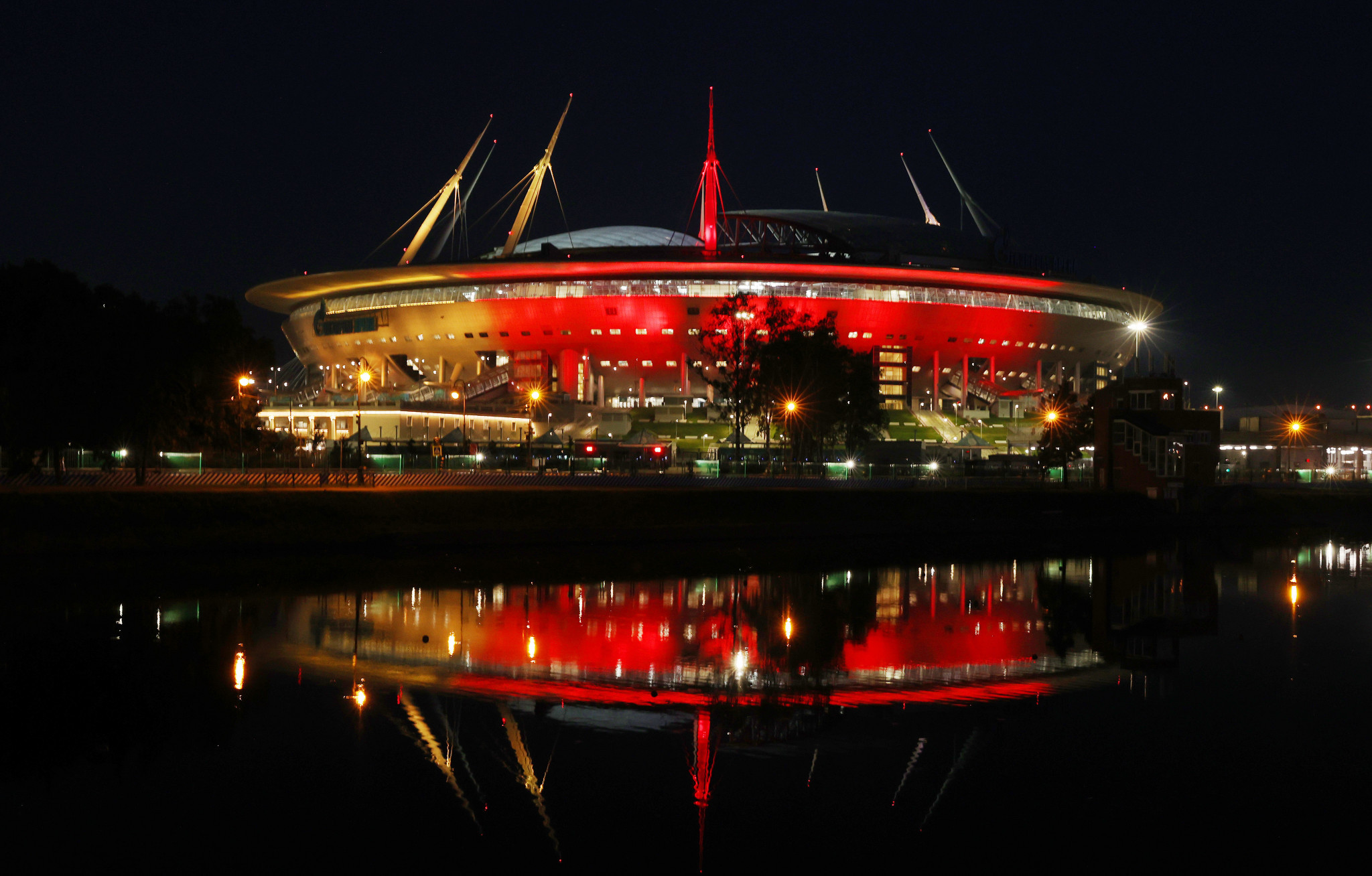 UEFA has moved this season's Champions League final out of Russia, with Paris replacing Saint Petersburg as host, while Russian and Ukrainian teams will have to play their home matches at neutral venues.

Until further notice, both club and national teams from the countries will need to play home games abroad, an emergency UEFA Executive Committee meeting concluded.

It follows Russia's invasion of Ukraine, which has led to heavy fighting and hundreds of deaths.

The Stade de France is the new venue for the Champions League final on May 28, replacing Gazprom Arena.

Gazprom, the Russian energy giant, is a major sponsor of UEFA and the organisation has also faced calls to terminate this agreement.

"The UEFA Executive Committee today held an extraordinary meeting following the grave escalation of the security situation in Europe," the governing body said.

"The UEFA Executive Committee decided to relocate the final of the 2021-2022 UEFA Men's Champions League from Saint Petersburg to Stade de France in Saint-Denis.

"The game will be played as initially scheduled on Saturday 28 May at 9pm CET.

"UEFA wishes to express its thanks and appreciation to French Republic President Emmanuel Macron for his personal support and commitment to have European club football's most prestigious game moved to France at a time of unparalleled crisis.

"Together with the French Government, UEFA will fully support multi-stakeholder efforts to ensure the provision of rescue for football players and their families in Ukraine who face dire human suffering, destruction and displacement.

"At today's meeting, the UEFA Executive Committee also decided that Russian and Ukrainian clubs and national teams competing in UEFA competitions will be required to play their home matches at neutral venues until further notice.

"The UEFA Executive Committee further determined to remain on standby to convene further extraordinary meetings, on a regular ongoing basis where required, to reassess the legal and factual situation as it evolves and adopt further decisions as necessary."

UEFA has now been forced to move the Champions League final for the third year in a row.

Portugal stepped in for 2020 and 2021 when COVID-19 restrictions ruled out Istanbul.

Saint Petersburg had initially been due to stage last year's final, but the Russian city was pushed back to account for Istanbul missing out in 2020.

The only club impacted by today's decisions is Spartak Moscow, who have been drawn against German side RB Leipzig in the last-16 of the UEFA Europa League.

All other Russian sides, and every club from Ukraine, have been knocked out of continental events.

A statement from the Ukrainian Football Association (UAF) has called on all Russian teams be thrown out of UEFA competitions.

UEFA's international event the Nations League is due to return in June, with Russia scheduled to host Iceland and Albania.

Ukraine have home fixtures with Armenia and the Republic of Ireland.

FIFA also has a Russia issue to address as World Cup play-offs for Qatar 2022 are due to be held in the country.

Poland are scheduled to play in Moscow on March 24 in their tie.

Russia are also scheduled to host Sweden should they beat Poland and the Scandinavians defeat the Czech Republic.

The winners of this tie would qualify for Qatar 2022.

Gianni Infantino, the FIFA President, said yesterday that no decision had been made regarding the matches.

Alexander Dyukov, the President of the Russian Football Union and also the chairman of Gazprom Neft, attended today's UEFA meeting.

Andrii Pavelko, the UAF President, was also part of the discussions.