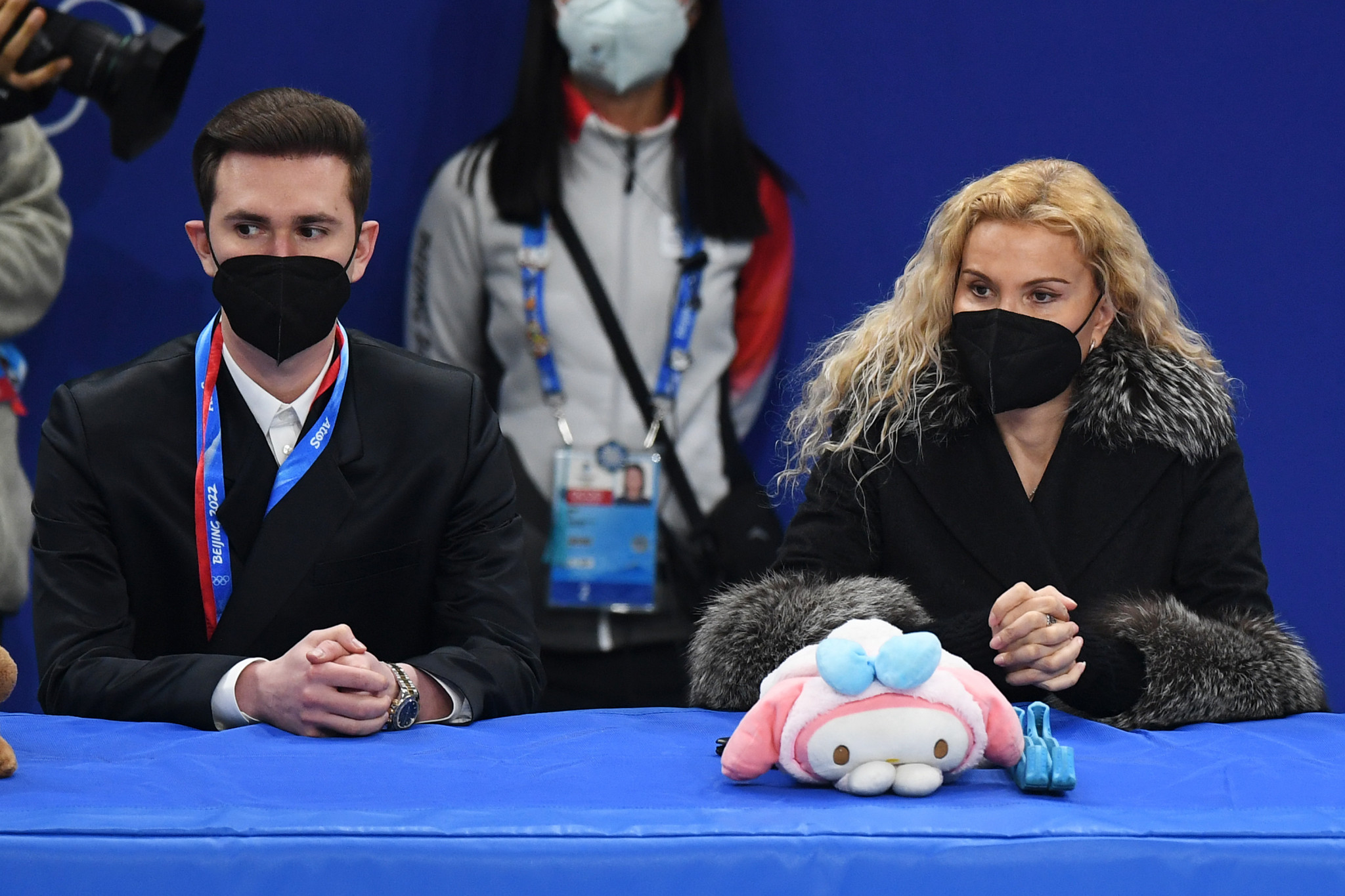 Russian figure skating coach Eteri Tutberidze has said Kamila Valieva faced a "test" at Beijing 2022 and hit back at criticism after a successful but controversial Winter Olympics for her skaters - while the 15-year-old thanked "everyone who has been with me during this tough period".

Valieva finished fourth in the women’s individual event at Beijing 2022 after being the centre of controversy since helping the Russian Olympic Committee (ROC) to win gold in the team event.

Her positive drug test had led to the postponement of the medal ceremony, while Valieva was only cleared for the individual event when a Court of Arbitration for Sport (CAS) panel opted against reimposing a provisional suspension.

Valieva’s error-strewn final performance left her outside the medals and in tears, with International Olympic Committee (IOC) President Thomas Bach among those to hit out at the "coldness" of her entourage following the competition.

Investigations are set to focus on Valieva’s entourage after her positive test.

Tutberidze had previously claimed she was "at a loss" following Bach’s rebuke, with the controversial coach now hitting back at critics as the Games concluded.

"Very fragile and at the same time very strong athlete.

"The test that fell to Kamila, our whole team needs to go through together.

"How indicative are such situations - those who were smiling yesterday, today left the stands, defiantly ignored and attacked like jackals, offering different methods of inquisition.

"So much the better, fate takes these people away from us, as if exposing the truth."

Valieva also took to social media to "thank everyone who has been with me during this tough period: who was by my side and did not let me lose heart, who sent me supportive messages, who was just thinking of me, who prayed, who believed me and in me.

"Thank you, my fans, my family and friends, my coaches, the entire ROC team, my country, and people from all over the world."

The teenager added, "I will always remember this, be grateful to you and skate for you", and thanks coaches including the under-fire Tutberidze in a separate post.

Tutberidze coached all three ROC skaters who competed in the women’s final, with Anna Shcherbakova winning gold and Alexandra Trusova the silver.

It was the second consecutive Winter Olympics she had coached the gold and silver medallists having also trained Alina Zagitova and Evgenia Medvedeva, first and second at Pyeongchang 2018.

Tutberidze wrote on Instagram that Shcherbakova had the Olympic champion status "for life" and praised her ability to give more to allow her to be "one of the most-titled athletes of our time".

Trusova was praised for breaking stereotypes by performing five quadruple jumps in a free programme.

"You can debate for a long time whether the game was worth the candle, but the steadfastness of the athlete is worthy of respect," Tutberidze said.

"And in this she is the first, and maybe the only one."

The skater was heard telling her coaches that she would refuse to attend the medal ceremony and claimed she may never skate again, adding "everyone has a gold medal but not me".

Trusova toned down her comments after the event.

Tutberidze has faced criticism from individuals in figure skating due to the short careers of the athletes she has coached at the Sambo-70 school.

The school also includes Evgenia Tarasova and Vladimir Morozov, who won silver in the pairs competition at Beijing 2022.