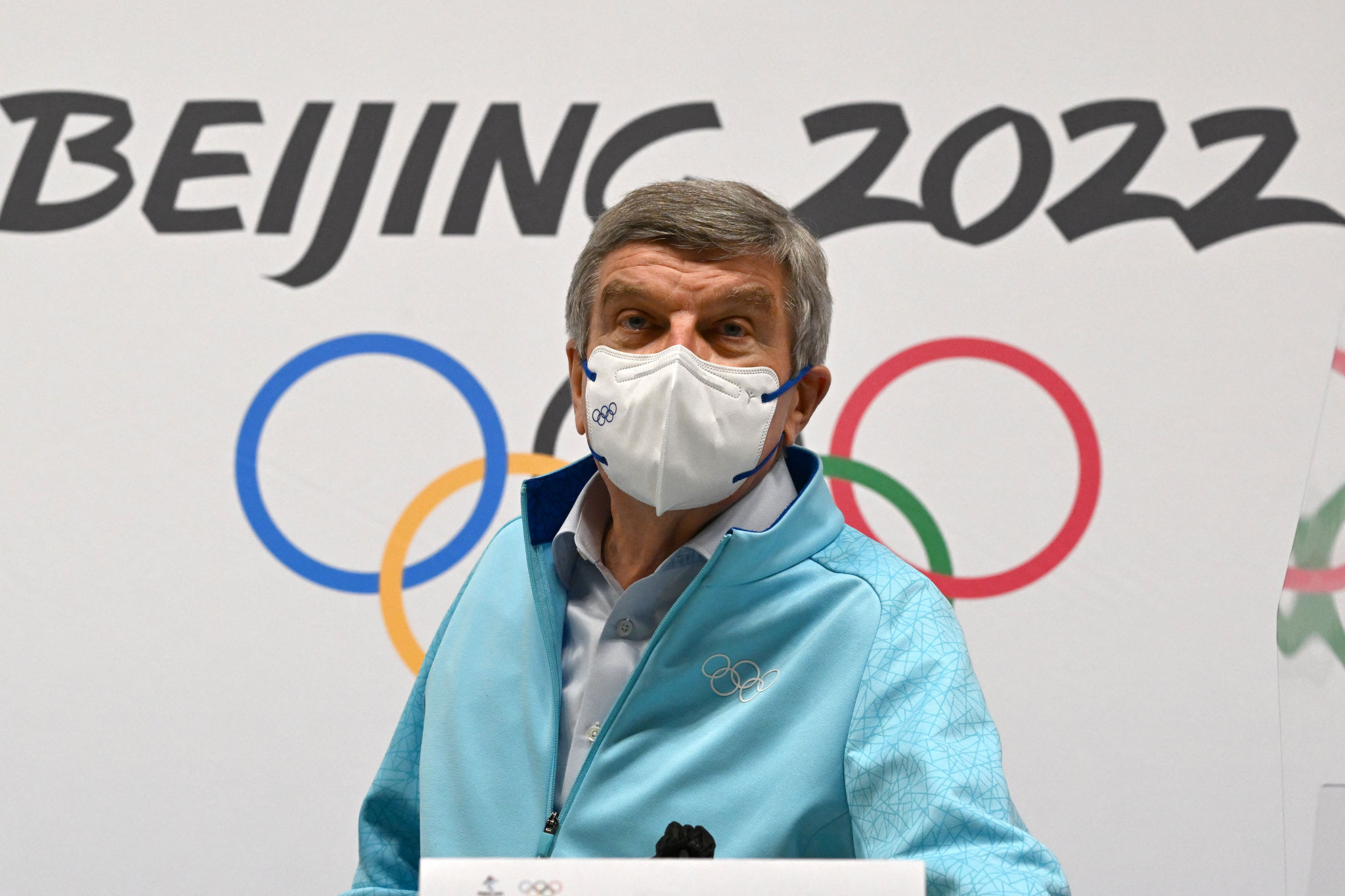 International Olympic Committee (IOC) President Thomas Bach has claimed he was "very disturbed" after watching Kamila Valieva's struggles in the women's figure skating competition here last night, hitting out at the "chilling atmosphere" of her entourage following the event.

Bach made his assessment at his final press conference at Beijing 2022 today, with the German official confirming he watched the event on television.

Valieva has been at the centre of controversy at these Winter Olympic Games, with the 15-year-old confirmed to have failed a drug tests.

Three days after being cleared to compete by the Court of Arbitration for Sport (CAS), who elected not to reintroduce a provisional suspension, Valieva saw her hopes of gold come crashing down following a series of errors.

Bach discussed the pressure experienced by Valieva, before criticising the coaching team.

"I was very disturbed yesterday when I watched the competition on television," he said.

"I saw how high the pressure must have been on her, this pressure is beyond my imagination.

"In particular for a girl of 15-years-old, to see her struggling on the ice, seeing how she tries to compose herself again and finish her programme.

"You could see in the body language, this was an immense mental stress.

"Maybe she would have preferred to leave the ice and leave the story behind her.

"When I saw how she was received by her entourage, but what appeared to be a tremendous coldness, it was chilling to see this.

"Rather than try to help her, you could feel this chilling atmosphere, this distance.

"If you interpret the body language, it got even worse.

"How to deal, how to treat minor athletes in the age of 15 under such mental stress.

"I can only wish for Kamila Valieva that she has the support of her family, of friends, of people who help her over this extremely difficult situation."

Bach's comments will increase the focus on Eteri Tutberidze, who coached all three Russian Olympic Committee (ROC) skaters who competed in yesterday's event.

While Valieva failed to reach the podium, Anna Shcherbakova took the gold medal and Alexandra Trusova the silver.

The controversial coach reportedly questioned why Valieva "stopped fighting" as the 15-year-old left the ice.

"Why did you let it go?' she said, according to Russian media.

The skater was heard telling her coaches that she would refuse to attend the medal ceremony and claimed she may never skate again, adding "everyone has a gold medal but not me".

Bach claimed the reaction of Truova added to his concerns over the environment around the ROC figure skaters.

Tutberidze has faced criticism from individuals in figure skating due to the short careers of the athletes she has coached.

Alina Zagitova took a break from competitive figure skating in 2020 citing a lack of motivation after winning gold at Pyeongchang 2018, while silver medallist Evgenia Medvedeva retired in December due to a chronic back injury.

Russian media has reported that Filipp Shvetsky, a doctor working with the Russian national team, has been part of the ROC delegation at Beijing 2022.

Shevtsky reportedly received a ban in 2007 following a doping investigation into the Russian rowing team, with a sanction claimed to have been lifted in 2010.

He has since reportedly worked with the national figure skating team and has accompanied Valieva to events, including the European Figure Skating Championships.

Bach supported the investigations and said "very strong measures" would be taken should wrongdoing be discovered.

"We are also in contact with the Russian Olympic Committee so that she, hopefully, can get the assistance she obviously needs.

"This needs to be in the interest of everybody.

"We trust this will come to light and we will not hesitate to take the appropriate measures.

"This will be very strong measures."

The ramifications from the event and the Valieva case will go on, with a conclusion to her doping case and a final decision in the team event competition likely several months away.

Valieva had been a key member of the ROC gold medal winning squad in the team event on February 7, with United States and Japan completing the podium.

The sample provided by Valieva was taken on December 25 at the Russian Figure Skating Championships in Saint Petersburg tested positive for banned substance trimetazidine.

Trimetazidine, a medicine usually used to prevent angina attacks and help blood flow to the heart, is prohibited both in and out-of-competition.

A decision on whether an anti-doping rule violation occurred will be made by RUSADA.