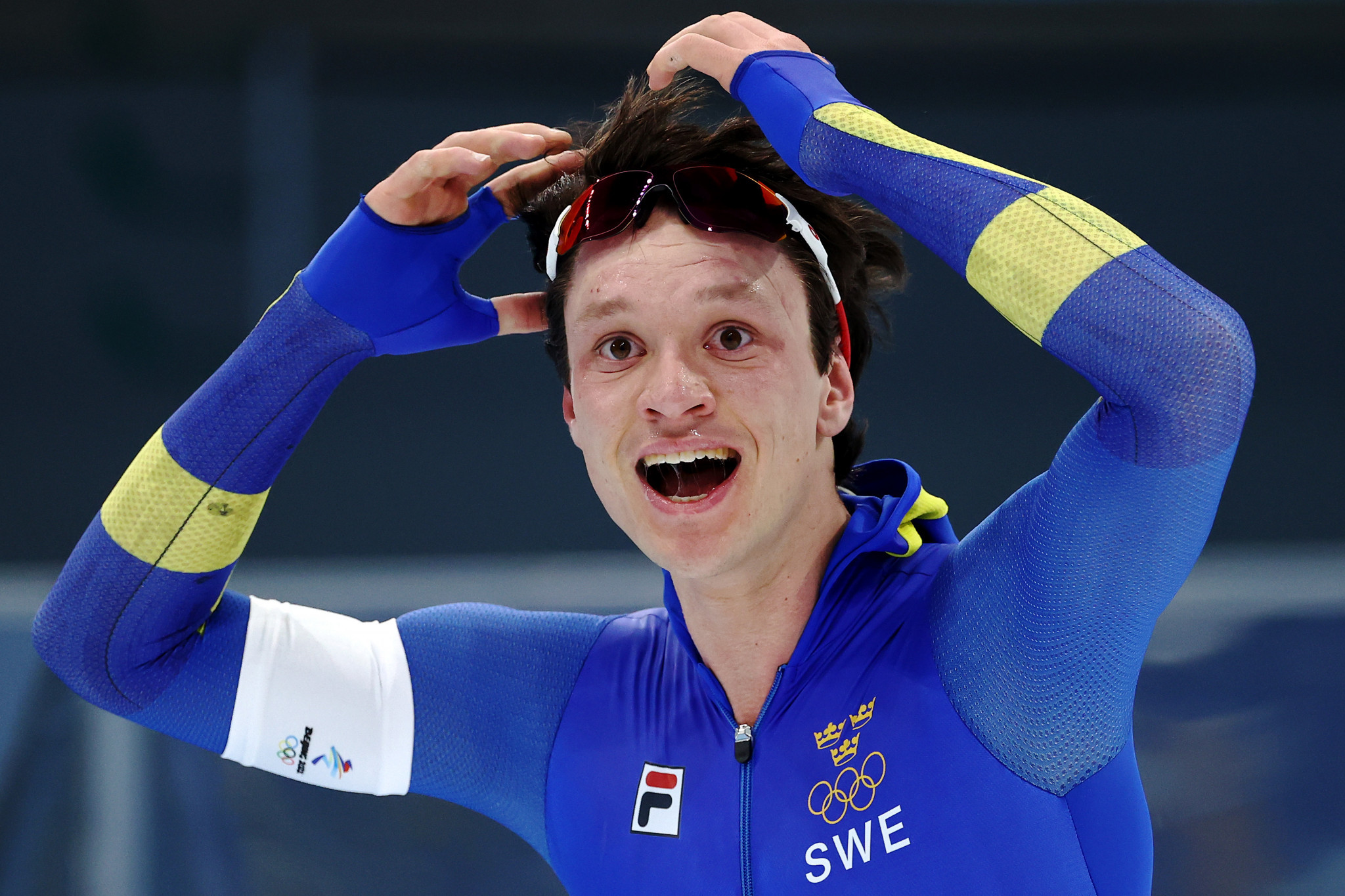 His time of 12min 30.74sec lowered his own record by over two seconds.

"Speed skating is not about suffering," Van der Poel said.

"It is about enduring hardship with ease that is the vital difference.

"With four laps to go, it was like OK, now I can also go for the world record.”

Roest posted his time in the second heat of the competition.

"I think I was good but I also knew that it was not like a special race,” Roest admitted.

"I also knew that Nils would not be scared of that, I know that he can do better, you never know but he did an incredible race but I have to be happy with the silver."

Bronze medallist Ghiotto also spoke of how difficult it is to race against Van der Poel.

"Racing against Nils is not an easy task but I was really encouraged when I saw he was close to the world record and I was not far away," Giotto said.

The list of those who set world records to win the longer distance include legendary skaters such as Eric Heiden of the United States and Norwegian Johann Olav Koss.