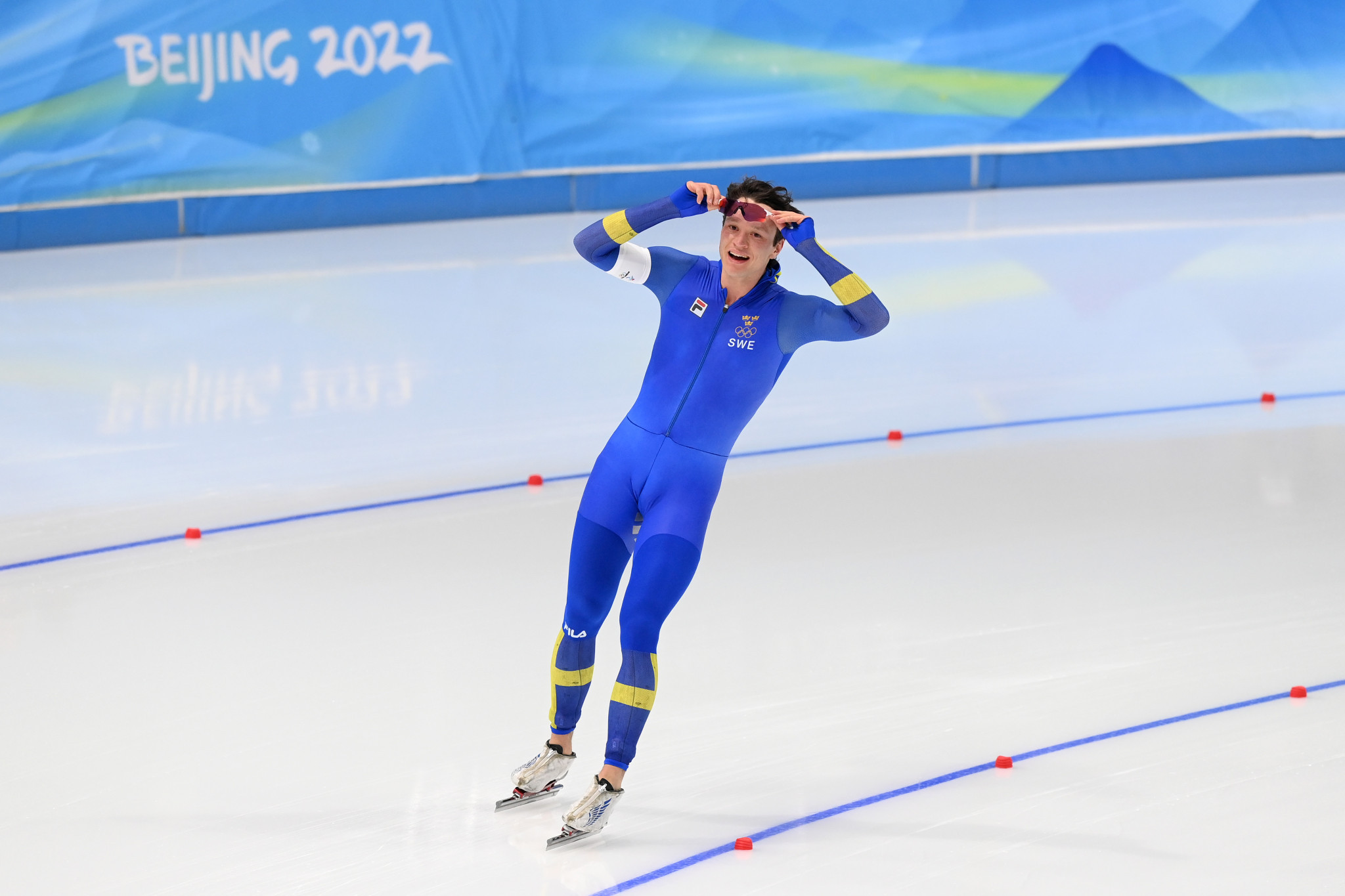 The world record-holder crossed the line in 6min 8.84sec at the National Speed Skating Oval to win a maiden Olympic medal, and Sweden's second gold of Beijing 2022.

The result represents a vast improvement on his ninth-place finish from Pyeongchang 2018, but was no great shock given the Swede's status as the world champion over both 5,000m and 10,000m.

"Right now I am quite empty and tired, I'll try to come up with something to say," Van der Poel said following a dramatic ending which saw him close on Patrick Roest's time but not dip under it until he crossed the line.

"A few seconds ago I was emotional.

"I cannot imagine performing like this in such a race."

Roest was the top name from the perennially dominant Dutch team, having to make do with the silver medal, coming up 0.47sec adrift of the Swede.

Hallgeir Engebråten of Norway won the bronze medal, 1.04 behind Van der Poel, while defending Olympic champion Sven Kramer of The Netherlands was ninth.

Sergei Trofimov of the Russian Olympic Committee and Jorrit Bergsma of The Netherlands completed the top five, in that order.

Ted-Jan Bloemen from Canada, the 2018 Olympic silver medallist, was 10th.

The women's 1,500m is due to take place tomorrow at the National Speed Skating Oval.